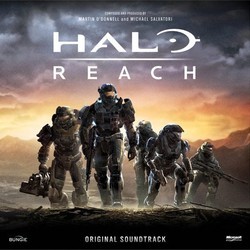 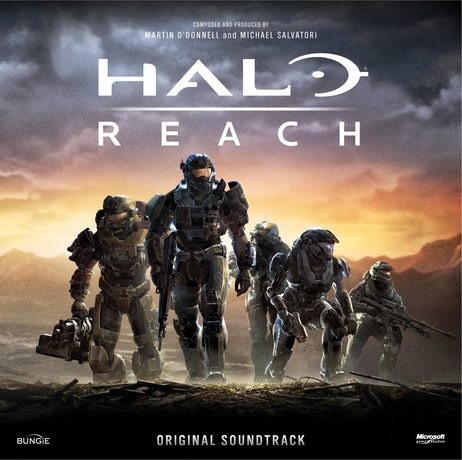 Hide reviews in other languages
Halo: Reach - 05/10 - Review of Steve Ewing, submitted at 2010-10-26 06:24:55 (English)
Quality over quantity. We’ve all heard the phrase before in some context, though perhaps it has never been more applicable than when listening to the soundtrack to Halo: Reach. Written by Martin O’Donnell (the audio director for Bungie, the game’s developer) and Michael Salvatori (a veteran Halo composer), the album consists of 20 tracks totaling 1 hour and 47 minutes of musical purgatory. The first 5 of the 20 tracks match the length of a lot of entire soundtracks, and after these 5 tracks the listener has already heard all of the musical themes and elements that will then be repeated for the next 15 tracks. What’s more, the music is synthesized despite the rising trend of video games with live musicians, and considering the budget this game undoubtedly had. A disappointment, to be sure.

Of course, the unfortunate fact of the matter is that the music was written to accompany the game. To better understand the music, it helps to understand the game. Reach is a colonized and distant planet where aliens are threatening to bring about the downfall of the whole planet. As such, the game is played on the planet Reach as a human fighting off the marauding aliens. It makes sense, then, that the music be unpredictable and frenetic, and that’s exactly what the composers have scored.

Another nice element of the music is the continued use of a choir (albeit synthesized). It is used in tracks both fast and slow; soft and aggressive. Since the beginning of the Halo series, the music has included a choir, and at times throughout this soundtrack, the composers snuck in little snippets of the recognizable main choral theme from the early Halo games. The choir is perhaps the most dynamic part of the music; it is used in music styles ranging from mysterious to hectic to chorale-like. Where the choir sings more slowly, it often sounds like what Howard Shore wrote for the Lord of the Rings trilogy, entirely reliant on interesting chordal transformations in the absence of any sort of moving melody.

The majority of the music - and again, it is written to correspond with the video game - has a fast tempo and aggressive feel, employing heavy percussive sounds. From this the listener gets a sense of amazonian wilderness; an image of the main characters in the game charging through the vast and uncharted wilds of the remote planet, combating the unlucky aliens who cross their path. To say that the composers achieved this so well is probably the greatest compliment this soundtrack could ever hope to receive.

This brings me back full circle to my original complaint of quality over quantity. So far I have had mainly good things to say about the music, and with an hour and 47 minutes of music, there are plenty of opportunities for good music. Where this soundtrack dearly suffers, though, is in its organization. Most popular and successful soundtracks are condensed into a handful of tracks that highlight the best music and leave out “filler” music that is unenjoyable when strictly listened to. Unfortunately this entire soundtrack seems to be music that has simply been pulled straight from the game and put onto the CD.

There is no flow or organization to the tracks, or even to the music within each of the tracks. What’s more, the composers managed to arrive at quite a few wonderful musical themes in many of the tracks but never took the time to develop and expand them. (Probably because doing so would require them to write music beyond what’s included in the game.) A pity, really, because so much of the music has potential. Instead, these little musical gems are awash in a sea of numbingly repetitive “filler” music that really ought to have been stricken from the CD.