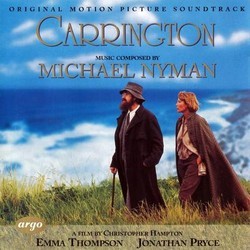 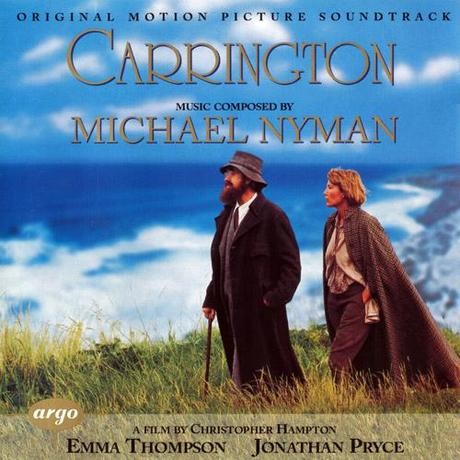 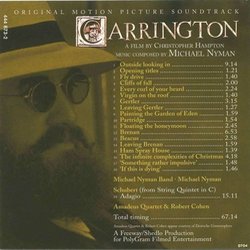 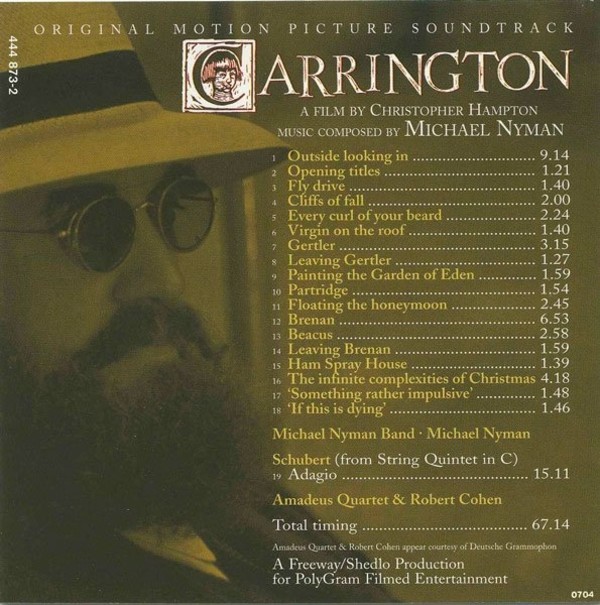 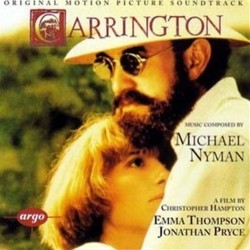 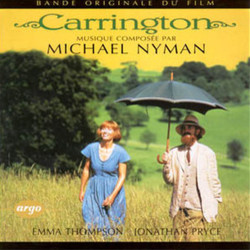 Carrington - 08/10 - Review of Tom Daish, submitted at 2010-10-08 21:41:25
I've noted elsewhere that film composers tackle biopics of painters rather well, from Miklos Rozsa's Lust for Life to Elliot Goldenthal's Frida and Jeff Beal's striking score for Pollock. Carrington is almost a double biopic as it covers the lives of painter Dora Carrington and author Lytton Strachey around the time of the first world war. Even though the latter was a gay man and the former a straight woman, they formed a strong, but non-sexual love that dominated both their lives. Perhaps the reason the music is so strong is that much of it is derived from various Nyman concert works, most notably his third string quartet, ideas from which represent the title character's (played by Emma Thompson) relationship with Strachey (Jonathan Pryce), while the other relationship are developed from new material.

Rather than an idea to herself, Carrington is musically defined by the relationships with those around her. Outside Looking In largely sets the tone for the score, a sort of lengthy overture that preludes the Opening Titles. Given the more subtle nature of the film, Nyman dials down some of his more unusual mannerisms and relies on a largely string based score. There is certainly little in the way of the bouncing saxophones and unusual orchestral combinations that are dominant elsewhere. That Nyman sustains the interest so convincingly is as pleasing as it is surprising. A more limited palette does tend to show up the inadequacies of minimalist writing, but Nyman fills the score with gorgeous motifs and an aching pathos that never becomes maudlin or depressing. There are some lighter moments, particularly the playful Fly Drive and Gertler, the latter sounding curiously like Philip Glass in its harmonic shifts, but not obtrusively so.

Towards the end, it becomes a touch samey, but the final few tracks are worth the wait, particularly The Infinite Complexities of Christmas, where a gorgeous saxophone line is laid over pulsing strings. It's nice hearing a saxophone in a classical context where its timbre is so beautifully melded with the rest of the orchestra, rather than sticking out as overly abrasive and too idiomatically associated with jazz and big band music. The album rounds out with the sublime adagio from Schubert's String Quintet in C, a haunting way to conclude. My dodgy memory could be failing me, but I'm fairly certain that Carrington was the first Michael Nyman score I ever purchased and was almost the last. On reacquainting myself with it, I'm not entirely sure what I didn't enjoy about it the first time around. I suppose it has quite a classical and occasionally restrained sound at times, plus the album is a touch long. It's probably not an ideal place to start as novices may find it hard going, but ultimately a high recommendation is in order.