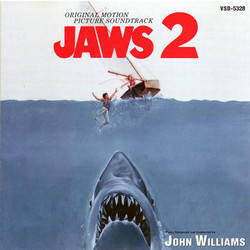 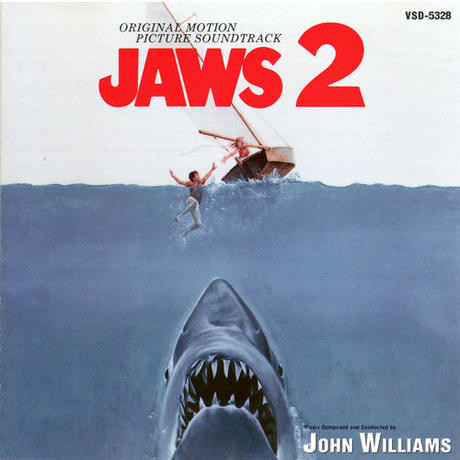 Jaws 2 - 10/10 - Review of Tom Daish, submitted at 2010-10-02 12:59:37
Although plenty of great films receive superb sequels, some improving on the originals - The Empire Strikes Back, Godfather Part II etc., but most observe the law of diminishing returns and are junk. Having said that, I've always been rather fond of Jaws 2; it's obviously not a patch on Spielberg's classic, but it's about as good as could be hoped for, with some excellent sequences, almost worthy of the original, several genuine shocks, a different enough story and some pretty decent characters. Only occasionally do the teenage protagonists become hysterical and annoying, but most of the interaction between them is pleasingly genuine; Roy Scheider and several other of the original cast members reprise their roles from the original for continuity. One member of the original crew whose input is a striking asset is John Williams who contributes a score that uses a few basic elements of the original - the obligatory shark motif, for one - and takes the music off in some new and interesting directions.

Although the shark motif is a superb, but surprisingly simple tension building device, the original Jaws score isn't really that scary for much of its running time. The latter sequences are much more heroic and adventurous, rather than relentlessly horrific. Jaws 2 is distinctly more disturbing in places, but equally, Williams fashion some new and hugely memorable out to sea adventure music. My favourite of these is undoubtedly the playful Catamaran Race, one of those effortless Williams scherzos that trips along with all the excitement of a breezy dinghy race. Unfortunately, the film dictates that it is only reprised on a couple of occasions, notably The Open Sea and in the zippy End Cast portion of the end credits. A variant on the tourist montage from the original is included as the brief, witty The Menu. As mentioned, the action sequences are treated with a somewhat grimmer tone, with Attack on the Helicopter, Fire Aboard, Sean's Rescue and Attack on the Water Skier all hellishly exciting, mixing rushing harp textures with the shark motif and brash brass ideas. It isn't a film that requires subtlety and so Williams pulls out all the stops to make it as exciting and hair raising as possible and succeeding, as usual. The final sequence, The Big Jolt, is fugal passage that builds towards a terrific climax and is dynamite in the film and conveying all the excitement of the sequence on CD.

The End Title is a variant on the original's subdued, chiming bell style end credit, but here, Williams builds the climax much more intensely, with huge, heraldic brass chords that clearly state: we won, the shark is dead (but don't forget to go and see Jaws 3... although on second thoughts, don't bother...), followed by the reprise of the Catamaran Race music. I was tempted to say that Jaws 2 doesn't have the same number of stand out cues as the original, but it would be a disservice to the score as there are plenty of memorable moments and a couple of great new themes in amongst the sometimes dissonant action cues. As with many Williams albums, the music is out of sequence, but the notes contain track descriptions, plus a summary of the film summary by Kevin Mulhall and the order the tracks appear in the film. The album also has notably crisp sound, a testament to the best in analogue recording. Jaws 2 is perhaps unfairly overshadowed by its Oscar winning predecessor despite being a terrific follow up and another Williams gem.