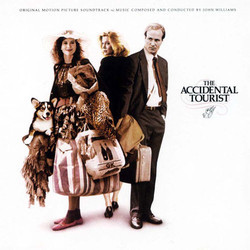 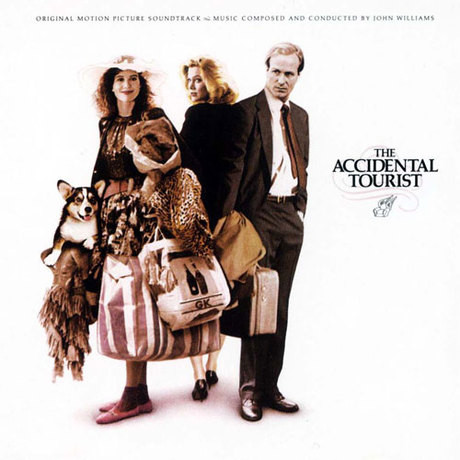 Show reviews in other languages
The Accidental Tourist - 06/10 - Review of Tom Daish, submitted at 2010-10-02 12:11:40
The Accidental Tourist, like Witches of Eastwick is one of the more recent John Williams scores that is out of print and much sought after. The film is a romantic comedy-drama, although you'd never guess the comedy part from Williams' mainly low key score, which only infrequently bubbles into life. Being Williams it is invariably better than similar, low key scores, but surprisingly is only based around one theme, which (curiously) recalls one of the carols Williams penned for Home Alone. It is a multi sectioned theme which means that the different segments do at least provide more variety than the fairly insipid efforts that often grace such low key affairs. However, this is very much a one theme score with different variations, ranging from quiet, piano based performances to the fully orchestral arrangement that appears in A Second Chance and the End Credits. As far as I can tell, they are exactly the same piece, but are definitely the highlight of the score, if only because it is so much more animated than everything else.

Fans who enjoyed Stanley and Iris and, dare I say it Stepmom and the like will most certainly enjoy much of this score. For my money it is never quite as tedious as Stepmom (mostly because the album is that much shorter), but doesn't have the richness and variety of Stanley and Iris. As the album is long out of print, it will be tough to find, however paying much more than regular album price is probably a waste; there are plenty of other easier to find and better Williams scores out there to pick up first. If you're desperate to at least have a taster then one of Silva Screen's earlier Williams compilations features Wedding Scene (as far as I can tell) and a Naxos compilation features the End Credit (in about the only worthy performance on that album). Play the former a dozen times and the latter twice and you won't be a million miles away from the score album. OK, it's not quite that blankly repetitive, but certainly doesn't contain the variety one expects from a Williams effort, nice though it is.

Other releases of The Accidental Tourist (1988):