Won Ton Ton: The Dog Who Saved Hollywood
Oh Dad, Poor Dad, Mamma's Hung You in the Closet and I'm Feelin' So Sad 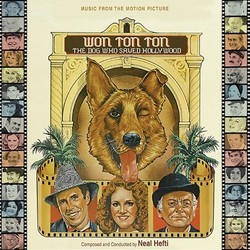 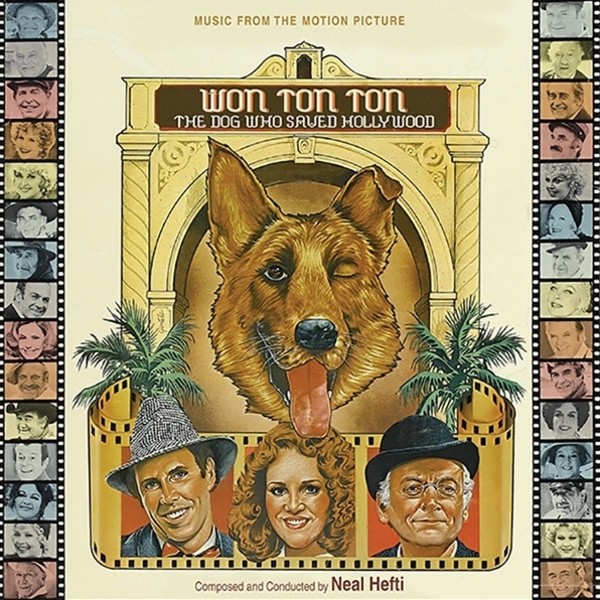 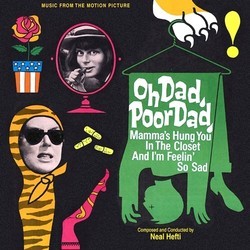 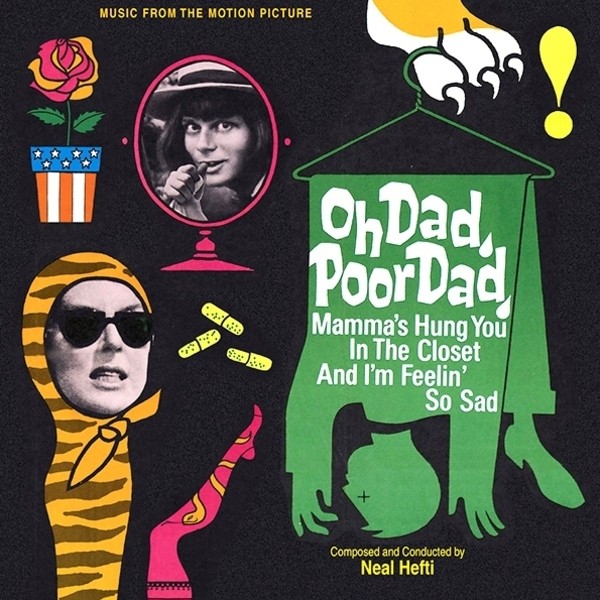 Won Ton Ton: The Dog Who Saved Hollywood (1976)
Kritzerland is proud to present two great scores on one CD ľ one a world premiere release and the other a first U.S. release on CD :

WON TON TON: THE DOG WHO SAVED HOLLYWOOD
and
OH DAD, POOR DAD, MAMMAĺS HUNG YOU IN THE CLOSET AND IĺM FEELINĺ SO SAD

Composed and Conducted by Neal Hefti

In 1976, Paramount had an interesting slate of releases featuring dramas, comedies, and even two musicals. Two of the comedies and both musicals were spoofs, but this was several years before Paramount would hit it big with the spoof to end all spoofs, Airplane (the big hit comedy from Paramount that year ľ The Bad News Bears ľ wasnĺt a spoof). The musical spoofs that came and went were The First Nudie Musical and Bugsy Malone, both of which would go on to cult film status. The two comedy spoofs were The Big Bus, a send-up of disaster movies, and Won Ton Ton: The Dog That Saved Hollywood, a send-up of the silent film era and canine movie heroes like Rin Tin Tin and Lassie.

Won Ton Ton seems almost the end of an era. The cast included a huge number of cameos by an amazing array of Hollywood veterans, over fifty of them. The leading cast featured Bruce Dern, Madeline Kahn, Teri Garr and Art Carney, and a brilliant performance by Augustus von Schumacher as Won Ton Ton. To the filmmakers, it must have seemed like a film that could not lose.

The film came out, received middling reviews, and disappeared until the advent of home video and cable allowed people to find it and enjoy it for what it was ľ a fun, celebrity-filled lark with some truly amusing sequences. And the producers could not have made a better choice of film composer than the great Neal Hefti.

Heftiĺs style was breezy and melodic, but he was also an expert dramatic composer ľ even in his comedy films ľ and such is the case with Won Ton Ton. The flavor of the main title music, which evokes the 1920s, continues throughout the score for the upbeat cues, but Hefti also has several beautiful themes running throughout the film to underscore the sweet affection the dog feels for the Madeline Kahn character. Itĺs a truly delightful score, both in and away from the film, and itĺs classic Hefti all the way.

This is the world premiere release of Won Ton Ton, taken from the multi-track tapes stored in the Paramount vault and newly mixed especially for this release, in wonderful stereo sound.

Our second feature is Heftiĺs infectious score to the 1967 comedy Oh Dad, Poor Dad, Mammaĺs Hung You in the Closet and Iĺm Feelinĺ So Sad, an adaptation of Arthur L. Kopitĺs 1962 play. For the film, Neal Hefti created another melodic and fun score, including a bouncy main title song and several classic Hefti tunes along the way. Our source for this CD was the original three-track album master.