The Adventures of Baron Munchausen 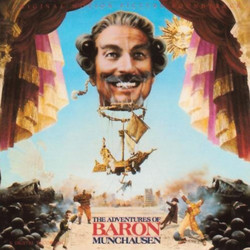 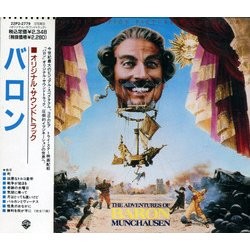 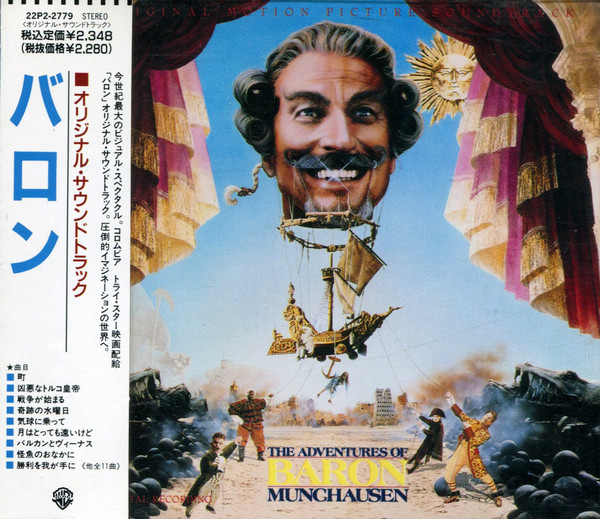 The Adventures of Baron Munchausen - 07/10 - Review of Tom Daish, submitted at 2010-09-28 21:42:00
I feel sorry for Terry Gilliam. Not only was he always thought of as the 'other' Python - the American one who did the animations, but rarely appeared onscreen - but in his career as a film director, most of his projects have been besieged by problems. None quite reached the grand failure of his Don Quixote project which, after a couple of weeks of filming, ended up with no star and sets destroyed by thoughtless weather. A decade and a half earlier, Gilliam did manage to bring to life the improbable stories of a larger than life character in The Adventures of Baron Munchausen, made for the then almost unprecedented sum of $46 million, which even today isn't a small sum of money. Unfortunately, Baron Munchausen turned out to be just a little too ambitious and extraordinary for the public - despite generally good reviews - and turned into one of the biggest flops in history. Fortunately Gilliam still makes films and we can only hope that he ultimately becomes the success he ought to be.

I was fortunate enough to be present at the premiere of Michael Kamen's wonderful tone poem/symphony The New Moon in the Old Moon's Arms and none other than Gilliam himself was in the audience. Not bad going considering the pair only worked together on this, Brazil and their final collaboration Fear and Loathing in Las Vegas. Baron Munchausen is the kind of surreal epic that can't fail to ignite the imagination of a composer and yet, like the film itself, Michael Kamen's musical ambitions don't quite hang together despite some typically deft touches. The Town opens with a bouncy madrigal style whistle tune, an idea that appears from time to time throughout, but this gives way to The Sultan and the song, The Torturer's Apprentice, with lyrics by Eric Idle in distinctly silly and Pythonesque mood. The score's main theme is a fairly good heroic tune, perhaps more suited to represent the Baron's adventures rather than the Baron himself. However, there are quite a few rather silly passages, notably the daft march in the middle of On the Moon. It's meant to be mocking and slightly loony, but frankly mock pomposity can be achieved with more agreeably musical results, although a paraphrase of Beethoven's Moonlight Sonata is a nice touch.

Although there are enough rousing orchestral passages, synthetic versions of some instruments, as well as entirely synthetic ones are used throughout. The comedic music, in particular, uses a number of them and sometimes they work, but often they don't. Although they sometimes suggest a score on a budget, the ghostly chorus of In the Belly of the Whale - an album highlight - suggests the opposite. The limitations of the Graunke Orchestra become a little more obvious in The Final Battle where the brass sound flatulent rather than bold, although Kamen's distinctly edgy and churning music is exciting, especially when the main theme sounds out in heraldic fashion. A difficult score to rate as some of it is very good, but much of it is rather daft and stops being engaging. I can happily cope with improbable sounding music (anyone who's heard any of Ennio Morricone's comedy scores will know true musical weirdness), but Kamen was perhaps working too hard to be kooky, when he should have just played it a little bit more straight. The album is out of print and how very hard to find, although Kamen fans would be advised to grab any copy they are lucky enough to happen upon.

Other releases of The Adventures of Baron Munchausen (1988):