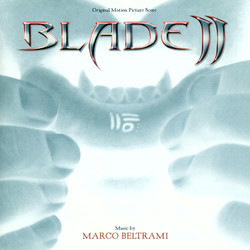 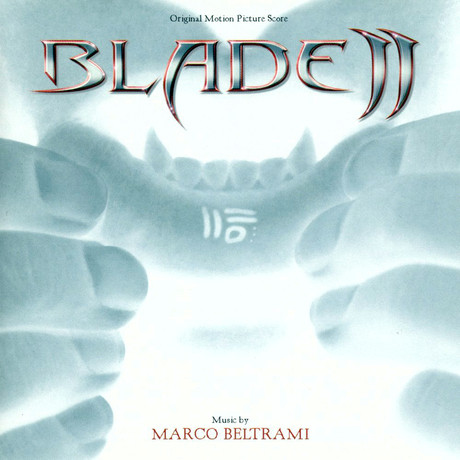 Hide reviews in other languages
Blade II - 06/10 - Review of Tom Daish, submitted at 2010-09-08 22:27:40 (English)
Marco Beltrami made it big scoring horror films; Mimic and the even more successful Scream films, but seems to have got stuck in a rut scoring progressively worse variations on the genre. Maybe he enjoys scoring them, but I would think that the challenge starts to dissipate after a while and certainly narrows the directors likely to employ his services. The original Blade was scored by Mark Isham whose music was all modern and cool in the film, but not to my liking at all on its own. Beltrami's recent efforts haven't exactly been great, but Blade II is something of an improvement if not an inspired revelation. I suppose Blade isn't really horror, more vampire coupled with elements of superhero, which is likely why this is somewhat more interesting than his recent scores.
The result is that Beltrami is able to steer away from over extended suspense writing which has often bogged down his recent efforts and produce some really rather good action music. Suckheads Infiltrate is where the score really starts cooking with yet another variant on the Crouching Tiger percussion, albeit more subtly incorporated. Beltrami's orchestration is surprisingly sparse, this is not dense orchestra and electronics, but just the right amount of both. About the only time when the orchestration gets more intense are when he employs the kind of howling brass that Elliot Goldenthal is so fond of, indeed a couple of moments could easily be from Alien 3.