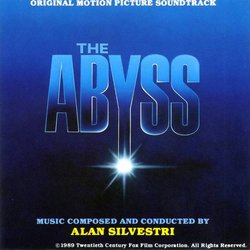 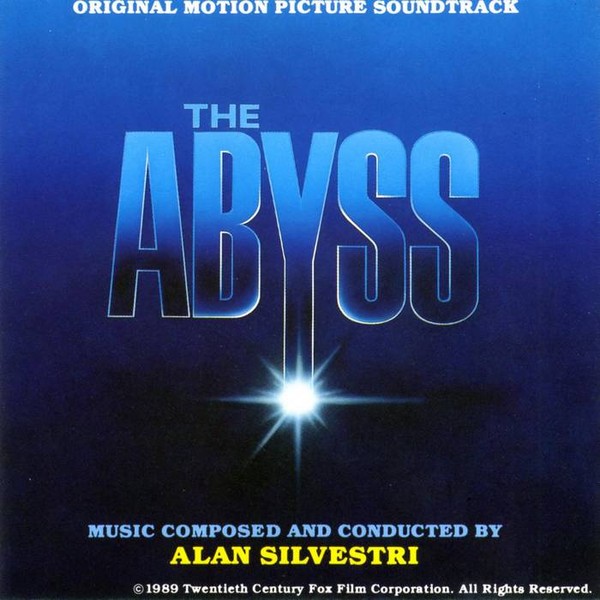 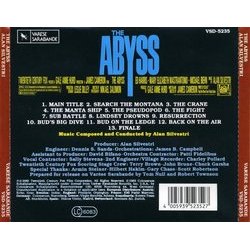 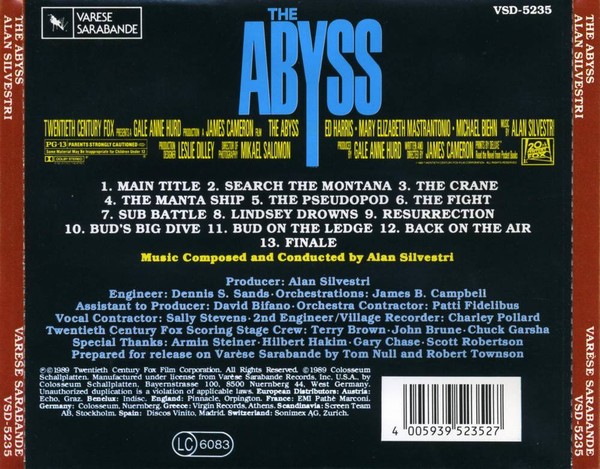 The Abyss - 08/10 - Review of Tom Daish, submitted at 2010-10-09 12:25:53
Before sinking the Titanic, James Cameron originally went out to sea, or rather, under the sea in The Abyss, an underwater riff on Close Encounters with a passable anti-nuke sub plot. In much the same way as Ridley Scott, Cameron seems to get on much better with less capable composers - he had previously worked with Brad Fiedel who provided the plinky synth score to Terminator, but had huge arguments with James Horner (during his 80's prime) while scoring Aliens. However, like Scott, Cameron does usually get pretty good results and while Fiedel's music is pretty limp stuff, it is an effective backdrop to the cyborg/time travel story. Fortunately, The Abyss resulted in a one off partnership with Alan Silvestri, who by 1989 was well known for his Back to the Future scores, but had also provided some tense music for Predator.

The Abyss mixes Silvestri's more rhapsodic side with the militaristic and the result is a slightly uneven, but mostly successful score. Perhaps the most memorable sections are those concerned with the sub aquatic aliens and Silvestri treats them with Williams level awe and wonder which, at times, comes close to the finale of Close Encounters and made all the more noble and inspiring thanks to some terrific choral writing. The final three tracks, Bud on the Ledge, in particular, are superb with Silvestri's simple, but extremely effective cadence providing the backbone for these cues. The first half of the score is a more standard thriller effort; Search the Montana, The Crane and The Pseudopod are fairly generic Silvestri percussion sections, although the second half of The Pseudopod mixes in some Goldsmithian impressionism with a dash of John Williams mischief. The same is true of The Manta Ship where Silvestri mimics the playful movement of the aliens with some light hearted woodwinds.

A few segments do, unfortunately, disappoint. The Fight is a less interesting variant on Predator, limited percussion ideas overlaid with atmospheric synths. Sub Battle is something of an improvement, even if it does recall the skateboard chase music from Back to the Future at times. However, a couple of minor lapses don't do too much to dent the overall quality of the score, even if they do prevent it from being what could potentially have become Silvestri's absolute best. It is this kind of issue that reveals just why Williams is considered such a great film composer, he perfectly balanced an impressive opening of dissonance and with a richly melodic finale for Close Encounters, but Silvestri isn't able to make the build up to the euphoric finale quite so engaging. Still, one of Silvestri's most memorable efforts.
The Abyss is a great soundtrack and fans of Silvestri will absolutely love. His trademark writing style is present throughout most of the score. The main reason to get this score is definitely for the last 3 tracks, especially 'The Finale'. In these 3 tracks, Silvestri unleashes awe and wonder and lets the orchestra and choir soar into the heavens for about 13 minutes. This material is some of the best music he has ever written and appears in compilation CDs everywhere.

The 'Main Title' hints at the material in the last 3 tracks and then bursts into a snare drum solo. The action music, which is also good, is trademark Silvestri with brass and percussion, present in 'The Crane', 'The Fight', and 'Sub Battle'. The real treat is the last 3 tracks, so if listening to the score from beginning to finish, be patient and wait for the last 13 minutes. It`s well worth the wait!
This soundtrack trailer contains music of: