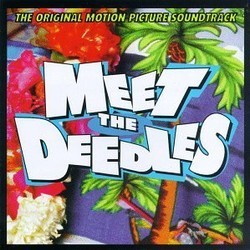 his is the film that begs the existential question 'Why?' on so many levels it could drive the most sublime Buddhist nuts. How bad is this nit-wit teen surf romp? Jazz singer Diane Shuur, whose unfortunate nickname happens to be 'Deedles,' sued the film's distributor, claiming it made her look bad! The soundtrack is indeed better than the film, leaning on heavy doses of late '90s ska revivalism for its charms. 'Hawaii Five-O' with a blue beat? You betcha! And one more question, Grasshopper: Is the tail (the soundtrack) now wagging the dog (this big, bad bow-wow of a movie)?