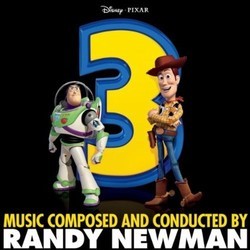 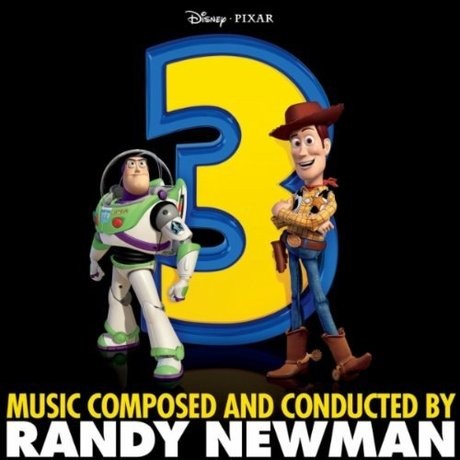 Show reviews in other languages
Toy Story 3 - 09/10 - Review of Jason FLZ, submitted at 2011-05-08 22:14:42
Not since Beauty and the Beast has an animated film made an impact the way Toy Story 3 did. Rounding out the trilogy, TS3 proves that a kids film can be enjoyed by adults and teens who grew up with the franchise just as much. Undeniably, the last entry in the series is also the darkest. Mature themes such as growing up and accepting death are explored throughout. Returning to conclude the franchise musically is Randy Newman, who provides his best score for the series here.

First off, let me recap the two songs featured here. The first is 'We Belong Together', a Newman song. It's one of those typical Newman songs that you've heard before, nothing special. The second is a spanish variation of 'You've Got A Friend in Me', performed by the Gipsy Kings. There also is 'Zu-Zu', a fluffy piece that characterizes Ken's flamboyant character. It's a nice little rendition of the theme and is ironically more entertaining than the song Newman contributed. Sadly, this is the only album that doesn't feature the song itself. The treat, however, is the score material. Newman's music for the previous film's worked effectively, but weren't as strong when presented stand alone-wise. With TS3, however, Newman presents a powerful and mature score that shows that he can write great music when inspired.

The opening 'Cowboy' immediately jumps into the action. Mixing orchestral western/adventure music, pounding electric guitars, and mettallic suspense music with militaristic touches play out this fun track. Newman also introduces a new motif with 'Sunnyside', a laid back, harmonica medley representing Sunnyside Daycare and Lotso the Bear that feels immediately refreshing. Another interesting little touch comes in 'Spanish Buzz', with a mix between percussion and salsa flavored guitars. This is where Newman becomes darker, however. 'Come To Papa', 'Bad Buzz', 'What About Daisy', 'To The Dump', and 'The Claw' all drop the light-hearted material and aim for more percussion and darker rthyms ('The Claw is the best example and is easily one of the highlights of the album, using metallic percussion to add to the dire tone before exploding into orchestral brilliance, definitely standing out from any other animated film). The final element of the score is the more emotional material, employing a whole motif for the character of Bonny, a soft melody that feels like a lullaby more than anything. 'Going Home' and 'So Long' both employ a mix between 'You've Got a Friend in Me' and Bonnie's theme, before pulling out the orchestra one final time. Guaranteed, it might make some cry.

Overall, Toy Story 3 is a fitting end to both the series and the music. Portions of the score do feel like the previous scores, but for the most part Newman takes creative integrity with constructing a surprisingly powerful score that works on all levels. The songs featured on the album are fun but nothing too exciting. The score, however, stands out. Those looking for the famous main song to make an appearance in the score will be disappointed, as it is only hinted at. Otherwise, a must have for any Newman/Toy Story fan.
Oscars: Best Original Song: "We Belong Together" (Winner)