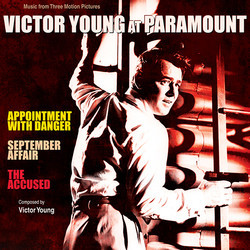 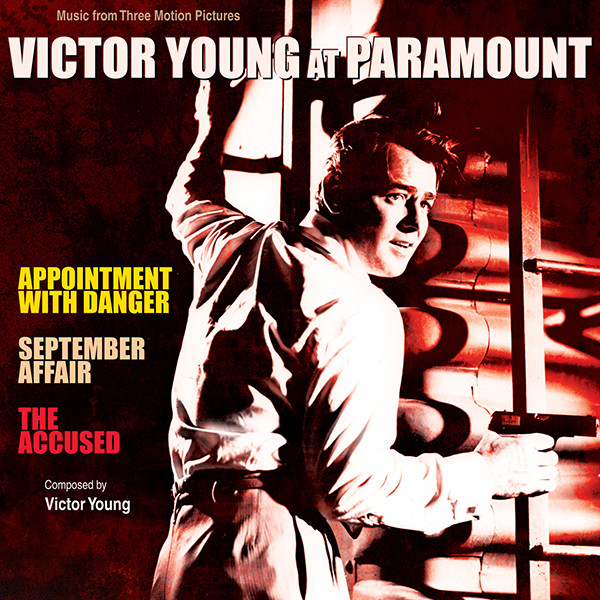 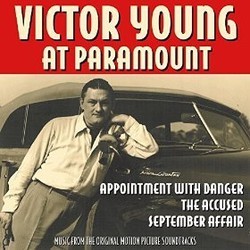 The Accused (1949)
Kritzerland is proud to present a new limited edition world premiere release – three great scores on one CD:

Paramount and Victor Young – one of the greatest studio/composer relationships in history. Over the course of his career, Victor Young received an astonishing twenty-two Oscar nominations (in 1940 and 1941 he was nominated four times in the same year!). But he would not win the golden statuette during his lifetime – he won the Oscar for Best Music (Dramatic or Comedy Picture) posthumously for Around the World in Eighty Days. Some of his themes are among the most beloved of all time. For this CD, we are proud to present three world premiere releases – a Victor Young triple bill.

First up is Appointment With Danger, a 1951 crime film noir directed by Lewis Allen, starring Alan Ladd, Phyllis Calvert, Paul Stewart, Jan Sterling, Jack Webb and Harry Morgan. For the film, Young composed a terrific score, beginning with an exciting “Prelude.” From there he provides wonderful underscoring for the various plot turns, with nary a love theme to be heard. This is Young in suspense and drama mode and he keeps things moving along right up until the exciting final cues.

Our second feature, The Accused, is another film noir, this one from 1949, starring Loretta Young, Robert Cummings, Wendell Corey and Sam Jaffe. Beginning with a classic Young “Prelude” which sets the tone for all that follows, the score plays up the characters and their emotions. It features a beautiful theme, which is used throughout the score. There’s also some suspense music here and there – it’s a terrific score straight down the line.

For our final feature, we have September Affair, a 1950 film starring Joseph Cotton, Joan Fontaine, Jessica Tandy and Robert Arthur. The score for September Affair is a perfect example of what Young did as well as anyone – a gorgeously melodic, picturesque, touching and captivating score. You’ll musically visit Rome, Naples, Pompeii and Capri, and be a party to all the drama the characters face. Young also subtly uses the great Kurt Weill/Maxwell Anderson song “September Song” skillfully in some cues.

This is the world premiere release for all three scores, and we present all the surviving cues from each, transferred from the elements in the Paramount vaults.

Victor Young died too young at 56 – but he left behind a brilliant film music legacy and we’re very pleased to bring these three great scores to CD for the first time.