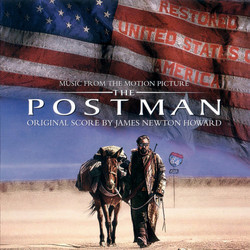 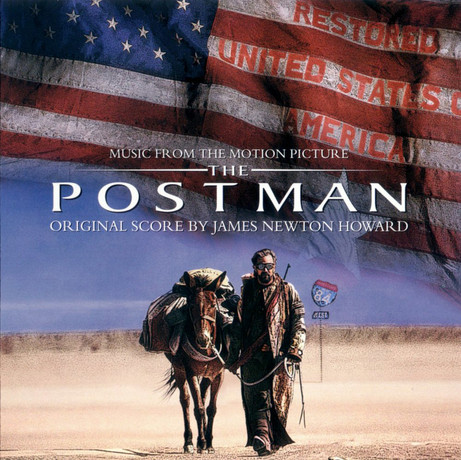 The Postman - 04/10 - Review of Tom Daish, submitted at 2010-09-26 20:15:59
Despite there only being 7 tracks of score, the James Newton Howard score still makes up the bulk of the music on this album. It came as no surprise to me to discover that this is very similar to Waterworld, indeed the subject matter of the film is quite close in town to that movie. Combined with the rolling vistas of Dances With Wolves and you basically get the Postman. The one thing that separates The Postman from Waterworld is a decent theme. The Mariner's theme from Waterworld was a catchy fanfare that acted as a perfect hero theme. There is a Postman theme that doesn't occur very often. It must be said that on the couple of occasions when it does appear prominently, the effect is very impressive. It doesn't need to appear ad nauseum, but just enough to make an impact. Other hero-movie composers manage to achieve this most effectively. I wonder if Howard deliberately underuses the theme so he can't be criticised for overusing it. The softer parts are pleasant enough, but nowhere near as impressive as the delightful and beautiful swimming music from Waterworld. No theme for Will Patton's villain seems to exist for whatever reason which is yet another opportunity missed.

The better parts of the score for me are the action cues, which mix apocalyptic choir, synths and the orchestra to produce some thrilling moments, even if in the long run, they don't amount to all that much and certainly don't stick in the mind the way some sections of Waterworld do. In fact these sections, while exciting and fun are very much derived from sections of Waterworld, which is quite surprising for Howard who is a composer who I always felt was difficult to identify due to a lack of give aways in his music. The Belly of the Beast (the name of which always reminds me of Indiana Jones and the Last Crusade....) has a good chunk of the action music, but again, it never really amounts to much and some of the track is padded out with less interesting music. The Restored United States also contains some decent moments, but little to tie it all together. I did wonder if it was the lack of action set pieces in the film that has lead to this problem. For example, in Waterworld, Escaping the Smokers was a great action set piece that had a definite structure to it and Howard produced a similarly well rounded action cue. The Tank chase from Raiders was a great set piece and John Williams wrote a great piece of programme music to fit in with it. I feel that the music in the Postman rather sounds like it would flail around in the background not really adding nor detracting much from the film (which by all accounts is terrible) and this would explain the lack of substance in the score. There is a definite mood flowing through the score, which is a good thing, but just nothing to get a grip on, it just plays and then eventually it's all over without anything remaining for you to hum to yourself. I think Howard fans might enjoy this score, but I would most certainly look up Waterworld first before considering this score.