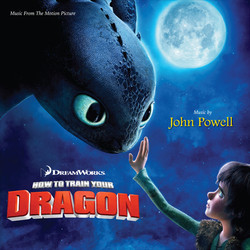 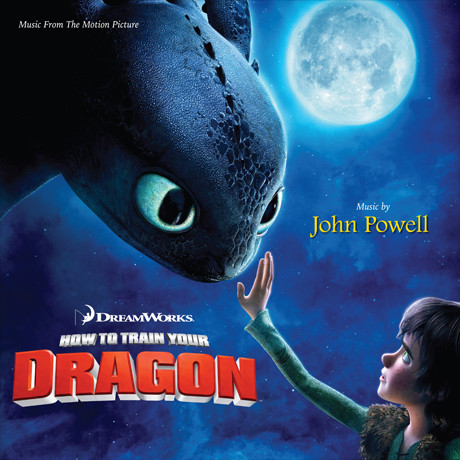 How to Train Your Dragon - 10/10 - Review of Edmund Meinerts, submitted at 2010-05-23 19:16:46
Media Ventures composers can, roughly speaking, be divided into two groups: those composers who have no trouble with eschewing any personal style in favor of emulating their former teacher Hans Zimmer and his tried-and-tested sound for their scores; and those who have managed to branch out and create a sound of their own. Unfortunately, it is the former end of the spectrum that is most heavily-populated by names such as Steve Jablonsky (though Steamboy is an excellent exception), Ramin Djawadi, Geoff Zanelli, Nick Glennie-Smith, Trevor Rabin and Klaus Badelt (again, The Time Machine and The Promise are strong exceptions). It is generally agreed upon that the two MV alumni who can best be said to have truly created a distinct musical voice are Harry Gregson-Williams and John Powell. However, Gregson-Williams has written plenty of unmemorable thriller scores such as Dčja Vu and Man on Fire amongst his fewer, stronger efforts like Sinbad: Legend of the Seven Seas and Kingdom of Heaven. John Powell, on the other hand, has been in fine, rising form ever since his solo career emerged in 2002 with the popular The Bourne Identity score. While that electronic, thumping affair did not necessarily show a lot of promise, his scores in following years have only gotten better and better: The Italian Job and Paycheck in 2003, The Bourne Supremacy in 2004, Robots and Mr. and Mrs. Smith in 2005...etc. Though a versatile composer, Powell has particulary excelled in two specific genres: the modern, Bourne-esque action-thriller, and the animated adventure. My favorite scores by him have mainly fallen in the latter category, which is why I awaited his latest effort in the genre, How to Train Your Dragon, with bated breath.

Powell fans, fear not...HTTYD is all that you have come to expect from a John Powell animated score, and much, much more. It's as if the inexhaustible energy from Antz, Chicken Run and Robots ate up the massive, epic scale and thematic depth of X-Men: The Last Stand. The result is pure magic, a relentlessly enjoyable album that never exhausts its considerable, 68-minute length (song aside). Its themes are numerous and memorable, its orchestration detailed and layered, its sense of fun and reckless energy is almost palpable. Sure, it isn't a work of leitmotivic genius on the level of a Lord of the Rings – not that an animated movie calls for that kind of operatic scoring – but who cares when it's this darn fun to listen to?

Detractions? Quite honestly, there are none. If I wasn’t a film music fan already, this is probably the score that would convert me. It’s an exhausting album to sit through due to its almost constant high energy level (broken only by the beautiful “Forbidden Friendship”, “Romantic Flight” and “Where’s Hiccup?” cues, and the few softer, comedic interludes), but exhausting in an absolutely glorious way I haven’t experienced since I first listened to John Debney’s Cutthroat Island. There is a fair amount of Celtic-type music in here, which may seem rather odd when considering the movie’s about Vikings, but ever since Vikings invaded Scotland in the ninth and tenth centuries, the music of the latter has been associated with the former and one cannot really discredit Powell for delivering what the general public thinks sounds like “Viking music” - plus, the most obviously Scottish cue 'See You Tomorrow' has as much energy as the hallowed 'Building the Crate' cue from Chicken Run. With that taken into consideration, the slight geographic discrepancy is easily forgivable.

Also, if you’re a sourpuss who has an aversion to scores that impress you with volume and would prefer a more subtle fantasy score along the lines of, oh, Lady in the Water for example, well, HTTYD roars enough to send those with weaker ears scuttling off for the aspirins (though even they should find something to appreciate in the countless bits of soloist color provided by flute, pipe, fiddle and vocals throughout the score). But I am an absolute sucker for that kind of over-the-top scoring, and therefore this album comes with the absolute highest recommendation, simply for being the most joyful 68 minutes of film music ever put on album. If you only ever get one John Powell album in your life, make it this one, for it is the ultimate culmination of his dynamic orchestral animated style. It’ll take something special for this not to be my favorite score of 2010 - it's a frog's whisker away from becoming my favorite of all time.
How to Train Your Dragon - 10/10 - Review of Chris R., submitted at 2011-10-27 22:05:33
Truly I have admired Powell for years, why? Because he not only writes these scores that have a tremendous energy to them, what with his habit of running multiple rhythmic polyphony but he instills such creative instrument combinations that have rarely been heard of before. How To Train Your Dragon is the combination of every good thing Powell has ever offered in a score.

The rest of the score is just pure greatness down from the first note played till the final flute note in The Vikings Have Their Tea.
World Soundtrack Awards: Best Original Song Written for a Film: "Sticks & Stones" (Nominee)
Oscars: Best Original Score (Nominee)