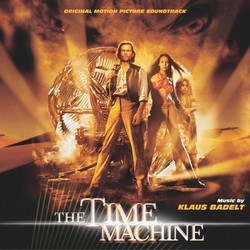 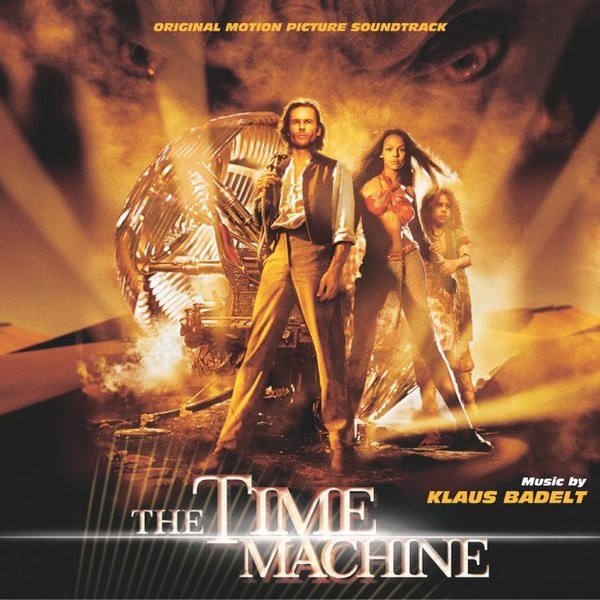 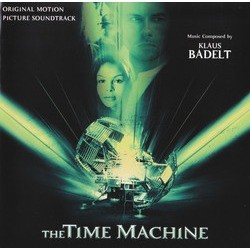 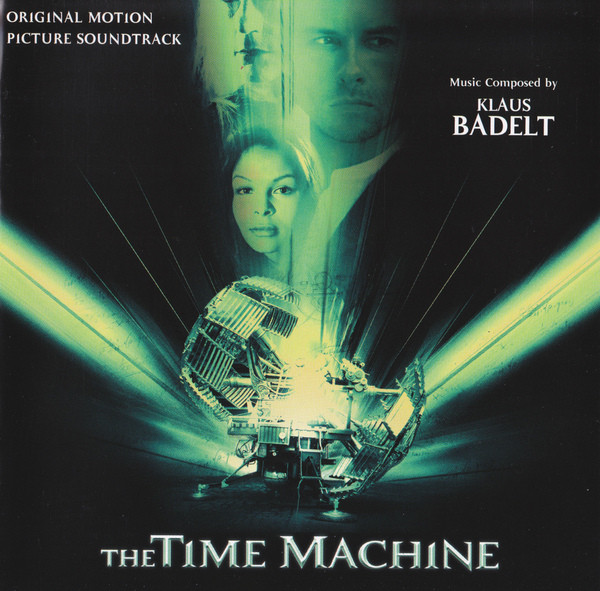 Show reviews in other languages
The Time Machine - 08/10 - Review of Andreas Lindahl, submitted at 2008-01-20 21:25:40
As a member of Hans Zimmer's Media Ventures group of composers, Klaus Badelt has written additional music for films such as Pearl Harbor, Hannibal, Mission: Impossible II and Gladiator. He also scored The Pledge together with Hans Zimmer in 2001, but The Time Machine is really the composers first own score for a large film. And what a score it is. The Time Machine is so far one of the best, loveliest and most entertaining scores of 2002. The score, and the soundtrack album, can be divided into two different parts. The first part of the CD is dominated by beautiful and lovely music performed primarily by piano, strings and woodwinds, while the latter part is more dramatic and darker, with masculine action music.

The CD opens with the wonderful "Professor Alexander Hartdegen", a three minute cue which, with its lively piano, woodwinds and strings, is one of the best cues the score has to offer. The disc continues with the short but really beautiful "Wish Me Luck", with its light and cheery rendition of the scores' love theme. The theme is developed further, given a more romantic treatment, in "Emma" before things gets darker and more dramatic in "The Time Machine", a great build-up cue, which reminds me a little of Horner's "All Systems Go - The Launch" from Apollo 13, complete with snare drums and bold brass. "Bleeker Street" presents yet a lovely version of the love theme, while "I Don't Belong Here" is the first time the memorable main theme appears in full glory for the first time (although fragments of it can be heard in the opening track), performed by brass, supported by a high, ascending string ostinato. "Time Travel" features minor portions of typical Media Ventures action music, while "Eloi" and "Good Night" are more "tribal" with ethnic flutes and quasi-African choir music and vocals performed by Katy Stephan. Really good, actually.

"Morlock Attacks" is the scores' big action piece, which sounds like a mix of Mark Mancina's action music for Tarzan and something the Media Ventures gang would come up with. It's bold, brassy, agressive and testosterone packed, with lots of percussion, brass, strings and synths, but unfortunately it doesn't impress me that much. Instead, what makes this score so memorable and entertaining are the more relaxed, romantic parts. Especially the already mentioned main theme, but above all the love theme. The theme revolves around a rather simple, ascending melody, but what makes it great is Badelt's effective use of long rests.

Overall, Klaus Badelt's score for The Time Machine was a really nice surprise to me. Give it a chance. It's very likely that you will enjoy it. And thanks to the fact that it was recorded in London it's long - almost one hour. I'm looking forward to hearing Badelt's next score, that's for sure.
The Time Machine - 08/10 - Review of Tom Daish, submitted at 2010-09-07 22:14:53
When Hans Zimmer's associates go off on their own, the results invariably seem to be mixed, they often seem unable to function on their own. The Zimmer/Media Ventures sound is there, but the thought and melodic invention is not. One curious exception is those who end up doing more family fare, which ostensibly, is a genre The Time Machine falls squarely into. The bold Media Ventures sound, combined with big themes and broad drama are a perfect match for escapist fantasy. Critical reaction to this latest film version of H.G. Wells' classic fable has been somewhat luke warm, but response to Klaus Badelt's enjoyable score has been almost entirely favourable.
There is, as they say, nothing new under the sun and as such, The Time Machine almost functions as a nice mixture of various writing styles, but still retains musical cohesion within itself. It is brimming with melodies, the main one does rather unfortunately sound a bit like a cross between Goldsmith's The Edge (even echoing the orchestration to some extent) and Titanic, notably during Good Night with the ethnic instrumentation. However, for all that, it is quite striking and the slightly sombre undertones to the heroism quite welcome.

The second and perhaps most notable idea is only introduced halfway through as Profess Hartdegen ventures thousands of years into the future. A more quasi-ethnic/primal slant is introduced with percussion, but also a youthful chorus which brings to mind the Adeamus series of albums which have been very popular in the UK. This being a good old fashioned adventure story, there are bouts of heroism and action, most notably the bracing Morlocks Attack, although by and large avoids sounding like a more generic Media Ventures action outing, with a pleasing complexity that makes it all the more engaging.

I am often complaining about giving ratings to albums that are very enjoyable, but for one reason or other I feel I'm going to end up being either too generous or too harsh on. The Time Machine is very enjoyable, it has plenty of energy, diversity, the album is the perfect length - hardly a dull moment - and while it is coherent within itself, there's occasionally the nagging feeling that it sounds like this or that. However, in this instance, Badelt does a good job with the ideas he's absorbed to produce a hugely entertaining score and certainly better than I'd dared hoped for based on the reviews of the film. Well worth picking up.
World Soundtrack Awards: Discovery of the Year (Winner)