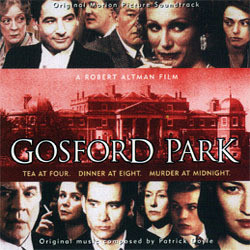 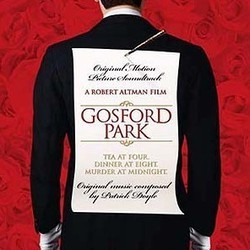 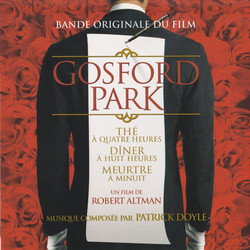 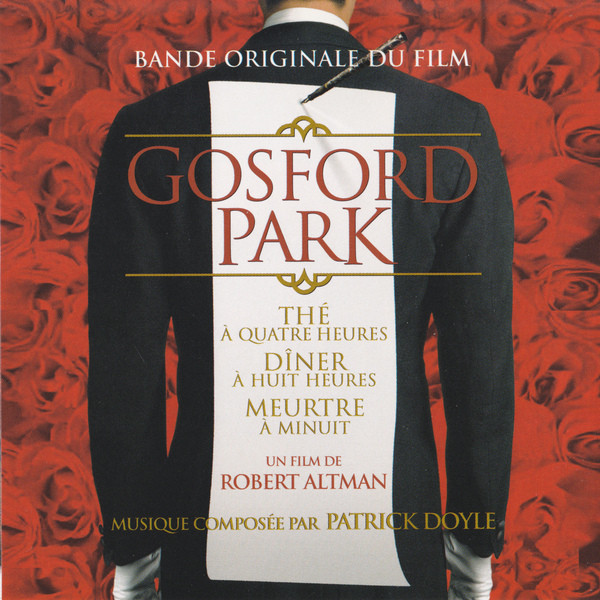 Show reviews in other languages
Gosford Park - 06/10 - Review of Tom Daish, submitted at 2010-09-10 23:19:03
It is with some irony that Patrick Doyle's most successful film to date (in financial terms), the seemingly universally praised Bridget Jones' Diary has failed to muster a score release, but this small film from Robert Altman gets Doyle into the CD shops. As a film that takes its inspiration from Agatha Christie and combines it with Upstairs, Downstairs, Gosford Park is a hugely enjoyable ensemble piece with a witty - and now Oscar winning script - and superb performances all round. It manages to give a more realistic portrayal than many period dramas, but without resorting to glaring anachronisms.
In the liner notes, Patrick Doyle mentions that Robert Altman encouraged him to be as bold as possible. He also notes that it's something a composer likes to hear, but it is quite a surprise to discover that Doyle's score is actually somewhat low key. His two major concepts are to use an accordion to represent the waiting staff and clarinet for the toffs. Watching the film, it isn't exactly obvious, but with careful listening on the album, becomes more notable. The accordion has a folksy sound which on disc doesn't seem quite right for the type of film, although in context works better than expected.

There aren't really major themes as such, just brief motifs and ideas, which unfortunately renders it less memorable than some of his earlier works. Only a couple of cues pick up on the era, the jazzier Walking to Shoot in particular, although the acoustic guitar and accordion make for quite an eclectic ensemble. Perhaps the most striking cue is Scherzo in G which sounds like it's escaped from a score to a Jane Austin adaptation, with it's bouncing strings and crisp tempo, it rather disengages from the more relaxed tempo of the rest of the score.

Several songs are included, two by Doyle and the rest by Ivor Novello (acted and sung in the film by the talented Jeremy Northam) and rather remind me of Noel Coward, particularly the witty And Her Mother Came Too. His piano and vocal performances are delightful and are they are thoughtfully dispersed throughout the album, rather than clumped together as they featured onscreen. The two songs by Doyle aren't quite in the same league as earlier ones, but are quite beautiful and performed with skill by Abigail Doyle, whose younger voiced from A Little Princess has grown up quite splendidly. Not a classic Doyle score by any means, I think Doyle thrives best on the broad sweep of drama that Shakespeare and Kenneth Branagh offer. This being a subtly acted and talky film, the music can only go so far and so bold as Doyle was allowed to be, his instincts still stayed on the side of caution.
World Soundtrack Awards: Soundtrack Composer of the Year (Winner)