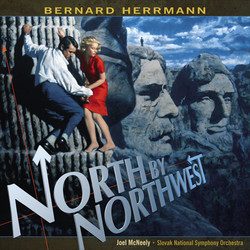 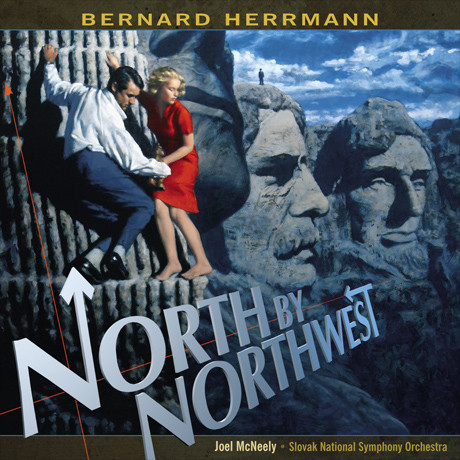 Joel McNeely and Robert Townson have recorded a new Bernard Herrmann album, and this time they’ve headed North by Northwest! for the most complete edition of this legendary score ever available.

One of the all-time classic film scores – a Herrmann/Hitchcock masterpiece – gets a brand new and revelatory recording! It’s amazing how many mysteries and secrets even some of the most famous film scores of all-time can still hold. Who would have thought that there could still be never-before-heard cues from North by Northwest? And we’re not talking about a 30-second fragments. The Highway, a cue that turns out to be the second longest cue of the whole score, receives its world premiere recording here. On The Rocks is heard in its entirely for the very first time, restoring all the edited material from the film and subsequent soundtrack. We’ve also restored extra bars all over the place … including Conversation Piece and Finale that have only been heard on the old Varčse Sarabande CD conducted by Laurie Johnson.

Finally complete, and at over 65:00 of Bernard Herrmann, Joel McNeely leads the Slovak National Symphony Orchestra in a recording milestone.

What a blockbuster for the holidays THIS is!

Other releases of North by Northwest (1959):