The 'Burbs
The Deluxe Edition 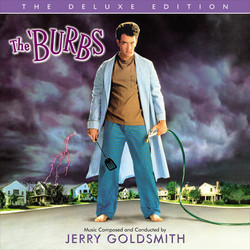 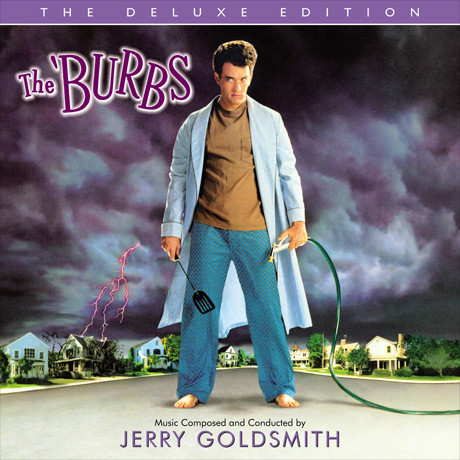 Show reviews in other languages
The 'Burbs - 08/10 - Review of Tom Daish, submitted at 2010-09-11 09:47:48
This rare Jerry Goldsmith score is a real treat for off-beat comedy scoring fans. Weird comedy scores are often annoying and just full of ludicrous noises and have almost no redeeming features whatsoever. Alternatively, comedy scores are saccharine laden efforts that are nice for a while and then you need to visit a dentist to stop your teeth all falling out because of the sugar-coated nature of the music. Only Alan Silvestri and John Williams seem capable of pulling off a decent balance in their comedy scores. Goldsmith often tends towards silliness and saccharine, which is a shame as when he puts his mind to it, the results are superb and this possibly takes the top place. There are silly bits and there are sappy bits, but they are all kept in proportion, they are all tuneful and make for an enjoyable half an hour of music.

The opening is admittedly unpromising with what sounds like a synthesised smashing window, but as soon as the second track starts up with a somewhat Spielbergian 'neighbourhood' theme, but with the addition of a synth yapping dog to keep the rhythm. This could sound silly, but this is a comedy score and so is perfectly reasonably in context (the camera following a dog around the neighbourhood). Also, it is backing a jolly main theme which occurs several times throughout the score and fully in the end credits. There are two other main themes, one which is a bizarre Western theme with gun shots every few bars. It's probably a take on an old Western theme, but I'll be blowed if I know which one. The second is a strange synth version of Goldsmith's Patton theme, with echoing trumpets and all.

These themes are mixed with weird voices, gothic organs and a couple other strange noises to produce a satisfying mix of wickedly satirical music, all the themes making comparisons with movie ideals through the music associated with them, the cowboy, the general and so on. They are all nicely summed up in the end credits which ends with yet another synth noise to bring everything to a close as odd as what has preceded. I'd recommend it to all if it were available for something less than a small fortune, however in the unlikely event that you do see it for cheap, snap it up and have a laugh (especially for Goldsmith fans to spot all the in-jokes).