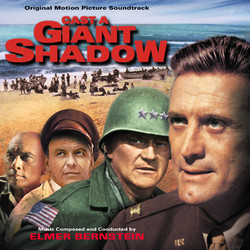 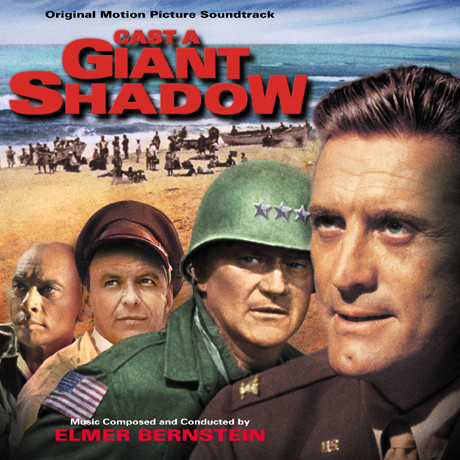 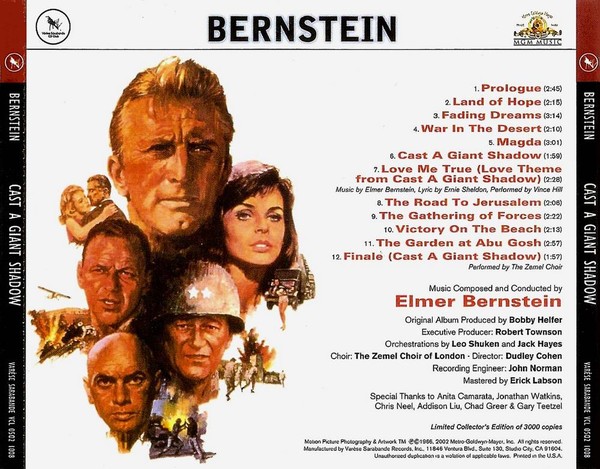 Cast a Giant Shadow - 06/10 - Review of Tom Daish, submitted at 2010-09-26 13:11:43
Elmer Bernstein is a composer who has written many scores for films that almost nobody is liable to recall and despite featuring Kirk Douglas, Yul Brynner and John Wayne, I doubt many people now remember Cast a Giant Shadow. The film seems part of a sub genre of Hollywood films regarding the founding of the State of Israel; that the score is released at this time seems all the more appropriate given the seemingly unending conflict in the area. Despite being of epic proportions, this takes the Patton approach of less is more and the result is a mere 26 minutes of score from a 141 minute film.
One curious feature of several scores regarding Jewish history, most memorably Jerry Goldsmith's Masada, is how sprightly and dance like the main themes tend to be. Indeed, Goldsmith's effort has an almost unlikely level of syncopation and jauntiness given the seriousness of the subject matter. So it is with Bernstein's Cast a Giant Shadow, the Prologue and Land of Hope have a quasi-religious sound, but a rhythmic fervor that is quite infectious, not to mention surprising. After this, the first half of the album is more subdued, although the titular track before the love theme is a curious Hebraic dance with lyrics in English and Hebrew which is undoubtedly fairly authentic, but not really to my taste. Neither is the laid back Love Me True, ostensibly the love theme, which appears as source music in a flash back, but like the preceding track, stands out rather unfortunately against the more serious orchestral score. The Gathering of Forces and Victory on the Beach punctuate a more action filled section which combines Stravinsky style rhythmic attack with elements of the opening cue. The final two tracks are a reflective version of the love theme and a reprise of the Cast a Giant Shadow track for a slightly odd, but ethnically authentic finale.

Despite colourful orchestration and some strong material, this is more a score that is well crafted rather than inspired. There is no denying that it is dramatic and dynamic, but feels more like underscore than music easily enjoyed as a pure musical experience. This isn't to say it should be passed up; this limited edition from the Varese CD Club has excellent liner notes, even a bit of political history is thrown in. The sound is moderately good stereo given the age, although there is a moderate amount of distortion during the louder parts, which presumably couldn't be corrected with any amount of remastering. Given the price as a limited edition, there are likely more readily available and easily accessible Bernstein scores to seek out, but for the serious Bernstein fan, a more unusual addition to the collection.
Trailer: