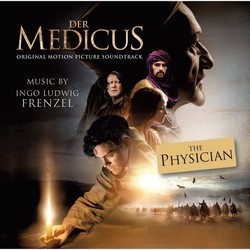 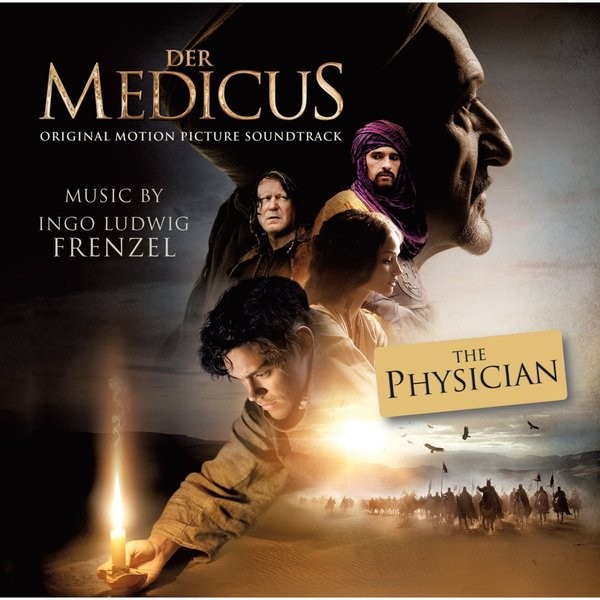 Der Medicus - 10/10 - Review of John Mansell, submitted at 2014-07-13 14:00:35
It always amazes me that there is so much quality film music out there that maybe gets under our radar and we loose out on the experience of savouring it and experiencing a score that is brimming with all things that are right and good in the film music department, well one score that I am pleased did not get away thanks to Gus Reyes the composer, (thanks Gus for the heads up on this one) is THE PHYSICIAN by Ingo Ludwig Frenzel, to say that this is an epic soundtrack would indeed be something of an understatement. It is not only brimming with sweeping and highly melodic themes it is positively overflowing with them. The movie was released in 2013 and also the soundtrack was issued on compact disc in December of the same year, I am not sure about the movie, but I am certain that the soundtrack only got a release in Germany on Colosseum Music Entertainment GmbH (03387). I have to be honest and say I have not heard of the composer before now, but it does look as if he has been involved on a number of projects. This I suppose is an example of film distribution etc, where a movie is not released in certain territories so it at times sadly fades into obscurity and then ends up in a film studios vaults to gather the proverbial dust. The score is a rich and fully symphonic work that relies upon highly thematic material and establishes a real sumptuous almost vintage Hollywood lush sound early on in the proceedings. The composer utilizes the renowned Film Orchestra Babelsberg and also putting to effective use various ethnic instrumentation, choral interludes and the distinct and haunting vocal talents of Persian-German vocalist Schirin Partowi who’s performances give the score a certain earthiness and authentic sound along the way. The composer interweaves and fuses all of these elements seamlessly to create a work that is a delight to listen to from start to finish. It has a resonance to it that is rich and attractive sound and also a style that is bursting with a fresh and vibrant vitality that is appealing and highly emotive. The movie stars the excellent Ben Kingsley and is based upon the first in a trilogy of books by American author Noah Gordon. It is an exhilarating adventure tale set in the middle ages. The Physician tells the story of Rob Cole played by British newcomer Tom Payne, Cole is an orphan and a young aspiring doctor and barber surgeon from 11th-century England who goes to Persia to meet the polymath Ibn Sina (Ben Kingsley) to study medicine. Whilst on route to Persia he meets and falls in love with Rebecca portrayed by Emma Rigby who along with the young physician confronts a plethora of obstacles and dangers that put their lives at risk.
German born composer Ingo Ludwig Frenzel matches the action perfectly with this multi styled soundtrack and underlines the dangers and the romance that are unfolding on screen, whilst at the same time enhancing and highlighting the mysteries of a far off land and punctuating the excitement and adventure of the story line. At times I detected a style that was not dissimilar to that of a young James Horner which also had elements of the early style of Danny Elfman, I think this is more easily detectable with the choral parts, as they contain a certain childlike quality that is haunting and attractive.

The music is at times also darker and more down beat and contains a sombre sounding mood but still retains a melodic foundation that manages to shine through. This is evident in track number 23, THE BITTER PRICE, the composer employing low and dark sounding strings for much of the cues running time, but lacing these with slightly more lighter sounding strings that carry a theme that although remaining sinister seems to rise slightly above the darkness to create a glimmer of light the composer enhances these further with subdued percussion and also introduces woodwind towards the end of the cue. Track number 24, MAIN TITLES THEME is short lived working of the soundtracks central theme, strings again take the lead to create a lush sounding tone poem ,which the composer builds upon ushering in brass and a few rumbles from the percussion. The score opens with a suite aptly entitled THE PHYSICIANS SUITE, this nearly 9 minute piece is a lavish arrangement of the scores central themes, all of which are gathered together in an overture like composition, brass, woodwind, strings and percussion work together to relay a sound that is rich and full, female vocals are brought into the equation being underlined and punctuated by strings with touches of harp. John Barry-esque faraway horns are also present evoking expansiveness and greater depth giving the piece a sense of the great outdoors but also evoking a sense of loneliness. Strings again are given the biggest share of the composition, being ably supported by woods in the more melodic parts and relaying a darker side to the piece mid-way through the composition. I recommend this soundtrack to all, it is one to seek out and add to your collection, as I have already said it is available from Colosseum in Germany so maybe that’s the best place to start.
Original Motion Picture Soundtrack
Music Composed by Ingo Ludwig Frenzel
(Love in Thoughts, Toyland, Young Goethe in Love)


The Physician starring Academy Award® winner Ben Kingsley (“Ghandi”, “Schindler’s List”) among an all-star cast is based on the bestselling book of the same name by the American writer Noah Gordon.

You’re in for an emotional, highly entertaining ride! A Middle Ages adventure between the Orient and Occident unravels beautifully in manifold ways.

The Physician is the story of Rob Cole played by British newcomer Tom Payne, an orphan and young aspiring doctor from 11th century England who goes to Persia to meet the polymath Ibn Sina (Sir Ben Kingsley) to study medicine. Travelling there, he encounters Rebecca played by Emma Rigby and falls deeply in love with her.