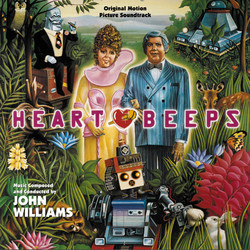 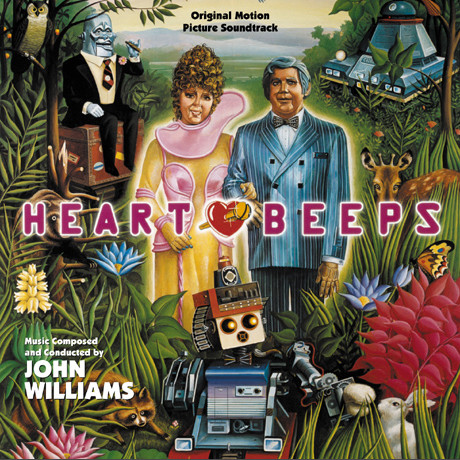 Show reviews in other languages
Heartbeeps - 06/10 - Review of Tom Daish, submitted at 2010-10-02 12:51:57
Two things are striking about Heartbeeps. The first is the that they made it at all and the second is that they got John Williams to write the music. The film is a sort of AI without the pretense and utterly hideous production design, although whereas AI fails because it doesn't live up to its promise, Heartbeeps fails because it's horrible to start with - robots fall in love, make a son and are chased. Quite. Apparently, Williams' collaboration is due to the producer having worked with the composer on Close Encounters - kind of a drop in film quality for both I would suggest.

Williams, as far as I know, has never performed anything from Heartbeeps at a concert, it's never appeared on any compilation conducted by Williams or anyone else for that matter, that's how obscure it is. Until this release, it was the only post Star Wars Williams score without an album. The first thing that struck me was how bad an idea it was to let John Williams near an expensive keyboard as dubiously dated electronics are virtually omnipresent. The orchestra is there too, but is often accompanied with either synthetic percussion or just various twinkles. The actual music itself has be compared (surprisingly favourably) to the quieter passage of ET, although I'd suggest the quality is several tiers lower. This is really Williams for completists, rather than a long lost treasure.

I suppose it's a miracle that Williams was inspired enough to come up with such a decent score given the nature of the film which is essentially laughable. In one of those curious twists, the score's obligatory concert arrangement is Crimebuster, written for the robot chasing the two errant robots and their created son, not actually based on the main theme of the film. The best description of Crimebuster would be what I'd imagine would be the result of a collaboration between ABBA and John Williams. It's quite a catchy little tune, although the arrangement merely builds upon the opening electronics to louder and louder orchestra and not a great deal else. The rest of the score is much more low key with shimmering strings, woodwinds and electronics. The romantic parts are awkwardly naff at times, but you'd expect nothing else based on the film.

Written the same year as Raiders of the Lost Ark, a year after The Empire Strikes Back and before ET, it's a very low key effort given how grand the others are in their very different ways. I guess I'm giving a bad impression here, once again the maxim that second rate Williams is better than first rate of almost anyone else applies. The completist presentation probably doesn't help as it sags a bit in places mainly because it's all so low key. Still, you'll be humming the perky Crimebuster theme for days after, even if the rest falls a little under the radar. As expected, the Varese presentation is excellent and provides detailed notes on the film and cue by cue information on the score.