Home on the Range 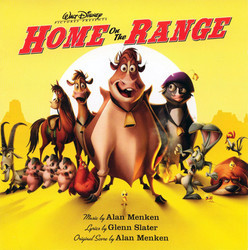 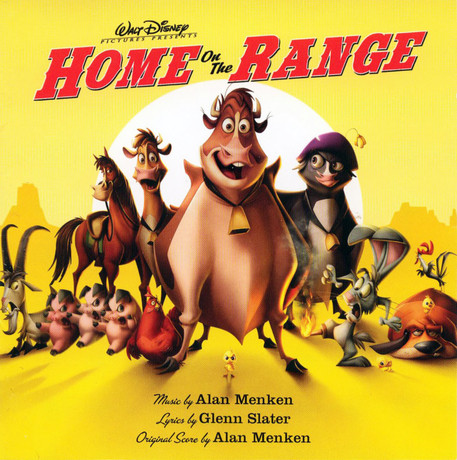 Home on the Range - 05/10 - Review of Tom Daish, submitted at 2010-09-29 22:47:58
All of a sudden, the rush of success Disney had during the 1990's seems to have vanished and each animated offering greeted with even less enthusiasm than the last. Disney have never quite learnt that formulas, while working a few times, eventually wear thin and shoe horning almost every story into the same mold will lead to an audience increasingly uninspired. They did twig that not every animated film needs to be a musical, although non-musicals Atlantis and Treasure Planet didn't do that well either, and through the law of diminishing returns, Home on the Range is, for now at least, the last traditionally animated film Disney intend to produce (aside from straight to video sequels). That Home on the Range is the most old fashioned animated film - both in tone and animation technique - Disney have produced in years makes this change in direction doubly ironic. However, for one final 2D fling, Alan Menken is back on board for a bit of yee-hah country fun.

I must admit that the country and western/singing cowboy genre don't impress me much (as it were), but Menken is always capable of a good tune and while Home on the Range probably represents his least ambitious Disney production, it's still cheerful fun. Indeed, this is one of his most upbeat efforts - even compared to the generally comedic Aladdin or Hercules - and the tone is set from the brief, but enjoyable (You Ain't) Home on the Range which launches the score's Copland/Moross/Bernstein/Tiomkin inspired tone. Indeed, Menken breaks out almost every western scoring cliché ever devised at some point, only true Morricone wackiness is avoided. The sung highlights are undoubtedly Little Patch of Heaven, a delightful ballad that wouldn't shame Randy Newman and given a terrific performance by k.d. land, and Will the Sun Ever Shine Again, equally superbly intoned by sometime Newman collaborator Bonnie Raitt. Yodel-Adle-Eedle-Idle-Do is the odd one out, a curious yodelling sung (but not yodelled) by Randy Quaid which introduces cattle rustling by yodelling based hypnosis (also known to kill Martians). Wherever the Trail May Lead and Anytime You Need a Friend are nice enough, but somewhat less memorable, the latter not helped by its overproduction.

The underscore is engaging enough, but doesn't really distinguish itself beyond any number of similar western scores. It leans so heavily on Copland and the western musicals of yesteryear that only the occasional reference to Menken's own melodic material makes it his own. Only Storm and Aftermath becomes a little more exciting, but even this is a little short lived. Even Hercules or Aladdin's light hearted underscore managed to be more notable than this, difficult though it is to actually dislike. The album concludes by amending the overproduction of The Beu Sister's performance of Anytime You Need a Friend with Menken going all Randy Newman and serving up a piano rendition, Menken doing his own vocals, showing the song to be far more charming than its full pop version suggests. As a film and score, Home on the Range is pretty insubstantial and unchallenging, even if it is served up with plenty of good humour. Difficult to recommend much beyond Menken completists, but a pleasant, well crafted and tuneful album that should at least generate a smile or two by the end.