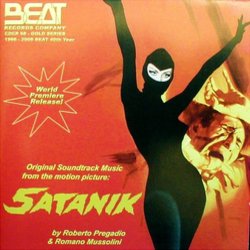 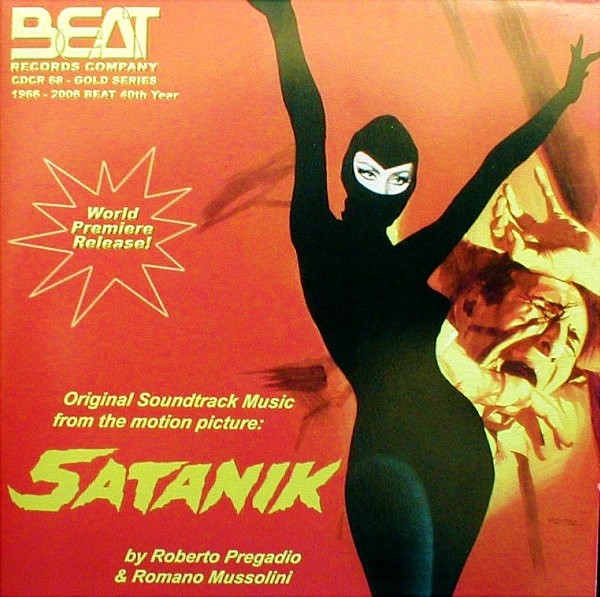 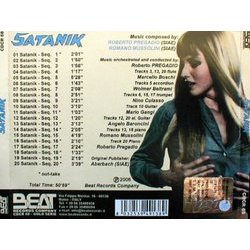 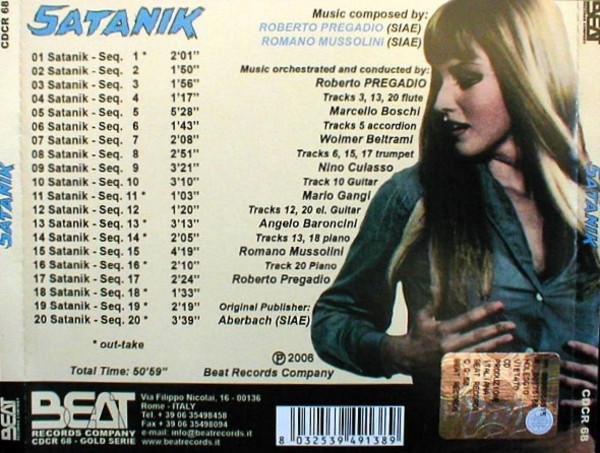 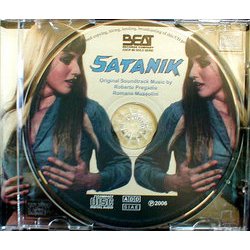 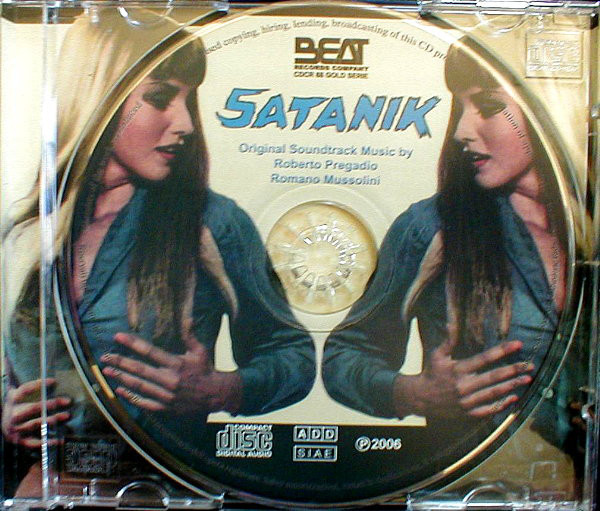 Satanik - 08/10 - Review of John Mansell, submitted at 2014-03-16 12:46:13
Another forgotten gem which has been plucked from the rich and seemingly never ending Italian film music archive. The movie was released in 1968, but this is the first time that the soundtrack has been issued in its entirety, Composed by the much respected yet underrated film music maestro Roberto Pregadio who for this assignment collaborated with jazz musician and composer Roberto Mussolini. Their joint efforts have produced a score which is a fusion of jazz styles and also dramatic and romantic musical interludes. It is a mixture of sixties hip shaking themes, lounge easy listening slanted cues and a definite influence from the big band/swing department. All in all this is an entertaining work, which although at times sounds as if it is a little ott, manages to hold the listeners attention throughout the nearly one hour running time of the compact disc. The film is placed in the horror/thriller category, and the plot is basically about an old hag of a woman called Marnie Bannister who works with a famous biologist, who has discovered a potion that can make old and tired humans look young and vibrant again. Marnie murders the professor and steals the potion. She then takes the elixir and is transformed into a stunning and sexy looking young woman.( make note! Get some of this stuff ASAP). SATANIK, is based upon one of the most popular comic book series from the 1960,s, which first appeared in 1964 and concluded in the latter part of 1965, a total of some 231 magazines were included in the series. Directed by Piero Vivarelli, the film proved to be attractive to audiences within Italy and also was moderately successful in Europe. The title role was taken by Polish born actress Magda Konopka, who was also seen in other Italian productions such as BLINDMAN and THE NIGHT OF THE SERPENT, as well as having a role in Hammer films production of WHEN DINOSAURS RULED THE EARTH, and some minor roles in a handful of British made detective series made for television during the 1970,s, such as DANGER MAN, JASON KING etc etc., Konopka brought her own unique brand of acting to the role, and although it was nothing like an Oscar winning performance, it was sufficient enough to be convincing to watching audiences. The score is an infectious and pulsating one that not only includes dramatic elements but also has a Latin flavour to it. If you liked the music from KRIMINAL then this will be right up your musical avenue, the style is I would say not dissimilar to that of Umiliani and at times Trovaioli, definitely worth a listen… sound quality is very good, and BEAT provide us with eye arresting art work along with numerous stills from the movie and a synopsis of the movie in Italian and English.
Trailer: