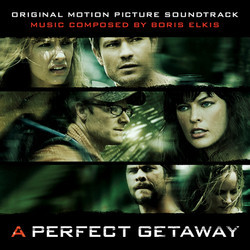 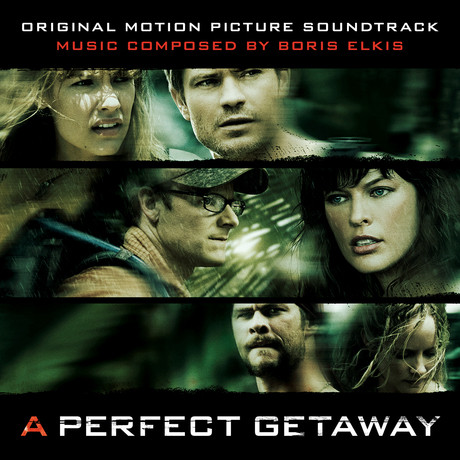 Show reviews in other languages
A Perfect Getaway - 07/10 - Review of Oscar Flores, submitted at 2009-08-24 06:28:50
Rogue Pictures new thriller, A Perfect Getaway, enjoyed a summer advertising and marketing campaign that included a stunning trailer announcing a major plot twist, great action, and beautiful scenery. With a screenplay by David Twohy (The Fugitive, Waterworld, The Chronicles of Riddick) expectation for a decent thriller was certainly the talk amongst several movie critics. Others recognized that Twohy had also produced some very disappointing screenplays and that this would be no different. The story in this case depicts a newlywed couple preparing for their honeymoon adventure in the beautiful Hawaiian Islands, seeking to enjoy the hiking possibilities in the remote areas of this majestic paradise. Along the way they encounter two other couples doing practically the same thing. However, the psychology of the movie quickly changes once the news breaks about a young couples murder. As expected, Cliff and Cydney (the newlywed protagonists) begin suspecting that the other couples they encounter might be the killers. While the script tries to maintain the secret plot twist hidden until the last 30 minutes of the film, giving only a few clues here and there, most audience members will have a very good idea of what is about to happen within the first half of the movie. Yes, the big secret proves to be incredibly predictable and a major disappointment. Sadly, this movie spends one hour building up the suspense and story, only to provide a finale that is neither climatic nor interesting.

To accompany this so called psychological thriller, David Twohy approached Russian-born composer Boris Elkis to provide a suspenseful yet imaginative score. Elkis, a former programming assistant of composer Graeme Revell, had also worked on numerous television projects but had not scored any major motion pictures. For A Perfect Getaway, Elkis supplies a well-written score that is effective and functional both inside and outside the film. By abstaining from creating obvious and predictable musical arrangements that could have destroyed the plot twist, Elkis admirably executes his duty as a film composer. Unfortunately, the deficiencies from the films script negatively affect the audiences musical perception, hence damaging the score profoundly.

Nice sound effects combined with a subtle orchestral palette and obscure rhythms introduce a suspenseful and dissonant first track. A Perfect Getaway is the first track of this album, albeit not the first piece of music heard on the film. For that we have to wait for Weddings, a nice introductory musical sequence with a poignant piano motif and harmonious string lines accompanying Cliff and Cydney as they drive along Hawaii, reminiscing about their wedding. The charming themes presented by Elkis will resurface throughout the film in different variations, maintaining a cohesive melodic structure that, again, keeps all characters within a same context; thus never giving the narrative away. Some listeners will note some dissonance in these first tracks  including 'The Island'  an approach most likely taken by Elkis in order to show that this romantic adventure will have disastrous consequences for the couples involved.

With good reason, some of the tracks rely heavily on obscure soundscapes constructed primarily by electronic sounds. Tracks like Hitchhikers, Kales Pack, Cliff Attacks Ranger, the second half of Crazy Nick, among others, appear to follow the John M. Keane CSI tradition for creating mysterious arrangements with the help of electronic ambience and only a minimal use of orchestral instruments. Its effectiveness in a film of this nature can be debatable, although for the most part these tracks will go unnoticed by most movie watchers. Nevertheless, Elkis does create some notable sound effects suggestive of those he helped create when working as Graeme Revells assistant. Killers Captured, for example, effectively utilizes oscillating sounds that complement well the harmonies established as psychological identities of the setting.

The more action-packed musical sequences in the album start with Gina Runs, a track that includes the usual orchestral risers, rips, and col legno strings. The problem with some of these action tracks, manifested markably in Nick Gets Shot, is that at times the sounds utilized by Elkis appear to be coming from an orchestral sound library and not the City of Prague Philharmonic Orchestra. In other words, the underutilization of this group of musicians seems very evident in some parts of the score.

A complete change in tonality occurs towards the end of the CD. In Gina Looks for Cliff a detuned piano plays the main motif of the score. This piano sound reappears in some of the following tracks, giving the previously heard harmonies a new identity  which by now will accompany the real killers. Other interesting sonorities, including some innovative brass effects appear in Pier & Beach Flashback. Admittedly, most of the sound design is incredibly inventive and cutting edge  displayed prominently in Nick and Cliff Fight. Nevertheless, processed vocal lines added throughout the score seem to be out of place with the rest of the music, the characters, and, more importantly, the locale; making this is one of the only major flaws of the entire score.


Overall, Boris Elkis provides a solid score, effective at keeping the narrative disguised and equally crucial to the development of the film. While the orchestral arrangements are minimal, Elkis prominently uses his sound design skills to create innovative musical ambience fitting for a thriller of this kind. Obviously, as this is Elkis debut, there are some flaws, including overromanticizing some scenes like in the case of Secret Falls as well as other inconsistencies addressed before. The inadequacies found in the script, false scares, and extremely foreseeable outcome, create a mediocre spectacle and a lamentable return for David Towhy. So, while Elkis does everything in his power to help maintain some level of plot secrecy, the Mise-en-scéne contradicts this and exposes the poor story. In the end, Boris Elkis inclination for developing appropriate musical motifs within a suspenseful undertone makes this a commendable effort by the young composer.