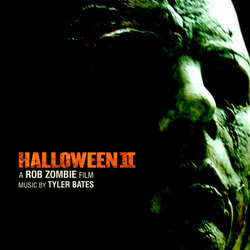 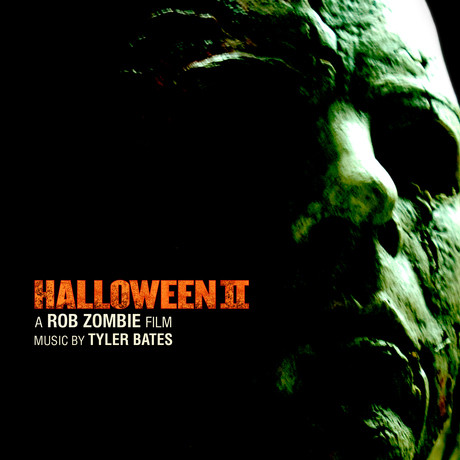 Show reviews in other languages
Halloween II - 03/10 - Review of Oscar Flores, submitted at 2009-09-16 07:53:07
Rob Zombie's continuation as the director for the new batch of Halloween films should not be seen as a success story for the franchise or Zombie himself. While Zombie tries to bring a different take on Michael Myers, providing a more crude view of his reality and the psychology behind his killings, ultimately it fails — much like in his remake of 2007. The Halloween franchise will never be able to match what John Carpenter did in the original 1978 film. Time and time again this has been proven with each subsequent film and now remakes. Whether studios and producers continue the series with director Rob Zombie remains to be seen, but so far critics and fans alike have spoken with great displeasure for what Zombie has done to the iconic killer. Not surprisingly, in the process of morphing into a modern Michael Myers film saga, the film score has also suffered considerably. By now most film music fans know the story behind John Carpenter's original score, which was created in a very, very short amount of time and which was thought to be incredibly minimalistic — doomed to be forgotten. Yes, many critics thought his theme was just an unimaginative, repetitive phrase in a strange time signature; and while arguments can be made that the latter is true, the power of such a theme cannot be denied. It is still hard to think of a more important, iconic, and powerful theme in a horror movie. For his Halloween remakes, Rob Zombie decided to employ composer Tyler Bates to write the film scores. Bates, of course, has also collaborated on other projects with Zombie, most notably in the film 'The Devils Rejects,' which many still consider his best work. Tyler Bates tries to do something different with the score by creating musical textures that complement the victimization of Michael Myers, all while omitting John Carpenter's memorable theme. Logically, as a composer, he wanted to create a new identity for the movie and Myers in particular, but the interminable use of electronic sounds, combined with almost zero musical passages, fundamentally condemn the score to disaster.


The album begins with an innovative variation of Carpenter's theme. While there is nothing incredibly new about remixing and rearranging the 70's theme, Bates turns to a wide range of sound effects and textures to enhance the piece. Interestingly, those who have not watched the film might expect a recurring rendition of Carpenter's motif throughout the album. However, as 'I Killed A Man' begins to play, disillusionment will start to unfold. Processed voices, layered pads and other sound effects will be the only aural events in the soundscape. 'White Horse' and 'Stairs' become almost unbearable as the pulsating sounds, sweeps, and percussion start to get louder and louder. By the time 'Love Shack' rolls around, the listener will be wondering if any music will ever be heard on the album. That's correct: there are zero themes, motifs, melodies, harmonies, or even distinguishable instruments on these tracks. Sure, at some points — when listening very carefully — one can recognize two or three notes, perhaps some sort of rhythm, but nothing else.

The descending two-note sonority heard in 'Can I See The Pig?' (heard briefly on the beginning tracks) is perhaps the only attempt by Bates to create a musical identity for the movie. Even so, calling it a theme or musical phrase proves quite difficult, because under any other analysis this fragment would go unnoticed by listeners. More importantly, from time to time, Bates will try to introduce a fast paced percussion sequence such as the very short one heard in 'Van Kill,' Those phrases are the only relief from the non-stopping electronic textures and sounds that are exceptionally fatiguing, to say the least. Sadly, the rest of the album deserves no more critique as the only things you'll hear are reversed samples, voices, a few percussion hits and the constant rumbling pads — oh, wait, and at the very last minute of the 'H1 Killing Spree,' the chord changes from Carpenter's theme.


Admittedly, the grotesque and violent depiction of Michael Myers along with the little emotional attachment one experiences for any of the film's characters create a setting in which a very different score is required. This was no project for a Media Ventures approach, or even an orchestrally driven arrangement with tons of melodies; nonetheless, it is hard to believe that Tyler Bates came up with this experimental creation as part of an attempt to create a different Halloween score. And while I have not read any article that points to any evidence validating the following assumption, I do believe Rob Zombie told him exactly what to do and what not to do. Ultimately, Zombie was far more interested in creating a soundtrack album that could be marketed to a larger demographic. Tyler Bates had little alternatives. Frankly, the score will appeal only to those interested in eerie musical textures and complex sound design. Bates' fans will probably not enjoy this work as they are more receptive of his action scores like 300 or Dawn of the Dead. Halloween fans will never be pleased with a score that does not make reference to Carpenter's theme. Finally, film music fans in general will not appreciate the complete lack of musicality. In all fairness to Tyler Bates and his team of programmers, the level of creativity and intricacy that goes into devising some of the sounds heard in the score is quite incredible. Thus, I would fairly conclude that this is a 'Textures & FX' film score. Whether you are trying to enjoy it on film or as a solo album makes no difference. As mentioned previously, aside from the experimental sounds which are engaging — from the sound design perspective — there are no other admirable qualities. Tyler Bates possesses and incredible amount of musical talent, showcased in many of his previous works, but with this score he leaves many fans very unhappy and disappointed.

Soundtracks from the collection: Halloween