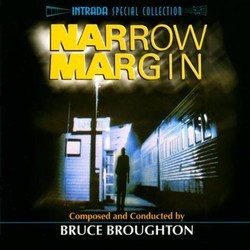 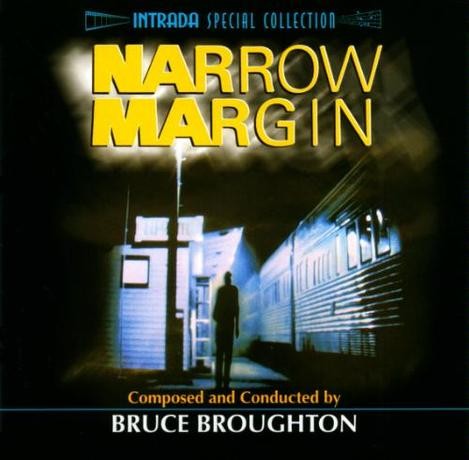 Show reviews in other languages
Narrow Margin - 09/10 - Review of Jason FLZ, submitted at 2011-06-20 20:42:49
Bruce Broughton's penchant for scoring obscure films hit a peak with the 1990 thriller, Narrow Margin. The movie was very unknown, and Broughton's score became a rarity in of itself. His score for the film noir is fairly unique when compared to his other projects. Rather than his usual bombastic orchestral scores, Narrow Margin is more ambient.

As far as suspense scores go, Narrow Margin is a doozy. Alot of the underscore is ambient, but when the music kicks into full gear it really does offer some thrilling brass blasts and impressive use of percussion. Broughton throws different ideas out there for the action music (the great orchestrations in 'Chopper Chase'). One of the big elements of Narrow Margin lies with the piano material in the score. Every now and then, as the music turns more ambient, a repeating four note piano motif creepily appears. It's effective, to say the least.

Narrow Margin is a great thriller effort from Bruce Broughton. As opposed to the usual Broughton feel, it relies on eery ambience and great suspenseful chase music that works on so many level. The score could even be considered in the same category as many of the classic suspense scores from Hollywood. The only major issue is that the album could be considered a little 'slow', due to the amount of ambience used.
World premiere release of intense action score for Peter Hyams chase thriller starring Gene Hackman. Pursuits around, through, on top of train unfold over propulsive music by Bruce Broughton. Ironically, much of it was unused in final cut of movie. Intrada Special Collection CD offers complete score as composer intended. Two main ideas dominate, both draw from separate 4-note motifs. Clever architecture allows each to function alone, play one after the other or simultaneously as situation requires. Exciting highlight: early chase with jeep, helicopter, train allows - as originally scored - dynamic meld of both main ideas over energetic rhythms in percussion, low brass (including rare contrabass trombone). Another highlight: Final pursuit atop train allows ferocious, climactic action music wth intense edge. Intrada CD also offers multiple credit sequences spotlighting different approaches considered by filmmakers to open, close movie plus alternate action cues, more. Presented directly from original session masters. Notes with musical examples by composer highlight booklet. Bruce Broughton conducts. Limited edition release of 1500 copies.