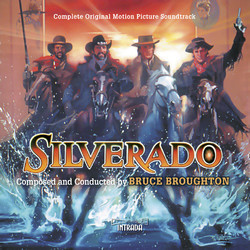 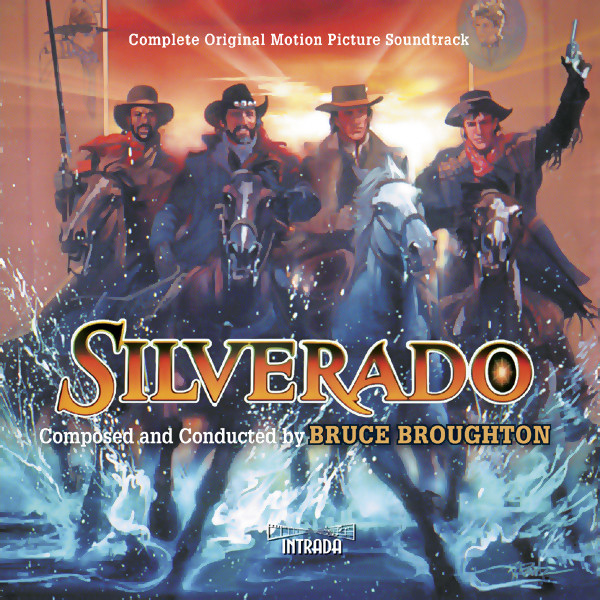 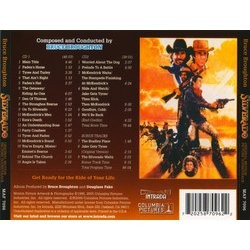 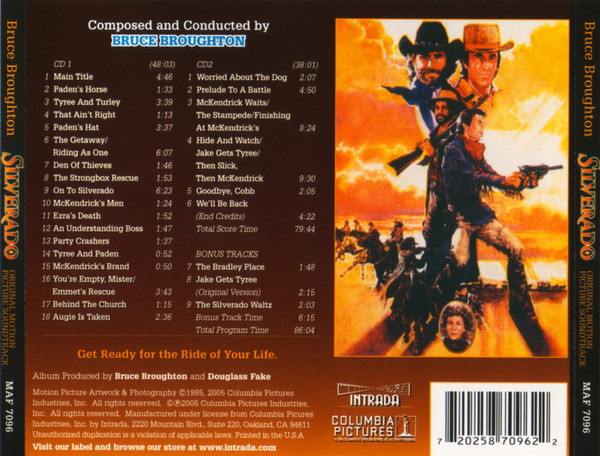 Show reviews in other languages
Silverado - 08/10 - Review of Tom Daish, submitted at 2010-09-26 13:18:04
While not as popular as it once was, the western is a genre that doesn't seem to be going away and a surge of productions increase interest before a dud dries up the supply for a couple of years. Composing for westerns seems ideal for Bruce Broughton and Silverado is perhaps his most popular and outwardly enjoyable. I'm not convinced that Broughton's main theme will ever quite reach the upper pantheon of western themes, fine though it is; the syncopation here feels somewhat stilted rather than athletic. However, it does work much better when used in the context of other tracks, notably as an action motif. Although more subtle, the more sedate Settlers Theme is perhaps preferable and is much more pleasing on its own terms. Broughton mentions several other motifs in the liner notes, but these are somewhat less obvious, but work nicely within the tapestry of the score.
Broughton's action writing is always fine and especially so in this case; The Getaway, which makes great use of the main theme against rushing strings, while The McKendrick Attack is much more in the vein of the action cues of Tombstone with grinding brass and a deep growling quality which works in nice counterpoint to the upbeat main theme. Although there are only passing resemblances to earlier western scores, Broughton's own style is strong throughout and the only serious hint is towards Williams' underrated The Cowboys, although Broughton always strikes me as a composer who, in certain circumstances, can come up with the goods with as much flair as Williams himself. which is not altogether that surprising since Broughton has a very broad symphonic style.

Silverado is largely more instantly enjoyable than Tombstone, but the latter is an even finer achievement and worth getting to know better. The playing is generally fine, despite the odd dodgy brass entry. Sadly, as with many Broughton scores, Silverado is getting a little difficult to find, but hopefully its enduring popularity among film music fans will preclude it from disappearing all together. We should certainly be grateful to Intrada's Doug Fake for his support in releasing Broughton's scores, plus Broughton's use of splendid British orchestras and the lesser expense of releasing a decently proportioned album. Tuneful, often quietly lovely, but largely exciting; all the things you could wish for in a western score and as such, easily recommendable.
Silverado - 08/10 - Review of Thomas Jenkins, submitted at 2022-02-18 02:14:29
While not as excellent as other classic western scores, this one is Broughton's strongest work, buoyed by stellar main theme.