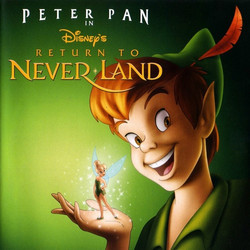 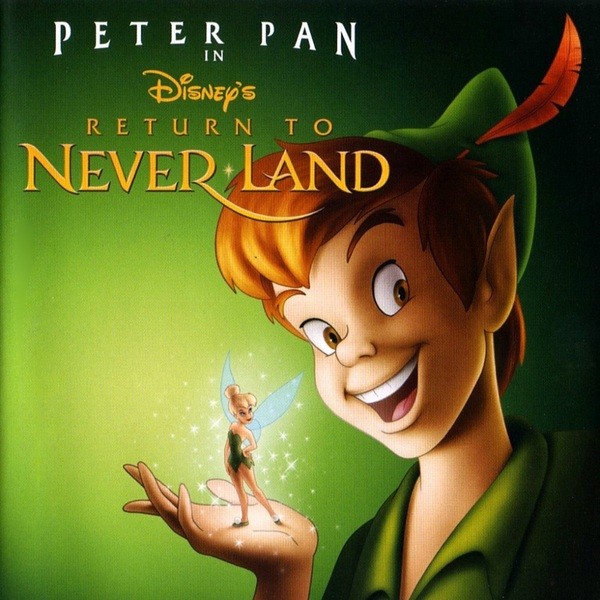 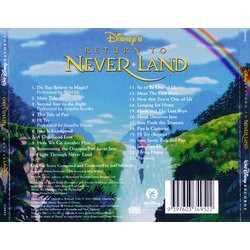 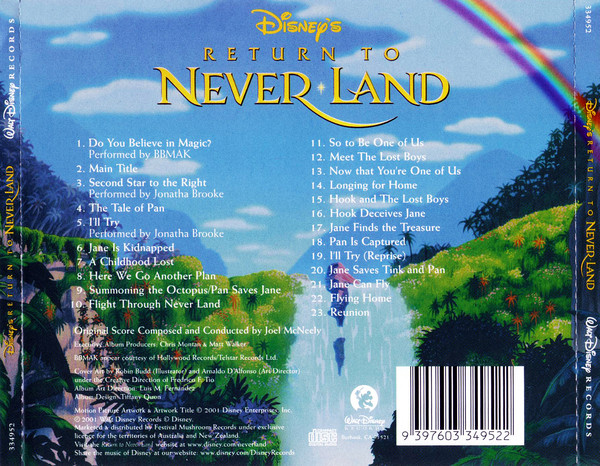 Return to Never Land - 06/10 - Review of Tom Daish, submitted at 2010-09-29 22:25:17
You'd think that if Steven Spielberg can't successfully re-imagine Peter Pan, then anyone else is likely to have equal difficulties. Still, that rarely stops Disney and so they have returned to Never Land for a sequel to their original 'classic' (not quite up there with Bambi and Sleeping Beauty though if we're honest) which was of straight to video quality, even though it was released theatrically. However, they haven't skimped on the music - McNeely may not be an A list film composer, but then neither is Bruce Broughton and his Rescuers Down Under is terrific. Given that Joel McNeely owes more than small debt to John Williams, it would be unsurprising to hear Hook and while this generally true, the main theme is somewhat close to You Are the Pan, but is predictably less interesting.

The sequencing at the opening of the album is curious at best; Do You Believe in Magic? (presumably Disney MagicTM) performed by BBMAK. Pleasingly, it avoids being either some horrible Michael Jackson style number or a power ballad and is quite a fun light rock song. This is followed by the brief, but quite charming main title, followed by Jonatha (sic) Brooke performing Second Star to the Right, which is lovely, but forgettable. Where's Randy Newman with another classic like That'll Do or When She Loved Me when you need him?! The same goes for I'll Try which is pleasant, but empty. From that, McNeely's underscore starts proper. Given the length of the album and the probable length of the film, it almost certainly includes 90% of the music written, which is gratifying, even if some vastly superior efforts for Disney (Goldsmith's incredible Mulan for starters) have been quite hard done by on disc.

Different reviews have given wildly differing comparisons between various styles, but it strikes me as occasionally similar to James Newton Howard's Atlantis in that it mixes some grand orchestral gestures with less welcome Carl Stalling type moments. Perhaps the biggest downside to McNeely's portion of the album are the dreadful songs which make the quite silly American Tail songs seem genius in comparison. Here We Go Another Plan (illiterate title too) is just dumb and pointless, although the song itself is brief and the next cue into which it segues contains some enjoyable, Prokofiev inspired bass brass. Flight Through Never Land is a track title that simple has to inspire a great cue. Williams' original for Hook was brief, but his concert arrangement is one of his finest. McNeely doesn't quite reach the same exhilarating heights, but still gives the main themes and orchestra a good work out.

Despite some enjoyable moments, the score never really manages to be more than the sum of its parts. The songs are curiously old fashioned sounding and I suspect modern kids found them almost as silly as an adult would, indeed you'd be forgiven for thinking they were written for the original film, but with less wit and imagination. Of course, it takes quite a lot to produce an animated score that is less than enjoyable and fortunately McNeely is much better than that, but despite that, the fairly disappointing melodic material is a minus, as is the lack of any really stand out tracks. Still, for a bit of fluffy and forgettable orchestral entertainment, you could certainly do worse.