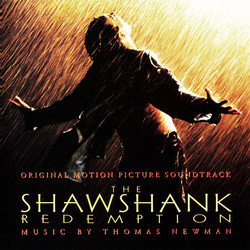 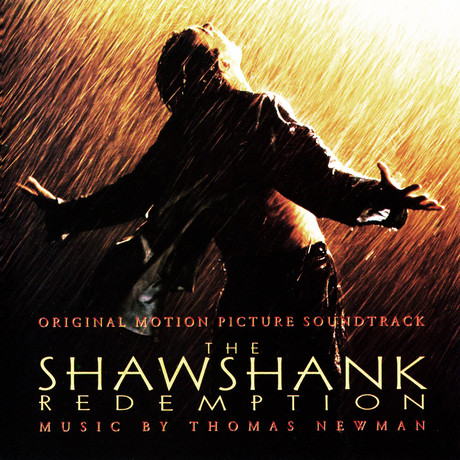 Show reviews in other languages
The Shawshank Redemption - 08/10 - Review of Tom Daish, submitted at 2010-10-02 11:31:44
The Shawshank Redemption is often reviewed as one of the top ten films of the 90's and with good reason. Ostensibly a prison escape movie, it's about as far from The Great Escape as you can get, the focus being on how different people cope with prison life, some ultimately becoming so dependent on being there, that freedom is too much of a shock for them to stand. However, as the title suggests, the lead characters find their way to redemption, but in a climax that could give the average M Night Shyamalan climactic twist a run for its money. Although he'd be scoring movies for over a decade and had made a lot of impact with his quirky scores (including gems such as Scent of a Woman and the joyous Fried Green Tomatoes), The Shawshank Redemption really put Thomas Newman on the film music map as a composer who was perfectly suited to high quality, dramatic films; a reputation he cemented in the following years.

Newman is rarely one to introduce a main theme and then use it throughout a score, his preferred approach is to maybe use it for the titles and at strategic, dramatic points throughout the film. Such is the case with The Shawshank Redemption which has a pair of superb tunes, firstly the disturbed Stoic Theme, an earthy and slightly dispiriting tune for cello and secondly, its equal and opposite, the main redemption theme, which glows with gentle warmth and is the guiding musical light for the fairly well known End Title suite. The intervening tracks are, perhaps expectedly, a mixture of orchestra and less traditional elements, which musically mirror the stark realities of the prison and the drab colours of the cinematography. Using the piano for the delicate parts of a score is an effective film score cliché, but Newman does it better than most, those widely spaced chords and carefully chosen orchestral accompaniments are dramatic dynamite. The highlight here is the quietly disturbing Zihuatanejo, which may not be to everybody's liking, but is striking, yet understated.

The final few tracks turn the tide in favour of optimism, started by the pizzicato strings of Lovely Raquel, with hints of the main themes, all building towards the glorious End Title. Most Newman scores seem to have some source music scattered through them, which always strikes me as a mistake as Newman is, if nothing else, one of cinema's finest creators of mood and music by anyone else, even Mozart (in this instance), feel like an intrusion. The Mozart is a reasonable inclusion given its importance in the film and its inherent quality, although the period songs really work against the score's general vibe. Although unfailingly imaginative, Thomas Newman manages to cross the whole spectrum of listenability in his music. A few are instantly delightful, several are very difficult to penetrate, but the majority require some degree of effort on the part of the listener, but are ultimately very satisfying. The Shawshank Redemption has Newman at his most tuneful and satisfying, but with the body of the score is dark and intense, which can be a bit hard to take the first time. However, every listen returns new rewards.
The Shawshank Redemption - 08/10 - Review of Andreas Lindahl, submitted at 2008-01-20 21:25:40
Stephen King once met an old lady who complained that he only wrote boring horror stories. "Well, what did you think of the movie The Shawshank Redemption?", asked King. "Oh, I loved that movie", answered the lady. "I wrote that one, you know", said King to the surprised woman. And The Shawshank Redemption really is a wonderful film. Based on Stephen Kings' short story "Rita Hayworth and the Shawshank Redemption, the film is directed by Frank Darabont (who also directed The Green Mile) and with Tim Robbins and Morgan Freeman in stellar performances.

And Thomas Newman's score is one of the films' highlights. It generally doesn't make that much fuzz, but effectively stays in the background for the most part, supporting the story instead of carrying it. Slow piano and strings creates an atmosphere of loneliness and introversion, with occasional darker cues, like the uneasy "His Judgement Cometh", with its low brass chords and pizzicato strings. There's also moments of pure beauty, like the short but gorgeous "Suds on the Roof", where Newman presents one of the scores' most beautiful and strongest themes for the first time. It's later allowed to take over the entire stage in the closing "End Title", which features some of the most sweeping, lush and beautiful music Newman has ever written. And with the film taking place in the thirties, there's also some excellent writing for fiddle and guitar ("Workfield", for example). A classic score for a classic film.

Other releases of The Shawshank Redemption (1994):