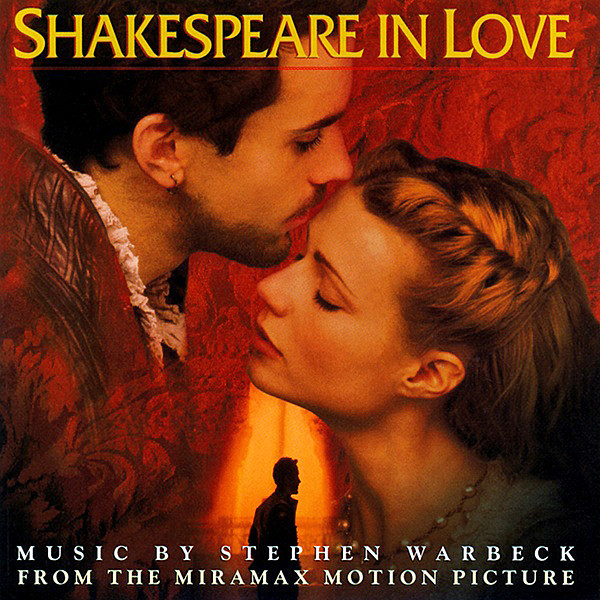 Show reviews in other languages
Shakespeare in Love - 06/10 - Review of Tom Daish, submitted at 2010-10-09 13:13:33
The 1998 Academy Awards turned up their usual parade of strange and unlikely choices, amongst the somewhat less deserving being the prize for best film going to Shakespeare in Love. Admittedly, it's an absolutely delightful romantic comedy, based around a completely fictionalised account of Shakespeare writing his classic Romeo & Juliet. Quite how it could be considered superior to Spielberg's Saving Private Ryan I don't know, although Spielberg did win the best director award and rightly so. Many of the scenes in the play are turned into 'real life' events, most notably a more comedic twist on the balcony scene. The script based around the central premise is wonderful and all the superb array of actors from Joseph Fiennes, Gwyneth Paltrow and Geoffrey Rush to the parade of UK comedians that seem to turn up in minor roles quite often these days, in this case to particularly good effect. The other curious wins, aside from Dame Judi Dench's best supporting actress award for her few lines as Queen Elizabeth (which she did perfectly of course, no matter how small the role) was that for Stephen Warbeck's score.

One of the more curious things to note is that Warbeck's win was for comedy/musical score despite the fact that his score is generally more serious in tone than Nicola Piovani's Life is Beautiful, which mainly centered around the lighter aspects of that particular film and won for best dramatic score. Despite having seen the films a couple of times and listening to the score a good few, I'm still a little underwhelmed by Warbeck's music. The opening cue introduces the well know ascending, bouncy introduction motif that isn't quite a theme itself, but is certainly the part of the score most people will recall. This leads into the smoother, long lined main theme which is good, but doesn't stick in the mind so readily. Warbeck wisely doesn't dwell too much on period style music, just a few hints in De Lesseps' Dance and Greenwich feature that curious brand of madrigal music that always seems to sound the same no matter which composer writes it.

As I mentioned, outside of the jaunty rising motif, much of the music is considerably more subdued and dramatic. Evidently the composer and director felt that only the more dramatic scenes required scoring and much of the lightness of the film is not immediately evident in the music. News of Marlowe's Death and The Fight being particularly melancholy. The final few tracks are particularly noteworthy and The End is quite heart breaking, especially after being mirrored with the first performance of Romeo & Juliet which precedes it.

I find myself at that worrying stage where I wonder if I'm just being a little biased. After all, Patrick Doyle, who would probably have been my first choice to score this type of film has yet to win an Oscar despite having penned many scores far superior to this one. While I might sound a tad harsh, Warbeck did get a little lucky in being swept up along with the film and almost won by default. This is not to say that Shakespeare in Love is a bad score, far from it, but aside from a few superb moments, much is simply pleasant, string thick underscore even if it doesn't always make for a consistently engaging album.
Shakespeare in Love - 08/10 - Review of Andreas Lindahl, submitted at 2008-01-20 21:25:40
Stephen Warbeck's score for Shakespeare in Love is definitely one of the biggest surprises of 1998 for me, and can be described rather well with just one word. Vibrant. The music is very lush, with a big orchestral sound - mainly strings and woodwinds - and lyrical, with an abundance of different themes. The main theme, for instance is a very pulsating and melodic theme, used throughout the score Although this can be called the main theme, I wouldn't say that there is one, dominant, theme binding the score together, which is a pity.

The music is very varied, but still in the same style. You will find everything from romantic cues to playfull and upbeat pieces to dramatic tracks, which makes the score very entertaining. Although I have to admit that it sometimes has a tendence to get a little dull and uninteresting.

Also included in the score is some period music - composed by Warbeck, by the way - which I like. It gives the music that special air of ancient times. "The De Lesseps' Dance", for instance, is a slow Renaissance dance with flute, harp and drum. And "Greenwhich" is in the same style, with guitar, strings and flute.
Oscars: Best Original Score (Winner)