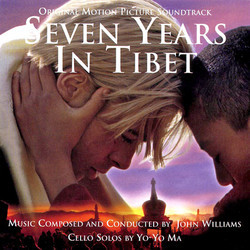 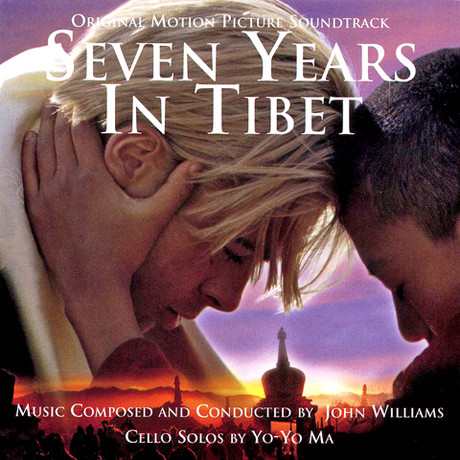 Show reviews in other languages
Seven Years in Tibet - 08/10 - Review of Tom Daish, submitted at 2010-10-02 13:24:54
This is easily one of Williams' best scores in several years. It is certainly his most powerful since Schindler's List. First up is the main theme, which is absolutely incredible, it is beautiful and soaring and when taken up by Ma on solo cello then followed by the full orchestral rendition, the effect is spine tingling. This is a very epic-intimate score, the balancing act Williams manages to achieve is most impressive. Unlike Schindler's List, this score has some more exciting sequences, most notably in Peter's Rescue, with growling brass and rushing harp figures that faintly recall Jaws. The Invasion isn't quite as exciting as would be expected, but I am sure the reason will be more clear when I watch the film, however. It is reminiscent of the invasion music from Empire of the Sun, although is much less full on. There are some lighter moments, Palace Invitation has a wonderful bell figure, almost Christmas like in nature. It has a celebratory feel about it. Other superb moments are when Ma is accompanied by solo piano. These are not the soppy piano figures of Alan Silvestri as in Contact, but much more emotive and powerful. The interplay between the two instruments produces an intimate, personal effect that I don't think could have been created any other way. In track 3, Leaving Ingrid, when this idea is followed by the main theme the effect, once again, is more impressive. There is a good deal of Asian flavoured music with the unbelievably low chanting that appears, funnily enough, in Ceremonial Chant. Other ethnic instruments are deployed carefully throughout much of the music and this works remarkably well.

A mention must go to Ma's excellent cello playing. He lifts the music to a level higher than I think even Williams could have expected. The quality of the playing makes even the slowest moments light up with emotion. I think I've pretty much run out of hyperbole to describe this score. I recommend this to everyone with a remote interest in film music or classical music. This is possibly Williams' most classical score, certainly comparable to Schindler's List in quality and unlike Schindler's List, this score isn't quite as downbeat and perhaps fraction more repetitive. Fortuntely any slower sections are lifted by Ma's remarkable playing. Definitely a score that no Williams fan should be without, if only to hear the fascinatingly beautiful main theme.
Seven Years in Tibet - 08/10 - Review of Andreas Lindahl, submitted at 2008-01-20 21:25:40
I remember that I wasn't overly impressed by Williams' score when seeing this film. Probably because it didn't had an important role in the telling of the story, and probably because I found the film to be rather dull. It wasn't until I picked up a copy of the soundtrack that I really started to appreciate the music.

This is probably a score which will appeal to fans of Williams' score for Schindler's List and the warm sound of the cello, as it includes wonderful cello solos by Yo-Yo Ma. And it really is the usage of the cello as an solo instrument that makes this score so good and wonderful.

Also blessed with a sweeping, gorgeous main theme, given its best renditions in the first and last track, this score deserves to be up there among the classic film scores, or at least on the top ten list of John Williams' best scores. Highlights are the already mentioned opening and closing cues, "Seven Years in Tibet" and "Seven Years in Tibet (Reprise)". These tracks are not identical, and I find the latter version to be superior, as it contains more development of the main theme. "Regaining a Son" is also a superb track, with its light, floating strings, which in many ways is the only optimistic music in the entire score, because Seven Years in Tibet is mostly very downbeat (the main theme will probably not cheer you up) reflective or introvert. But it is superb music neverthless - especially the cello solos - and the concert versions of the main theme are worth the cost of the CD alone.

Two of the tracks, "Young Dalai Lama and Ceremonial Chant" and "The Invasion", contains pieces written and performed by the Gyoto Monks. While it may work in the film, I find that these chantings somewhat interrupts the flow of Williams' score on CD, and I don't find it to be especially beautiful listening to either.
Golden Globes: Best Original Score (Nominee)