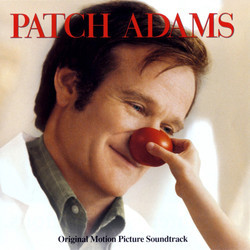 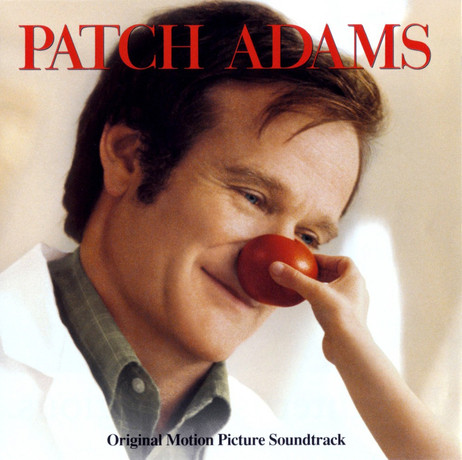 Show reviews in other languages
Patch Adams - 10/10 - Review of Oscar Flores, submitted at 2008-11-03 08:26:20
In the film world, like in many other industries, subjectivity plays a very important role in the decisions viewers make; ultimately allowing people to understand why they like or dislike certain movies and why they rarely agree with others about their preference for certain films. Unfortunately, people  particularly movie critics love to tell us which movies are great and why these are great movies. More importantly, critics always feel compelled to tell us why there is no possible explanation for someone liking a movie they disliked. Sadly, Patch Adams is one of those movies that has been heavily criticized by movie critics for more than a decade, even though there are numerous individuals who unequivocally disagree. Surely, this is a movie with many important life lessons that are often overdramatized on screen, but that are nonetheless incredible reminders of how life works. On the other hand, any time Robin Williams is on screen, one can expect exaggerations and acting embellishments, some of which are not appreciated by critics. With that being said, this film proves extremely effective at creating very deep emotions on its viewers. Needless to say, not much has changed from the time I watched this film ten years ago and ten days ago  my eyes appear to activate their cleaning mechanism almost automatically. Admittedly, the latter appears to be greatly influenced by Marc Shaimans score. Shaiman, an undisputable genius when it comes to scoring emotional scenes, creates a magnificent score that is as beautiful as youll ever hear. Although some critics argue that his score is nothing more than a sappy, cheap composition aimed at forcing people to cry, one needs to carefully listen to how the music is presented on screen. The music certainly magnifies the important, emotional moments, but moreover, the music functions as the inspirational device that keeps us hopeful about Patch Adams vision for the medical profession.

Shaimans score contains three very important themes that will be heard during different parts of the movie. Alongside these great themes, many important motifs also exist. Understandably, all themes appear to be derived from a central tonality based primarily on the chords heard during the main title music. But no matter how the themes are presented, their effectiveness is remarkable. The first track on this album, Main Title, verifies the aforementioned by presenting a beautiful theme with the piano, magnified by the gorgeous swells of the orchestra and a focus on the woodwind section. This theme is extremely powerful, expressive and memorable. This expressiveness continues to be heard in Look Beyond the fingers, which contains a beautiful underscore to what could arguably be called the most important scene in the movie. Again, the woodwind section appears to dominate the soundscape.

Shaiman doesnt rely entirely on the emotional and dramatic harmonizations and orchestrations that make this such a touching score. In Childrens Ward, for example, the score continues to be sentimental, while at the same time possessing a comedic undertone that is undeniably refreshing. At times the music appears to be heading in a direction similar in style to George Fentons jazzy scores, but it quickly transitions in its orchestration, eventually leaving us with a happy, moving sensation. Ranch Reveal, alternatively, is a simple little piece that incorporates folk arrangements in order to represent the rough country and the new rural hospital. This is the only part of the score where Shaiman uses a different musical instrument in order to complement the screen iconography.

The track Speech contains the first minor tonality and heartbreaking quality heard in the music at least in the CD. In reality, the movie has two other crucial scenes (which I will not mention in order to avoid any spoilers) where the cheerful music simply quiets down for a moment. Sadly, most of that side of the score was not included in the album.

For those listeners trying to identify and compare the major themes, Childrens reprise offers the most obvious rendition of the second theme in this movie. Arguably, this theme expands from the main title theme, creating an even more touching piano sequence. At times it seems like this theme becomes more significant, but we should note that some parts of the score containing the outstanding main title melody were not included on this release  although this second theme does become increasingly important as the film progresses.

Butterfly/Noodle and The Ruling/Graduation are without a doubt the most uplifting tracks in this CD. In Butterfly/Noodle, the music soars and flies around, taking the listener through a journey of the many beautiful themes, finally landing on the main title motif. In some instances, the styles of James Horner, John Debney, and even Joel McNeely can be heard; although this track is stylistically similar to Shaimans own score for The American President. In contrast, The Ruling/Graduation introduces a few new motifs that are equally beautiful and never repetitive. This is a grandiose finale to an inspiring story.

Patch Adams is, undeniably, one of the most underrated scores of the 90s. This is one of the most beautiful and inspiring pieces of music found in American Cinema. The themes are strikingly effective at creating a deep emotional attachment with Patch and his vision. This film is aimed at inspiring people; thus, the music constantly maintains a tonality of inspiration that never falls beyond a few minor key changes in the scenes requiring them. Admittedly, I dont think the music ever gets to sappy or over-dramatic. The effectiveness of Shaimans score is incontestable  why else would people of all ages continue to cry with this movie no matter how many times they see it? The themes, orchestrations and, above all, the spirit of this score, serve as a perfect example for other film composers wishing to arouse the most profound emotions in movie viewers. Aside from the obligatory songs included in this soundtrack, Shaimans score is simply brilliant. Thankfully, Shaiman received some recognition when he was nominated for an Academy Award for this wonderful score.
Patch Adams - 06/10 - Review of Tom Daish, submitted at 2010-10-09 11:31:27
Another vomit-inducing sentimental comedy-drama from Robin Williams ensured that I avoided Patch Adams like the black death when it was released. Williams can do serious acting reasonably well,as many comedians seem able to for some strange reason, but since starting in serious acting the syrup content of the films he's been in has gradually increased until there's so much, everything drips along like a cheap, overused metaphor. Marc Shaiman is not unaccustomed to scoring such films and yet again he's done another sterling effort, even though I suspect that it made the film seem even more child-like and gooey eyed than it already was.

After half an hour of songs which are variable from bad to worse, Shaiman's brief (25 minutes or there about) of score take hold. The main theme is a very typical Shaiman theme that reminds me of something else, but I can't think what. However, it's quite memorable and rather lovely and used just enough times to sink in before the running time has expired. The occasional hint of Randy Newman bitter-sweet harmony helps to avoid it being totally sickly, but probably not quite enough for many people's liking. The one curiosity is The Ruling - Graduation which starts in a very similar fashion to Thomas Newman's Little Women end title cue, Under the Umbrella. However, Newman's cut glass orchestrations are eschewed in favour of a more wholesome Shaiman Shaiman arrangement that builds the music up to something much more over the top and rapturous.

One of those albums that is difficult to recommend, the songs aren't strong enough to be able to recommend the whole thing. Shaiman's score is very pleasant, tuneful and occasionally stirring, but somewhat brief and perhaps not different enough from some of his other scores in a similar genre. However if one was to stumble across it for a slightly marked down price then recommendation is much easier and almost certainly unlikely to disappoint anyone who buys Marc Shaiman scores knowing exactly what to expect.
Oscars: Best Original Score (Nominee)