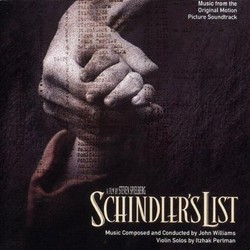 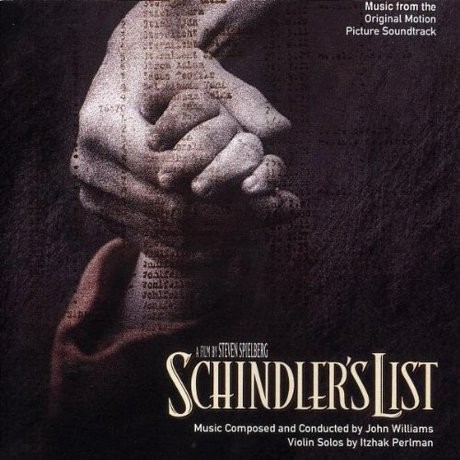 Show reviews in other languages
Schindler's List - 10/10 - Review of Tom Daish, submitted at 2010-10-02 13:24:24
In the same year, Steven Spielberg managed to hit both the financial and more importantly the artistic high point of his career to date. The big financial winner was of course Jurassic Park, but I'm sure that in 100 years time, it will be his now classic Schindler's List that will survive as one of the best films made during the 1990's - at the very least. It gained Spielberg a long overdue Oscar for best director and with that, John Williams won his fourth for original score and third for a Spielberg directed movie. Unlike those previous efforts (all classic scores), Schindler's List is in some ways barely recognisable as John Williams. The bold, high impact scoring is almost entirely absent - even compared with some of the more serious films Williams has scored, nothing quite prepared people for just how sensitive and beautiful Williams' score would be.

The theme from Schindler's List now seems a staple on those classical music from the movies type compilations as a token entry from an actual original score as opposed to an already existing composition. It's not hard to hear why though; the heart breaking simplicity of the melody sensitively rendered on solo violin with a chamber orchestra backing (strings and woodwind) conveys musically everything Spielberg set out to achieve in his film. This is touching music without sentiment, possibly one of the most difficult things of all. The main theme is used as a starting block for many of the other cues. It is sometimes quoted, but often inverted and adjusted in an almost theme and variations type way. Another stand alone highlight is Remembrances which uses less striking intervals, but still retains the same classical, yet ever so slightly folk like quality.

While the melody and style of the main theme inspire much of the score, there are a few notable asides. The lengthy Schindler's Workforce uses an almost minimalist style with a repeated phrase that evolves with subtle shifts in mood. The way it is written evokes the monotony of working in a large factory, but the occasional and almost surprising forays into major chords suggests the small amount of thanks the Schindler Jews must have felt for being able to work in even the worst factory job over the horrors of being in a concentration camp. Although Itzhak Perlman receives a high billing, his playing only graces a few tracks, the playing on which is of course stunning. However, Giora Feidman also contributes a clarinet solo and that contributions should be no less highly regarded. I suppose the beauty and pathos of a violin in the hands of a virtuoso like Perlman is a more haunting experience than almost any other solo instrument.

Williams takes a good deal of inspiration for the music from Jewish folk music and melodies - rightly so, of course - which when attached to his poignant compositional approach is a perfect combination of drama and cultural resonance. Schindler's List, for its story of a small beacon of good amid unimaginable horror, is still often depressing and upsetting viewing. Likewise, Williams' score is so beautiful, but so intense that it may not be an album to take out very often, but is worth it just to recall what a brilliant and versatile composer Williams really is. An outstanding and classic score that should grace any lover of brilliant, beautiful and superbly performed music.
Schindler's List - 10/10 - Review of Andreas Lindahl, submitted at 2008-01-20 21:25:40
Schindler's List is one of the most beautiful, and best scores ever written for a motion picture. It's also one of the most classical sounding scores ever composed by John Williams. Forget William's usual big swashbuckling style, with bold brass. There are few scores except Schindler's List that are so subtle, and so sad and haunting.

The score is based on two different themes - one sad, lyrical theme, mostly performed by Itzhak Perlman on the violin (although I think that the main theme is given it's best treatment in the last track, were it's performed by solo piano and strings). The other theme, what I would like to call the remebrance theme, is more dramatic and desperate sounding, and is used to great effect in cues like "Remembrances".

The music is primarily orchestrated for strings, with subtle woodwinds (which are given a supportive role only, except for the clarinet, which in some cues are given a more prominent role) and of course Perlman's wonderful violin playing. There are almost no brass, which are a little surprising, perhaps. The violin is really an important voice in the score, and is used to create many different moods; sometimes it's sad (sometimes it even sounds like it is crying) or lyrical and other times it's almost playfull and upbeat. The only negative I have to say about William's arrangement for the violin is that it sometimes seems to get a little too high - I think the violin sounds the best somewhere in the middle range, and just above, and not when it's used to play high, screaming, flageolet tones.

I wouldn't call Schindler's List an easy, entertaining listening experience. But don't get me wrong here. It's not that the music in any way is hard to listen to, from a musical point of view. As I've already said, few scores manage to create the same feeling of sadness and desperation, so it's almost impossible to not get affected by the music. Meaning that this is not one of those scores you pop into your CD player when your feeling all happy and satisfied with life, and want some good feelings to accompany your feelings. Therefore this is perhaps not a score you listen to especially often. But when you feel like listening to some of the best filmmusic ever composed, Schindler's List is the soundtrack for you.
Golden Globes: Best Original Score (Nominee)
Oscars: Best Original Score (Winner)