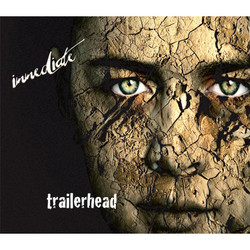 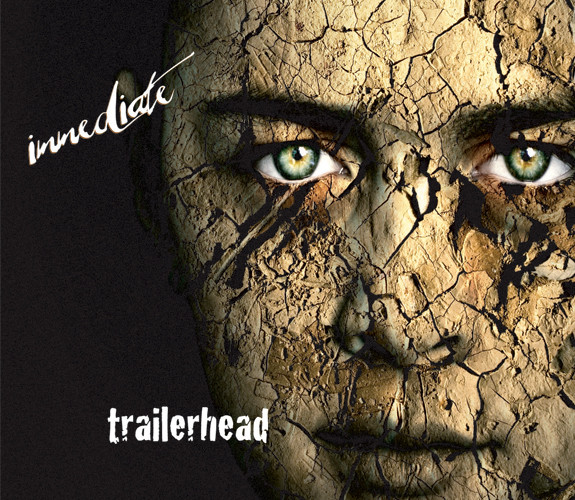 Trailerhead - 06/10 - Review of Oscar Flores, submitted at 2008-08-09 02:19:35
When Trailerhead was first released, I was looking forward to listening to the music that is always on TV. Of course, I’m talking about movie trailers. I’ll admit that in recent years I’ve seen a negative trend in this area of visual scoring, which is characterized by the heavy emphasis put on the choir section. Understandably, studio executives desire a big sound for their promotional ads, so they rely on the same unrecognizable Latin phrases sung by choirs that we’ve grown accustomed to. With that being said, choirs, when used correctly, can certainly create powerful phrases that go very well with films. However, Trailerhead simply reaffirms my negative view of the genre by providing very little — if any — original material. The compositions are weak, mediocre, repetitive, and simply copies of Hans Zimmer and his now famous Media Ventures sound.

Prometheus Rising contains all of the elements one would expect from a Hans Zimmer score; however, the brass section sounds out of sync with the rest of the orchestra, creating an obvious distraction for the listener. Obviously, the impeccable mixing and mastering of this track sets the stage for the rest of the CD. I will say that the power contained in all of the tracks is well handled by the engineers, thereby adding a definite punch to each of the tracks.

Many of the tracks — including tracks 2,4,5,8 and others — contain indistinguishable phrases sung by choirs. In other words, the listener knows that either the soprano, alto, or tenor section is singing, but will never realize what phrases they are singing. Well, let me clarify that I am not referring to understanding the language in which they choose to sing — which will most likely be Latin — I am referring to distinguishing even one word out of the phrases. Again, it’s incredibly hard to make out the words.

Serenata Immortale is one of the more relaxed tracks with great drum & guitar riffs. Many listeners will instantly notice some similarities between this track and the songs ERA used to produce a few years ago. Admittedly, I couldn’t think of any film trailer that could use this track.

Imperitum is one of the most blatant rip-offs of Hans Zimmer I’ve ever heard. I don’t know how Zimmer could not sue and get damages for Copyright infringement, especially after listening to the first 45 seconds or so. Sadly, the brass parts are once again dreadful. One would certainly expect better arrangements from top Hollywood composers. Moreover, the choirs are a total mess; the notes are just all over the place.

Now, by the time Prelude to Paradise rolls around, you’ll either be loving this CD, getting pretty tired of all the repetitive phrases in the string and choir sections, or simply doing something else after stopping the music. I have to say that I was getting ready to go from 2 to 3. I couldn’t help noticing just how repetitive and tedious this style gets. More so, I cannot believe they used real choirs for all the tracks — I mean, it sounds more like they abused EWQL Symphonic Choirs.

Spiritus Omnia and Fides En Lucius Dei contain so many “don’ts” of musical composition/orchestration that I won’t even bother mentioning all of them. Needless to say, overusing the up-five-semitone technique has become simply unbearable. This is exactly why composers such as Bruce Broughton, John Williams, and even Harry Gregson-Williams have become so successful — they create original orchestrations that are never as repetitive as the ones found on this album. Of course, we are talking about film scoring vs. trailer scoring, but I believe the same musical principals govern both forms of scoring. I mean, Fides En Lucius Dei and Shield of Faith include brass parts that appear to be improvised and without any resolution. During Shield of FaithI almost stopped the CD; the brass section just sounded like a 2 year old had approached the keyboard and had started playing. It's hard to imagine that no one came to the composer and told him that orchestration is an art and not simply layering instruments in the most incoherent ways possible.

Surprisingly, I found tracks Onward to Freedom, Generations, and Age of Discovery to be the most listenable tracks out of the CD. Honestly, these might be the only pieces I would recommend listening to. The mellow parts in Onward to Freedom contain beautiful woodwind progressions that will remind the listener of some of Randy Edelman phrases. The more action oriented segments of this track contain a mixture of Basil Poledouris and Hans Zimmer sounds; amazingly, this is a nice combination. Generations is somewhat similar to Gresgon-Williams’ Sinbad: Legend of the Seven Seas, but it’s still enjoyable. Age of Discovery, on the other hand, still contains Zimmer elements in it, but they are used more creatively, making this a better arrangement. Moreover, the listener will hear clear Morricone choir lines that appear to be taken out of “The Mission”. Frankly, I am glad this album contained these tracks; otherwise the repetitiveness of the other tracks would’ve pushed me into giving this album a 4 or 5 rating.

This album is nothing more than the Media Ventures sound made into something repetitive, badly arranged, and at points, intolerable. Yes, the Media Ventures has just been imitated badly — something I didn’t think was possible. Every phrase you hear appears to be taken out of “The Rock.” There is absolutely no effort in trying to hide this fact. More importantly, the choirs get extremely annoying after a few tracks. There’s only so much a listener can digest when it comes to this Orffesque sound. Sadly, now all of the movie trailers contain this combination of sounds, which is what producers and studio executives want. Even film trailers for non-action movies rely on the same progressions we hear over and over and over again in this album. For those of you who might think I am the only one complaining about the Orffesque sound, please take a look at the ad by Australian Beer, Carlton Draught. Aside from the fact that the album is very well produced in terms of mixing and mastering, this CD is a poor demonstration of musical creativity. Hardcore fans of the Orffesque sound will argue otherwise, but again, there is no excuse for abusing the use of choirs, making use of constant repetitions in all of the orchestra sections, having poor orchestrations and arrangements, and ripping off the most ripped off sound of them all: the Media Ventures sound.
Filmmusicsite.com Awards: Best Release (Nominee)

Soundtracks from the collection: Trailer Music