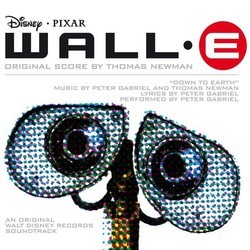 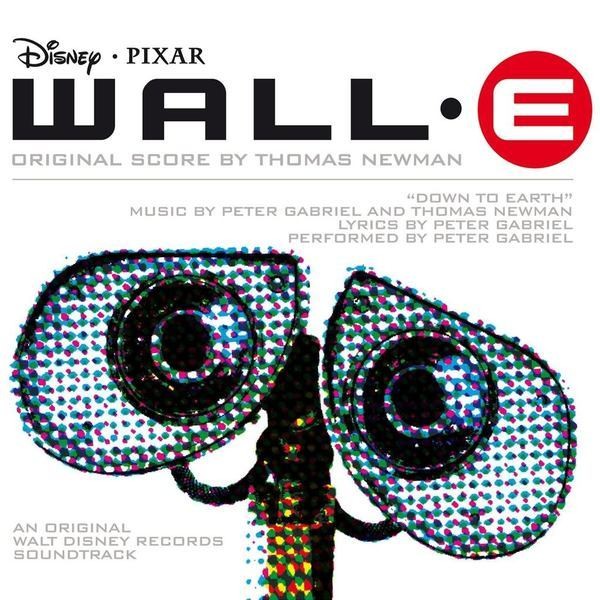 Show reviews in other languages
WALL·E - 08/10 - Review of Andrew Young, submitted at 2008-07-02 07:49:47
In a film where there is not a word of dialogue from your main character for over half an hour, the score has a special duty. Whereas it might take a backseat in films with action and elaborate monologues to care our auditory senses along, WALL·E’s design forces Thomas Newman to stand in the foreground, pants down, exposed to the audience. In some ways WALL·E marks a touch of the standard fare for Thomas Newman. At first impression it could be suggested that his particular brand of restraint toward an overly-developed set of themes and motifs might be inappropriate for a large fun sci-fi outing. However, Newman makes no apologies for his consistent use of light and airy orchestrations and without a doubt, it raises up the film.

While fans of recent Pixar films may be hyped up on the delightful and more pronounced themes Michael Giacchino, it would be hard to argue that he could match Newman in the realm of tone. And WALL·E, despite its very well-paced plot is a film that relies on tone.

There is no cohesive set of themes in WALL·E. There are no really action-packed cues to get our hearts pumping. Instead, we are presented with music that defines its world. In the year 2815 AD there is one robot left to clean up the garbage left behind on earth. It is a new but familiar world. One which requires a tonal introduction. Newman obliges. From the first cue “2815 AD” (following “Put On Your Sunday Clothes” from “Hello Dolly!”) Newman creates a fantasy tone for us that drags us into a world with one occupant left. The spine-tingling chord shifts and arpeggiated harp immediately create a feeling of isolation that gives form to the earth of the future. This musical thought is followed up at the end of the film in “Horizon 12.2” but with the isolation feeling substituted with a sense of curiosity in the music. While this styling has not become standard fare for sci-fi movies in the past few years. One need only look at Jerry Goldsmith’s score for Alien (which Newman seems to pay homage to) to find the value of tonal science- fiction music.

Newman has managed to tap in to the brainwaves of his main character. The tone of the music often follows closely the mindset of WALL·E and helps us along when WALL·E’s thoughts might be a little unclear for us. Newman also relies heavily on his established use of rhythmic strings and staccato brass to drive the film from point to point. Perhaps the most interesting new element would be the introduction of the Harp which expertly serves to levitate or add mystery to the cues it graces. The only downside to the construction of these cues may be that rarely is a theme allowed to fully develop within a cue. But, that kind of imitates the pattern of the story. WALL·E is not allowed his expression of love for EVE to play out until the end of the film. Cues like “Define Dancing” serve to express those feelings but never let them reach their conclusion. While not necessarily helpful for those who might want to listen to the score on its own, it works splendidly in the film.

For those bombastic action moments Newman has no trouble giving us some full orchestrations. The momentum in “EVE Retrieve”, “Rogue Robots”, and “Hyperjump” drive along their respective scenes without becoming overly thematic. They just move well. Also fun and charming are the themes for EVE and WALL·E which were co-written with Peter Gabriel. WALL·E’s is light and quirky, while EVE’s is flowing and graceful. Perhaps the most fun in the score however is Newman’s short jingle for the “BNL” company, sure to amuse.

Overall, fans should find the score to be a strong addition to Newman’s personal brand of sensitive and emotion driven tones. While, there could have been more thematic development in places, the score serves the film without ever getting in its way, which is quite a feat considering its prominence.

WALL·E - 08/10 - Review of Tom Daish, submitted at 2010-10-02 11:32:55
Despite his obvious brilliance as a composer, there is a little part of me that wishes Thomas Newman wrote slightly less eclectic scores. It can be a touch frustrating when some brilliant idea pipes up, but only lasts a minute or two, never to be heard of again. The thought of Thomas Newman doing sci-fi is about as tantalising as it was when he did his first Pixar score, Finding Nemo, but in fairness Wall-E isn't really Star Trek or Serenity style sci-fi, but more of a robot love story. The premise (and that it has almost no regular dialogue, mostly R2-D2 esque bleeps) would sound rather unpromising if it weren't for the fact that Pixar rarely (if ever) disappoint. The album opens, perhaps a little oddly, with Put On Your Sunday Clothes from Hello! Dolly, performed by Michael Crawford; an excerpt from It Only Takes a Moment from the same show appears later on. The brief liner notes by director Andrew Stanton shed little light on these inclusions, but I have no doubt they will make perfect sense in the film itself. Either way, Newman's score is so typically quirky that they don't seem particularly out of place.

As noted, this is not epic sci-fi and so Newman treats it as a sweet, but witty love story. OK, there is no sweeping love theme and First Date is positively retro in its use of of 60s 'ba ba ba' (no, not like sheep) pop chorus. It counts as one of several great ideas that are only heard once - one could imagine it being extended into some brilliant Michel Legrand style pastiche. Alas. Of course, much of the score is considerably more 'typical' Thomas Newman (if there is such a thing), many plinking, percussive passages with shimmering strings - 72 Degrees and Sunny is a prime example. The watery textures of Finding Nemo are actually in evidence throughout, but they seem just as appropriate for outer space as they did for the deep blue. Also much in evidence is Newman's comedic side, not perhaps his most renowned, but it shines through here; Typing Bot, the hilarious advert BNL and M-O are all delightful and occasionally really quite silly (but not annoying, Newman is too classy for that), however, alas again, rather brief. While largely intimate, there are a couple of more exciting moments, notably Thrust, Eve Retrieve, Mutiny and particularly the surprisingly dark Rogue Robots. These hint at what a more typical sci-fi film might get from Newman.

The album closes (save for a brief score coda) with Down to Earth performed and co-written by Peter Gabriel. Even after a few listens, I'm not entirely sure what to make of it; I suppose Newman does folksy rock is the best I can come up with. There's definitely plenty of Newman's style there and the lyrics aren't too toe curling, although I suspect plenty will find it rather mawkish. Wall-E certainly takes a good number of listens to appreciate all of it, but then that goes for most Newman scores. He's not a composer who writes in long structures and all the nuances won't be picked up on the first listen or two, but as ever, perseverance pays plentiful dividends. A word must also go to the superbly retro packaging. OK, it's basically like the Lost World cardboard diorama, but without pop-up dinosaurs, but the no frills cardboard and pleasingly original approach to the graphic design works rather well. One almost longs for an LP version to turn it into a piece of artwork worth hanging on the wall (as a number of soundtrack album covers deserve).
World Soundtrack Awards: Best Original Soundtrack of the Year (Nominee)
World Soundtrack Awards: Best Original Song Written for a Film: "Down to Earth" (Winner)
Golden Globes: Best Original Song: "Down To Earth" (Nominee)
Oscars: Best Original Score (Nominee)
Oscars: Best Original Song: "Down to Earth" (Nominee)
Filmmusicsite.com Awards: Best Original Score (Nominee)