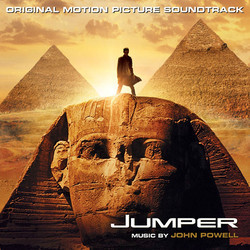 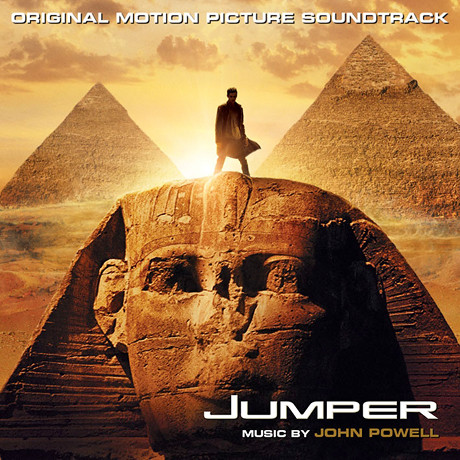 Jumper - 07/10 - Review of Oscar Flores, submitted at 2008-08-25 06:29:48
What a year it has been for John Powell! Officially, by the end of 2008, he will have worked on seven different movies. Talk about being in-demand in Hollywood. The premise for the movie Jumper sounded much better than what the movie really is. Without ruining the plot or giving away too many details, Jumper centers its story on David, a normal kid who one day inexplicably discovers his ability to teleport to the library. Yes, you heard it right, the library. He eventually becomes a millionaire, enamors his high school sweetheart, and becomes the target of a group of people that act like the Ghostbusters. Anyway, this movie has more plot holes than…well, you get the idea. It’s certainly hard to praise this film, especially considering how terrible the acting and script really are. However, most film music enthusiasts— and John Powell fans, of course— will at least show some interest because of the expectation of having a great action-packed score. I don’t want to disappoint anyone, but this score is nothing spectacular. Sure, it includes the powerful percussion and string sections often heard with Powell, and it functions well on film providing an enjoyable listening experience, but don’t expect any great themes, chord progressions, or even great orchestral arrangements. Honestly, I can’t blame John Powell for not providing a more thematically-oriented score; after all, the movie is a complete disaster. Yet, the score is a commendable effort by Powell, deserving at least some recognition

‘My day So Far’ introduces a six-note motif which, sadly, will not completely resurface in other parts of the score — until the very last track, that is. This theme had the potential of becoming a more dominant element of this soundtrack, but Powell never exploits the opportunity. Furthermore, ‘My Day So Far’ establishes some of which will be the signature marks of this score: the heavy use of the brass section and the piano and the constant use of the modified sitar, used to represent the distinct geographical settings in the movie.The more apparent and straightforward motif of this score, however, is introduced in ‘Bridges, Rules, Banking’; one which will also be heard in tracks like ‘Echo of Mom’ and ‘Jumper vs. Jumper. ‘ ‘Bridges, Rules, Banking’ relies on many of the same musical structures John Powell utilized in his past scores, including The Italian Job, which made use of a wide variety of complex electronic sounds. Even though this piece serves well in the movie by moving along with David as he starts to master the art of Jumping, on the CD it sounds too thin and too weak. Actually, ‘1000 Volts’ improves this situation by providing a more solid composition still somewhat dependent on the vibrant drums and electronic sounds.

‘Coliseum Fight’ serves as the background music for the pivotal scene of this movie. I won’t spoil it for those who haven’t seen this film, but needless to say, the whole sequence lacked action and a defined reasoning behind it. Hence, John Powell had very little to work with in this and other scenes, making his job that more difficult.

‘David Comes Clean’ and ‘Roland at the Lair’ are two of the longest tracks in this album and certainly two of the most energetic and action packed cues, too. Aside from the predictable string ostinato patterns and the brass crescendos, these tracks are highly entertaining. The orchestrations are a little bit more intricate and varied. Undeniably, ‘The Sacrifice’ provides the best listening experience from this score. The music is solid throughout and, more importantly, all of the themes are presented in a clearer and better orchestrated way. This track serves well as representative of the musical elements contained in all of the other tracks.

Arguably, the score lacks musical unity due to the inconsistencies presented by the script and the whole film. How could Powell develop well defined themes if none of the three main stories of the film were narrated or characterized intelligently? (i.e., David’s family, Millie’s romance, and Paladins)In fact, the problem starts when trying to define the core narrative of this film, because none of the three stories is clearly shown as more important than the other two. Therefore, Powell was able to salvage some musical integrity by making use of a simple six-note motif and other shorter themes, which certainly highlight the movie as a whole, rather than some particular element or character. The score is enjoyable due to the short duration of most tracks and the excellent music production. The music is simple, yet pleasing and never monotonous. Nonetheless, there is a clear lack of orchestral and thematic evolvement, which unfortunately turns the score into a forgettable undertaking by Powell.
Trailer: