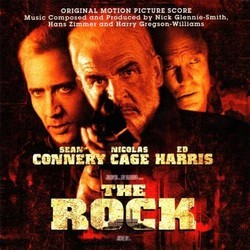 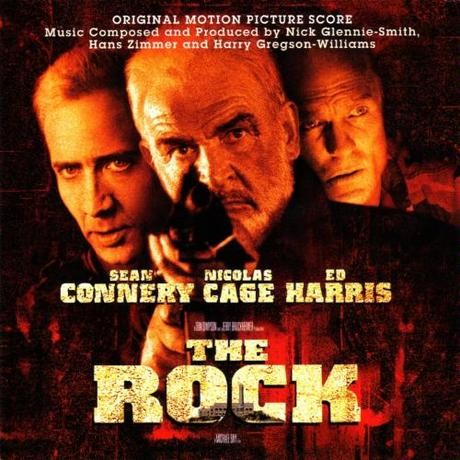 Show reviews in other languages
The Rock - 08/10 - Review of Andreas Lindahl, submitted at 2008-01-20 21:25:40
Composed by Nick Glennie-Smith, Hans Zimmer and Harry Gregson-Williams, The Rock is a score people who dislike Zimmer's action music, a la Backdraft and Crimson Tide should stay away from at all cost. Like those two scores, The Rock, is rather loud, if not extremely loud, with Zimmer's usual mix of synths and orchestra - and choir - energetic drums beats and rapid percussions of all sorts. And like those two scores, The Rock, is equipped with incredible catchy, lyrical and memorable themes, which are used throughout the entire score.

Since three different composers worked on the score, it has been debated who really wrote what. Zimmer himself has said that he wrote the major themes, and the opening cue, as well as a couple of other cues, and Glennie-Smith and Gregson-Williams the rest. But I suppose we will never know exactly who wrote what, and in a way it is not important. But it is interesting to note that the opening cue from Glennie-Smith's score for The Man in the Iron Mask, almost exactly sounds like the opening from The Rock. Was that Glennie-Smith's way of telling us "I wrote that!"...?

The music really plays a prominent part in the film, and is certainly one of the reasons the film is so exciting. Even my non-soundtrack fanatic friends (read: ordinary, normal people) noticed the score and even enjoyed it - and I have this score to thank I discovered Zimmer's music. On CD it is also very enjoyable, although it sometimes can get a little too loud and disturbing, especially when the percussion kicks in.

The Rock is an enjoyable action score, but there are better scores in the same style, like the already mentioned Crimson Tide and Backdraft.
The Rock - 06/10 - Review of Tom Daish, submitted at 2010-09-07 22:42:38
This can best be described as orchestral heavy metal. It is a high octane action score that manages to keep up the pace, although it is rather samey. Not a whole lot happens and it just moves from one exciting action cue to another. There are some nice quieter moments such as in Jade, although I'm not convinced they are musically connected to the rest of the music very well. However, they are a welcome break from the action. The firs track is probably the best of the action music as it starts off with a fairly sombre trumpet theme with percussion, but breaks into some typical pounding percussive Zimmer action music. The rest follows in a similar vein, but there is little development and becomes a little too generic for my liking. It is also pretty unoriginal, sounding very much like Backdraft and Crimson Tide a lot of the time. The main theme is OK, but not nearly as powerful as Crimson Tide and the variations of the other motifs aren't that great on the whole. Also, being written in a committee, it is difficult to know who did what, but there aren't any parts which make you wonder who it was written by. Zimmer is good at writing action scores, but they only tend to contain one or two good tracks and those are the ones which contain a cross section of the different themes and aren't totally action orientated. Overall, if you like Zimmer, you will probably like it, but I have yet to find an all round great Zimmer score, well, except for perhaps the The Lion King.
This soundtrack trailer contains music of: