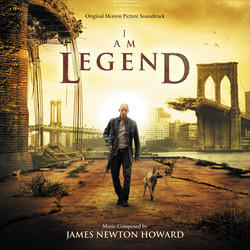 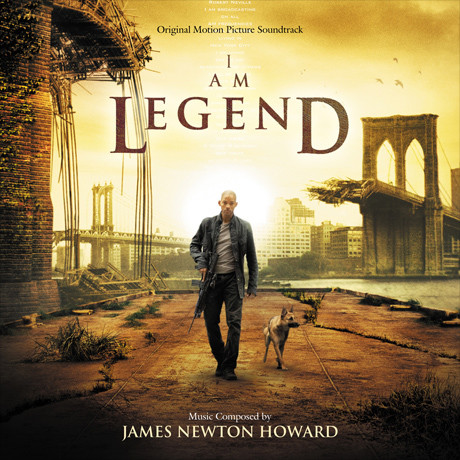 Show reviews in other languages
I Am Legend - 08/10 - Review of Jason FLZ, submitted at 2011-04-09 20:58:20
Richard Matheson's famous novel has always been the point of interest in Hollywood, with countless films inspired by the concept. In 2007 the novelwas finally borught to the big screen in a more modern version. To underscore most of the film was James Newton Howard's beautiful yet solemn score. In the end, however, the filmakers decided to go the more silent route leaving only a small portion of the score. It's a shame though, as I am Legend is one of JNH's best offerings for the genre.

The film's main theme is heard automatically in 'My Name is Robert Neville.' The combination of piano/orchestra offers one of the most effective and great themes. As the score progresses the theme is reprised as a piano solo in 'I'm Listening' and in more orchestral form in 'Sam's Gone' and 'Epilogue'. JNH also makes good use of the trumpets to create an almost patriotic sound primarily in 'Epilogue' and 'Scan Her Again'. The score does suffer from an overuse of synth, however. 'The Pier', while boasting a beautiful choir segment, mostly delves into deep bass rumbles and eery electronics. 'Deer Hunting', 'Darkseeker Dogs', and 'Reunited' also feature synth heavy parts which usually drown out the nice orchestral moments that would really add onto the music. One of the highlights of the album does come with 'Evacuation'. In the cue JNH dramatically morphs the main theme several times; starting with a darker variation, playing it into a hopeful choir filled part, bringing down into softer territory, and finally exploding into an orchestral variation.

I am Legend is definitely an effective score, making me wish that it hadn't been altered the way it was for the film. James Newton Howard provides one of his most effective scores with it. The reprise of the main theme numerous times allows the listener to sample the various emotions that flow through the album. My only complaint is the synth music. At times it can be effective, such as in 'Darkseeker Dogs'. Other times, however, it simply covers up the orchestral music. Otherwise, I am Legend is one of JNH's best scores and definitely needs to be heard if you enjoy music that can really tap into your emotions without becoming depressing.
World Soundtrack Awards: Soundtrack Composer of the Year (Winner)