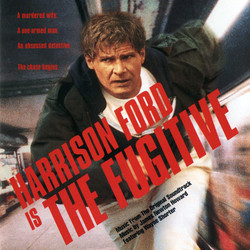 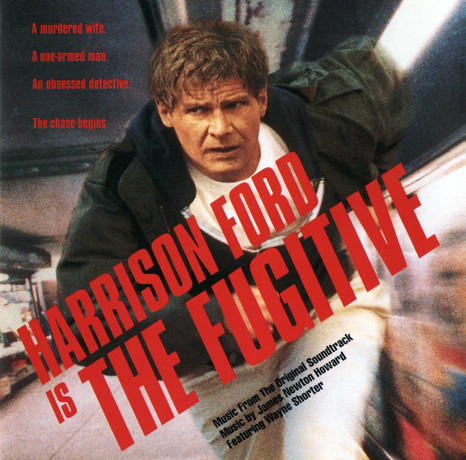 Show reviews in other languages
The Fugitive - 08/10 - Review of Tom Daish, submitted at 2010-09-26 20:09:11
One of the unfortunate side effects of The Fugitive being such a good and well received film, was that it helped pave the way for a seemingly endless number of film versions of 'classic' 60's television shows. Unfortunately, upgrading nostalgia to the big screen isn't always successful, but thanks to tense directing and star turns from both Harrison Ford and Oscar winning Tommy Lee Jones, Andrew Davis' adaptation is a cracker from start to finish. It also thrust James Newton Howard firmly onto the Hollywood A list of composers with an Oscar nomination, even more surprising given the subject of the film. The days when an action score could get nominated are essentially gone, but it just shows how effective Howard's score was.

Action thriller scores are generally formulaic affairs and only a handful of composers can raise them from being generic, Jerry Goldsmith perhaps being the most adept, but Howard shows a great aptitude for the genre. He manages to engender the sympathy of the audience with his Fugitive theme, which is presented mid album in arrangement for piano (played by Howard himself) and saxophone performed by Wayne Shorter. Perhaps a little difficult to recall afterward, the atmosphere and tone of the piece stick with the listener far longer. It certainly compares favourably to something like Goldsmith's It's a Long Road theme from the Rambo movies, which similarly provided a great deal of sympathy for the character.

There are of course several action sequences and Howard with a little nod to Jerry Goldsmith (which is almost obligatory these days), fashions several taut and exciting cues. Mainly orchestral, there is also a little synth percussion included to great effect, but these only serve to enhance the orchestra, rather than take over. Highlights include Helicopter Chase and Subway Fight, both of which are examples of modern action scoring at its best. What makes the score better than the average are the quieter sections which are equally interesting, from the sax solos of Kimble Dyes His Hair to the more subliminal Kimble Returns and the strangely downbeat finale, It's Over. All actually have a distinctive atmosphere and tension that is so often missing from this type of score.

Since The Fugitive, Howard's reputation has been growing steadily and based on the evidence here, it's not hard to see why. The Howard trademarks are not quite so in evidence, his style having become more obvious as he has progressed, but it certainly couldn't be confused with anyone else. The Goldsmith similarities are only glancing and the whole effort is better than Goldsmith's somewhat more average effort for the sequel US Marshals. Not necessarily Howard's best work, but certainly one of his top five scores to date, highly recommended.
Oscars: Best Original Score (Nominee)