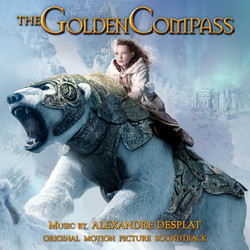 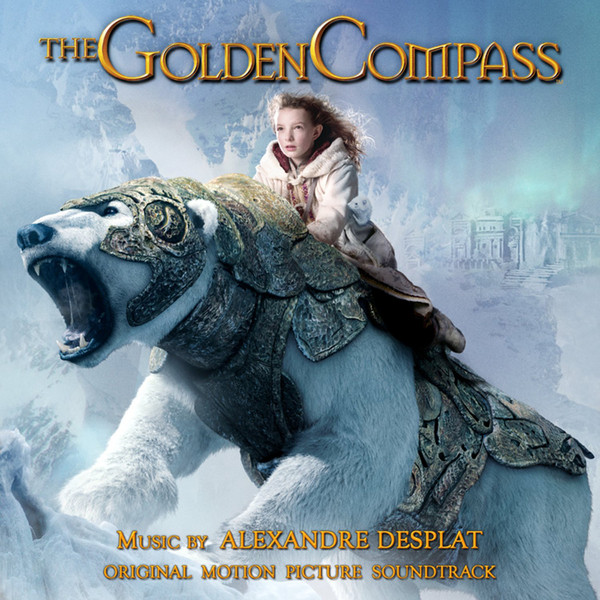 Show reviews in other languages
The Golden Compass - 08/10 - Review of Tom Daish, submitted at 2010-09-08 22:37:31
Eventually, Hollywood will run out of fantasy novels to convert into film, but by then, we'll all be long gone. After quite a few pretty dismal entries (a tedious The Lion, The Witch and the Wardrobe, complete with underwhelming Harry Gregson-Williams score and the truly dire Eragon with a good to fine Patrick Doyle accompaniment), Philip Pullman's His Dark Materials trilogy seemed a far more interesting prospect. The books themselves are very highly regarded, although I must confess to having given up on them rather quickly, but I may reconsider. Maybe I have a crushing lack of imagination, but fantasy always strikes me as far better suited to cinema since books require lengthy descriptions of distant lands, which in a time of such impressive effects can be rendered every bit as beautifully as the mind can conjure. Sadly, the opening entry in the trilogy, The Golden Compass (amended from the rather more mysterious Northern Lights, under which the book was released in the UK, the replacement seemingly rather a bastardised title as the semi-magical instrument it refers to isn't a compass in any real sense) struck me as distinctly underwhelming. Somehow, one never really feels that much for the characters, nor is the story sufficiently interesting to be so engrossed. A lot of the deeper ideas (namely its atheist overtones) have been toned down. Also, as many reviewers have pointed out, Nicole Kidman and (in particular) Daniel Craig aren't nearly in the film as much as the publicity would suggest, rather it's left to Dakota Blue Richards, the child lead, to anchor the film and, aside from a voice that veers from stage school to cockerney every couple of minutes, does a fine job.
If the film itself is something of a disappointment (not bad, by any means, just not blow you out of your seat amazing as I rather hoped) then you could say the same of Alexandre Desplat's score. I know, it's a horribly downbeat way to start and I wouldn't want anyone to think Desplat has done a bad job, but in the pantheon of great fantasy scores, The Golden Compass doesn't quite cut it (admittedly, it's a genre with probably a higher number of outstanding scores than any other and populated by some of film music's best composers, from Mr Williams downwards). However, let's start with the good; the main themes are, if not stupendous, memorable and not relentlessly upbeat or gratingly in your face. Admittedly, the titular opening cue doesn't exactly splash across the speakers, introducing the idea (not so much a theme than an assemblage of mysterious twinkling) for the nominal instrument, an idea repeated more frequently in the film itself. The score doesn't quite appear in film order, but this is to its benefit as there is a cluster of rousing travelling cues in the film that would make the album top heavy. Still, they constitute some of the most memorable musical moments (stop alliterating!), notably Sky Ferry, Lee Scoresby's Airship Adventure (which does sound like a board game devised by a 2nd division football manager) and Riding Iorek, which are all suitably thrilling. Needless to say, Desplat pulls out all the stops, but with his customary ability to orchestrate more clearly than just about anyone else in Hollywood.

The action cues are also a rousing bunch, notably Samoyed Attack, Battle with the Tartars (no sauce) and, especially, Ice Bear Combat which is just about the most pant wetting couple of minutes committed to digital tape all year. It also further proves the notion that you don't need to simply pile on the percussion (although there is plenty) to make something exciting, indeed, it's string led, with just cunning use of a descending, chromatic motif to provide all the momentum. Surprisingly, it's perhaps the quieter tracks where the score seems to fall down a bit. There's nothing overtly wrong with them - this is Desplat after all - but are occasionally a little inconsequential and across a lengthy album do lead to it dragging a little in places. The score closes with a rousing finale that is curiously close to Williams' Jurassic Park, while the Kate Bush song is reasonable, but skippable. I am definitely becoming more curmudgeonly in my old age (unless it's to do with Doctor Who in which case I skip around like a demented child) so you should probably take the above with that in mind. Don't get me wrong, The Golden Compass is largely excellent and easily one of the best scores of the year. Maybe, as other reviewers have pointed out, I'm being unduly harsh because it doesn't fulfil the fantasy score stereotype; possibly, but I'd like to think I'm not quite that shallow. It could be down to the brevity of many of the tracks and there not being quite enough room for the music to breathe, a side effect of the pacing of the film. Of course, Desplat could be suffering from John Williams syndrome where expectations are now so ridiculously high, anything less than perfection is a disappointment. From almost anyone else, The Golden Compass would be at the top of their output, but from a composer whose output is an embarrassment of riches, just not quite the knockout score we were all hoping for.
World Soundtrack Awards: Soundtrack Composer of the Year (Nominee)

Other releases of The Golden Compass (2007):