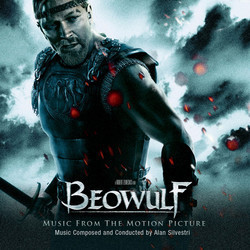 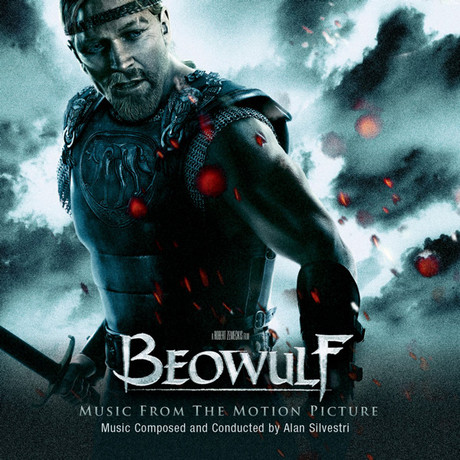 Show reviews in other languages
Beowulf - 08/10 - Review of Edmund Meinerts, submitted at 2009-10-05 08:49:53
The third millenium was looking immensely promising for Alan Silvestri after his work for Stephen Sommers The Mummy Returns and Van Helsing re-established him as a number-one choice for action-adventure film music. From the trailers, it seemed as though Robert Zemeckis' bizarre idea of a motion-capture Beowulf would beat out even 300 for epic excess. The perfect opportunity for Alan Silvestri to pump some serious steroids into the already over-the-top Gothic splendor of Van Helsing.

The album opens extremely promisingly with the way-too-short 'Beowulf Main Title' (though the same sound continues into 'What We Need is a Hero'). Some will hate it, some will love it; for whatever reason, I adored the in-your-face combination of synths, shouting heave-ho male choir, pounding percussion and a stirring horn fanfare to represent the character of Beowulf. It is, indeed, very much like Van Helsings Dracula theme on steroids  same pounding rhythm, similar chanting choir. Despite this epic statement, though, it's a very one-dimensional theme with very little in the way of counterpoint or harmony. This is not a display of compositional weakness on Silvestri's part, but rather a conscious decision, as I shall explain.

Outside of the aforementioned two cues (totalling less than three minutes on the short album, but they are three absolutely essential minutes to anybody compiling Silvestri's ballsiest moments), the theme never returns to its full, bombastic statement. This is because Zemeckis' film takes the traditionally one-dimensional, 'perfect' hero that is Beowulf and creates a flawed, three-dimensional character (with only partial success, in my opinion). The epic, enjoyable but admittedly shallow theme represents the hero Beowulf strives to be, while the more nervous statements that are scattered throughout the rest of the score (often just the first three notes, followed by three hesitant deep percussion hits) show us that he's just a man like any other, very much prone to temptation.

Two folk songs, appropriately ancient in progression, are performed by Robin Wright-Penn and accompanied by a lute or harp. They may slightly annoy some who were looking for a score-only album, but Silvestri once again shows his intelligence by taking these two folk songs (Gently As She Goes and A Hero Comes Home) and making themes out of them. Gently As She Goes, a love ballad, is transformed into a non-prominent love theme, usually played on solo flute. A Hero Comes Home plays a far more important role, appearing in several cues and several guises in the latter half of the album (from King Beowulf onwards). The orchestration and the progressions of both these themes will conjure up memories of Reunited from Van Helsing, and indeed, 'He Was the Best of Us' rivals that cue in its lengthy, sweeping, majestic development of the A Hero Comes Home theme (with some of the Gently As She Goes theme for softer interludes). For those who find the action music and heroic theme too synthetically abrasive for their taste, the choral power here will probably make it the best of the album.

Two cues on the album are used to represent the devious character of Grendels mother: The Seduction and The Final Seduction (whoever decides on this sort of thing obviously didnt go to pains to come up with fresh-sounding track titles). Her theme is simultaneously creepy and sexy, as befits the Angelina Jolie-played character, and is accompanied by echoing harps and deep electronic pulsing that evokes dripping water quite effectively. It is probably the most original material of this score, though it can meander a bit too much to sustain interest.

Finally - and always a major question for more casual Silvestri fans - many will be disappointed by the sparsity of action cues in Beowulf. In a way, this is actually a good thing, as most of it is surprisingly mundane, especially when compared to Van Helsing or The Mummy Returns. Perhaps the best action music - aside from the sadly-short choral chanting and metal clanging in the first twenty seconds of 'I Did Not Win the Race' - can be found in the rollicking six-minute Beowulf Slays the Beast, but even that loud, propulsive and fun track (driven by a bank of partially synthetic and slightly anachronistic percussion) seems rather soulless when compared to 'My First Bus Ride' from The Mummy Returns or 'Burn it Down!' from Van Helsing. Other action cues such as 'Second Grendel Attack' contain much of the same material as 'Beowulf Slays the Beast', rendering them quite redundant.

No, where Beowulf excels is in the epic statements of its title theme at the outset (if you can stomach their glorious lack of subtlety) and choral majesty in the score's second half. Silvestri hasnt been very busy since 2004s Van Helsing, but when compared to his other output in this vacuum (Night at the Museum, G.I. Joe: The Rise of Cobra, Night at the Museum: Battle of the Smithsonian), Beowulf is definitely the strongest.
Beowulf - 07/10 - Review of Tom Daish, submitted at 2010-10-09 12:27:28
Director Robert Zemeckis seems hell bent on his parallel career in motion capture CGI movies which use the movements of real actors as their source, rather than the skills of animators, to render his lead characters. Fortunately, in the years between Beowulf and The Polar Express, the quality has improved and so the human characters are a bit less creepy, even if they are tumbling noisily into the uncanny valley - that level of realism in the rendering of a humanoid which is 99% of the way there, but with occasional ticks that give away their unreality. The result is more distracting than those clearly not meant to be an entirely realistic representation (those in the marvellous Ratatouille or Incredibles for example). What makes it worse here is that half the CGI actors in Beowulf look like their real life vocalists, notably Anthony Hopkins and Angelina Jolie while some, in particular the titular hero (long blond hair, a body that Michelangelo's David would weep over and the firmest buttocks you're likely to see in a non-specialist cinema), portrayed vocally by Ray Winstone, looks nothing like the actor. Indeed, we should be rather grateful given the amount of time he spends fighting in the nude. Still, pleasing that they didn't change the story from the original legend much to have him fight more suitably attired, even if the results are a bit Austin Powers in execution as crucial body parts are miraculously concealed behind props and bits of the set - yes, even in this liberal age, we're still too prurient to see a naked man, even in an entirely non-sexual context. Still, think of what might happen to children who see someone naked at the cinema, probably the end of the civilization as we know it (assuming Simon Cowell hasn't instigated it already).

Of course, being a Zemeckis film, Alan Silvestri is along for the ride at the scoring stage. I was rather surprised at the harshness of my Polar Express review (particularly the curmudgeonly rating) as it's a very entertaining score. Then again, I am lucky enough to have the promo version with considerably more underscore than the original release, which no doubt helps immeasurably. However, Beowulf has a perfectly proportioned soundtrack release. One rather feels Silvestri peaked a few years ago and many of his scores seem to follow on the coat tails of more famous efforts. As Van Helsing followed the superb Mummy Returns, so Beowulf follows Van Helsing. In fairness, Beowulf is more varied and interesting than his effort for Stephen Sommer's misconceived Dracula movie and aided immeasurably by a memorable main theme, with just the right amount of Nordic heraldry thrown in for good measure. Its initial appearance in the Main Title isn't quite what one might expect, bedded with synths and electric guitar, it's not a good start. Fortunately, this isn't a sign of things to come and First Grendel Attack fits the bill of thunderous, well conceived Silvestri action scoring. There is plenty more where that came from, the second attack, naturally, plus I Did Not Win the Race (another of those track titles that makes more sense in the film itself) and the spectacular final blowout as Beowulf Slays the Beast. Not ground breaking, but Silvestri does this kind of thing as well as anyone, indeed, he probably does it better.

The lighter side is most notable in the two songs performed by Robin Wright-Penn which, to be fair, produced some titters from the audience I was with. Going from a naked blond man slaying a hideous monster to a woman singing along to a plucked harp in that quasi-Shakespearean mode is a bit hard to stomach. Nice songs, but the difference in style is perhaps a touch jarring given the general modernity of the harmonic language. Then again, the orchestral arrangement of Gently As She Goes, in Full of Fine Promises, is superb and the rock anthem version of A Hero Comes Home for the end credits just about tolerable. Grendel's mother (whose role is different and, for my money, actually far more interesting than in the original legend), gets a beautifully chilling melody, presaged by a simple echoing acoustic guitar figure, best heard in The Seduction, but also reprised in The Final Seduction. Maybe having been too harsh on The Polar Express I'm more inclined to be positive about Beowulf which has received fairly mediocre reviews. However, I'd almost go so far to say that Silvestri makes a good case for following in the rather large footsteps of Jerry Goldsmith, at least when it comes to his 90's and 00's scoring (13th Warrior and so forth), being both thematically memorable, exciting in all the right places, while offering some perfectly fine gentler material which manages to hold its own alongside the bombast. Not a classic by any means, but too thoroughly entertaining to pass up.
World Soundtrack Awards: Best Original Song Written for a Film: "A Hero Comes Home" (Nominee)