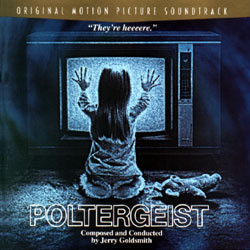 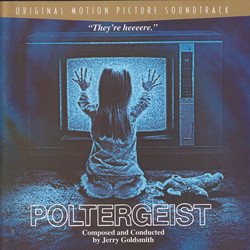 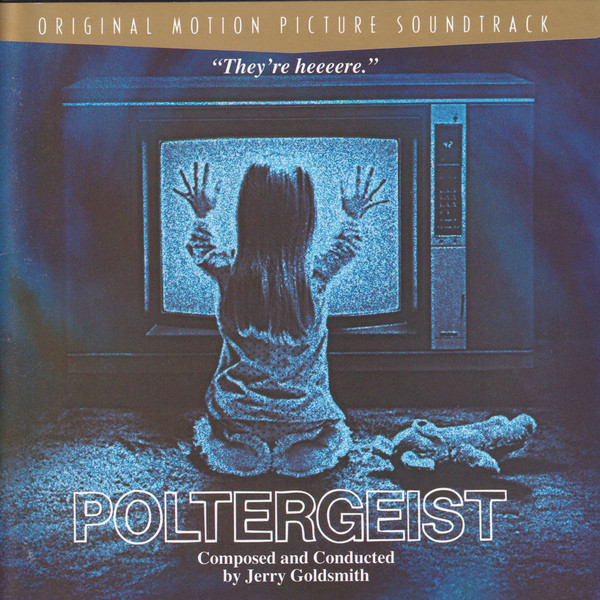 Show reviews in other languages
Poltergeist - 09/10 - Review of Jason FLZ, submitted at 2011-05-08 18:50:17
In 1982 Steven Spielberg/Tobe Hooper created a creepy horror film about a neighborhood where sinister things are taking place. The film was plagued with several on-set issues, including; injury of various cast members, malfunctioning equipment, and a battle for credit between Spielberg and Hooper. Despite this, the film has been come to be known as one of the most inventive horror films of the decade. To capture the sense of innocence and the stark contrast of fear, came the composing god, Jerry Goldsmith. 'Polergeist' is the perfect blending of Goldsmith's signature horror elements and his lighter, orchestral themes.

Goldsmith's theme for the film is best known as 'Carol Anne's Theme', presented at the end of the album. The theme sounds alot like a lullaby, with a soft melody playing over a children's choir. All at once the theme is presented as a lighthearted look at the main character's innocence in the horrible situation. It sounds great and is fully memorable. It also gets a reprise in; 'The Neighborhood', 'The Tree', and 'contacting the Other Side'. For the horror elements in the film, Goldsmith relies on sharp, blasting trumpets. 'The Clown', 'Twisted Abduction', and 'Escape From Suburbia' are good examples of the blasting horror. Some of the other highlights in the score come with the eery melody at the opening of 'The Calling' and 'Night Visitor', and the orchestral brilliance in 'The Light' and 'Rebirth'.

'Poltergeist' is certainly an orchestral triumph in horror scores. Alot of the music Goldsmith geniously composes seems innocent and sweet, only to be perfectly countered with horrific brass themes. The score is both terrifying and beautiful. It only goes to show how versatile and smart a composer like Jerry Goldsmith can be.
Oscars: Best Original Score (Nominee)