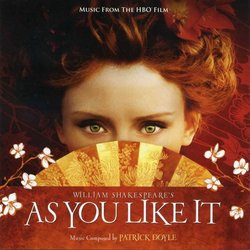 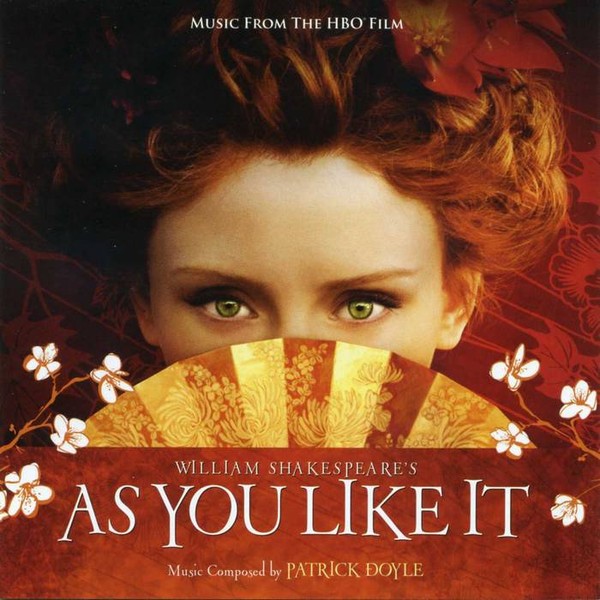 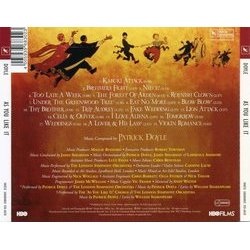 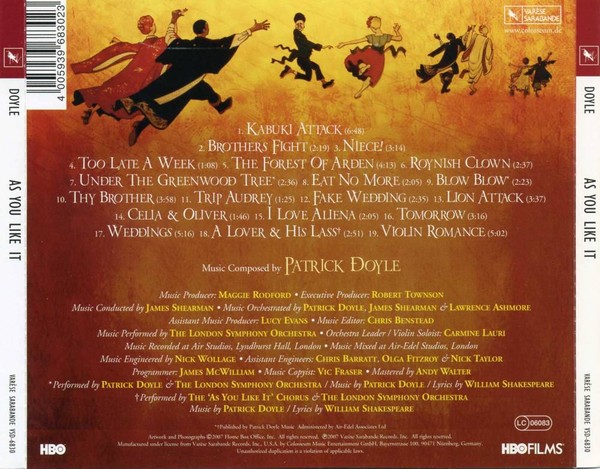 Show reviews in other languages
As You Like It - 07/10 - Review of Tom Daish, submitted at 2010-09-10 23:12:08
Kenneth Branagh has been turning his directing attentions to some of the Bard's less well known works recently, in particular Love's Labour's Lost which I don't think anyone beyond Shakespeare scholars and the odd GSCE student knew much about. As You Like It is a little better known, and does contain one of his most famous monologues starting with 'All the world's a stage And all the men and women merely players.' Don't say you never learn anything here. Dead cultured me. Like yoghurt. For some reason, Branagh decided to relocate the setting from France to Japan although, as has been noted, despite a strong Japanese resonance at the beginning (Kabuki Attack), this fizzles out as the action moves to the Forest of Arden; that well known area of Japan (or Warwickshire). Similarly, Patrick Doyle's delicate score gently suggests the orient, albeit not to any greater extent than the film itself. As its title would suggest, Kabuki Attack is a dramatic opening, the film inserting a bit of ninja action into Shakespeare (there's something you don't read every day) and Doyle adds in a touch of Tan Dun, although Doyle is one of those composers who rarely sounds like anyone else but himself.
Brothers Fight continues the more dramatic opening, but Niece! sets the rather more subdued tone that pervades the lengthy middle of the score. Like the film itself, much of the Japanese style in the music fairly superficial in its incorporation. Under the Greenwood Tree is a song performed by (I think - one annoying feature of an iTunes download is the paucity of credits provided) Doyle himself which is a typical Doyle melody, but with plucked pentatonic backing. Another song, Blow Blow, continues in this vein; there's no attempt to make the melody sound Japanese, just the way it's arranged, which is very low key, but equally lovely. Indeed, low key sums up the score's general mood, but, anchored by a memorable main theme, it doesn't lose too much focus, There are a couple of playful interludes to rouse the listener, notably the brief but delightful Trip Audrey. Only in the later tracks does the music move above a dull roar; even titles that suggest something more exciting - all but the last minute or so of Lion Attack, for example - are as picturesque as the rest.

However, as the machinations of the lead characters start to resolve, Doyle opens the music out and Weddings and A Lover & His Lass inject a little more of the outgoing, sunny optimism that marked out Much Ado About Nothing. Indeed, Doyle repeats the concept of having an ensemble, choral finale in A Lover & His Lass with another delightful and memorable melody (albeit a touch Christmassy in execution, but that's no bad thing), surely destined to go down as a compilation staple. As is the Violin Romance, a gorgeous summary of the main themes, that closes the album. I'm at something of a loss to draw a definite conclusion about As You Like It; a little light pruning of the middle tracks wouldn't have gone amiss. It certainly doesn't have the dramatic or melodic variety of his Much Ado despite being absolutely gorgeous from start to finish. If the rating seems a bit mean, then it just shows that ratings are all relative. A delightful score, if just not as strong as his finest.
With a setting inspired by 19th Century Japan, director Kenneth Branagh adapts William Shakespeare's lightest and most delightful comedy As You Like It, a celebration of the enduring power of love in all its many disguises. Witty, playful and utterly magical, the story is a compelling romantic adventure in which Rosalind and Orlando's famous courtship is played out against a backdrop of political rivalry, banishment and exile in Forest of Arden.

Patrick Doyle's score is one of his best. It's a ravishingly beautiful and exotic work which also has moments of thrilling drama. The score culminates in a spectacular Romance for Violin and Orchestra. Patricks Doyle's As You Like It is one of the film music highlights of the year!