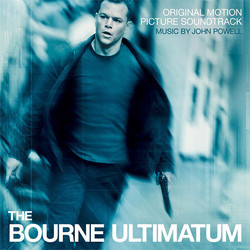 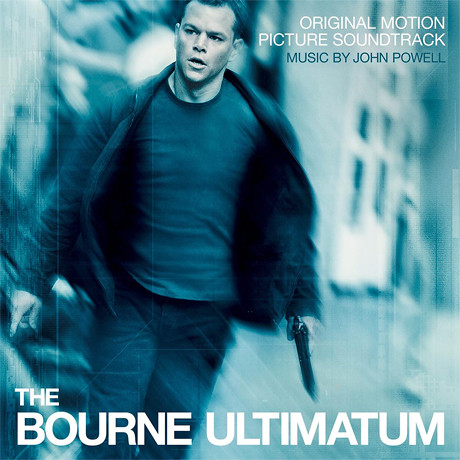 Show reviews in other languages
The Bourne Ultimatum - 08/10 - Review of Tom Daish, submitted at 2010-10-08 23:13:27
While it's nice that John Powell's CV is becoming increasingly diverse, it's pleasing to note that certain collaborators are coming back time and again to work with him and in genres in which he excels (although the evidence so far is that he can excel in whichever he chooses). There aren't many composers whose work in the thriller arena I would be especially eager to hear and many I wish would stay well away to concentrate on their strengths (Mark Isham - you do write great music, but please, no more thrillers). It's interesting to note that the last Bond film seems to have made certain attempts to cash in on the rather edgier style of the Bourne films, returning Bond to the cold killer he was originally intended to be rather than a cipher in an explosion of (notably poor) CGI effects, increasingly silly gadgets and plots. However, Jason Bourne's crusade is more personal; despite his clinical effectiveness in the field, there is some point to the mayhem and he relies on his wits, rather than implausible toys, to get himself out of trouble. While the approach to the music employed by Arnold and Powell to their respective series' is similar, it seems that it was Arnold coming closer to Powell for Casino Royale than Powell trying to ape Arnold at any point.

At the risk of putting off potential listeners, if you enjoyed the first two scores, this is largely more of the same; a mixture of percussion and large orchestra. On paper it's the kind of description that can go either way and be hugely exciting or ear bleedingly tedious. Of course, it is more or less entirely the former. Powell not only knows how to construct a cue, he also knows how to make the orchestral musicians work for their money rather than simply let the percussion run away with it. Lengthy action cues such as Tangiers and Assets and Targets ebb and flow organically, neither losing momentum when it's required, nor simply banging away annoyingly. In another parallel to Casino Royale, The Bourne Ultimatum has a long suspense cue. Waterloo versus Arnold's Miami International. It's noticeable how much more accomplished Powell's writing is sustained over ten and a half minutes, as opposed to Arnold's episodic thirteen minutes. Then again, the equivalent scene in Bourne is far more impressively mounted which may have helped.

Respite is a little thin on the ground but Thinking of Marie is emotional centrepiece of the album; it doesn't really have a strong melody to take away, but its mournful tone is perfectly in keeping with the steely feel of the film. Powell could perhaps have injected a bit more warmth, but it wouldn't take much to upset the overall tone of the score. Then again, Faces Without Names builds an even greater intensity, with a surprisingly powerful string elegy which wouldn't be out of place in a film with greater gravitas. It's moments like this that put Powell ahead of the game and ensure that The Bourne Ultimatum ultimately seems a much finer effort than Arnold's despite that having stronger central thematic material in the form of the surprisingly memorable song tune. Despite what the advertising people would have you believe, I don't really think anyone associates Moby's Extreme Ways that closely with the series, although as it worked in the previous installments, so it works here; the general vibe mixes fine, even if the material is otherwise unrelated. It seems likely this will be the last of the Bourne films and Powell brings it to a close in fine musical style and giving us the most entertaining action score of the summer.
World Soundtrack Awards: Soundtrack Composer of the Year (Nominee)