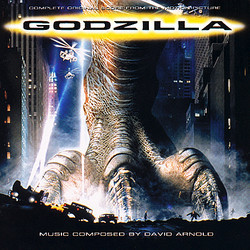 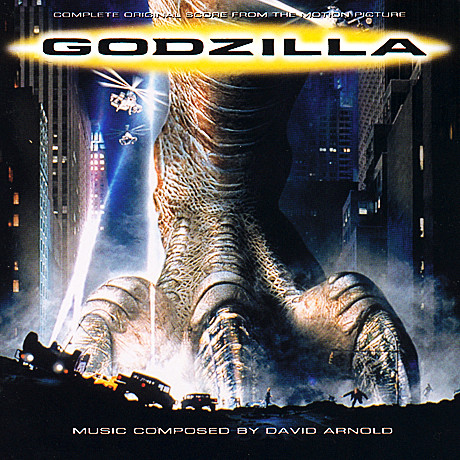 Godzilla - 08/10 - Review of Jason FLZ, submitted at 2011-06-28 22:04:02
Very rarely do American remakes of Japanese franchises work out. The best example by far of this is the American Godzilla. Heavily advertised, the film ended up critically panned and left a bad taste in audiences mouth. For David Arnold at the time, his career was close to hitting a peak. After scoring massive projects like Stargate and Independence Day and taking on the James Bond franchise as well, Arnold got to score a major monster movie.

For those who enjoy or at least are accustomed David Arnold's usual sweeping themes will probably have a good time with this score. For the massive lizard-like dinosaur there is a grand thematic piece. Dramatic scenes in the film are marked with overly dramatic, bombastic and choral melodies. For the action, Arnold scores with as much intensity as his ID and Stargate scores. There is also a militaristic theme for the french spruced in.

David Arnold's action scores are generally good, and Godzilla is no exception. While not as powerful or fun as Independence Day or even as developed as Stargate, Godzilla is a great score to behold. The action cues are thrilling, to say the least. The themes are also sweeping and mysterious. Not Arnold's best album but a pretty strong effort on his part.
Trailer: