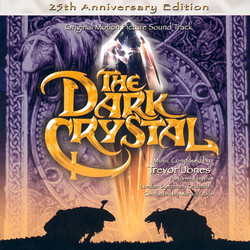 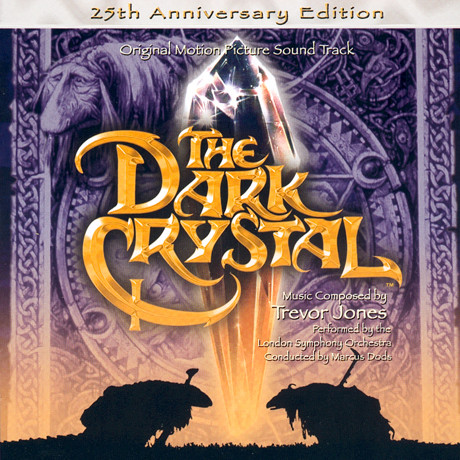 The Dark Crystal - 09/10 - Review of Tom Daish, submitted at 2010-09-28 21:37:59
It is perhaps surprising that the Muppet films are still as popular as they are, given how surprisingly primitive they seem in an age of Pixar and fully digital film making. While modern effects are impressively flawless, the 80's was a creative explosion in physical effects and one of the most ambitious was Jim Henson's The Dark Crystal, entirely acted by sophisticated puppets and animatronics. One of the film's most striking aspects is the production design and how splendidly creepy it all looks, even the forces of good are slightly disturbing and not entirely lovable. George Lucas may be able to show unlimited alien designs, rendered almost perfectly in the digital domain, but there is still a slight sterility in digital effects that hasn't yet been overcome. The Dark Crystal might have been more of a technical and design marvel than a brilliant story, but it's still a remarkable achievement, as is Trevor Jones' hugely popular and oft requested score.

For a score recorded by The London Symphony Orchestra - hence no reuse fees - it seems surprising that a proper CD release has been so long in coming and even then, it's a limited edition. I was fortunate enough to find the original LP in near mint condition for a few pounds some years ago and it's one of the few LPs I would actually make an effort to listen to (that and Elmer Bernstein's yet to be released on CD comedy western, The Three Amigos), but now I can keep my LP for the lovely art work and enjoy the original album in perfect digital reproduction. The first disc reprises the content of the LP and sounds fantastic, doing Jones' mysterious and memorable music justice, particularly in the more striking moments of The Dark Crystal Overture, which introduces the indelible main theme - a fantasy theme that is both oddly familiar and strangely alien.

Great scores are more than just their main themes and the rest is full of incident and drama, the original album presentation has no weak moments. Jones mixes a fairly traditional orchestral palette with more unsettling sounds, from the ominous church organ of The Funerals to the jollity of The Pod Dance, the latter clearly an influence on the folksy finale of James Horner's Willow, some years later. The Love Theme isn't perhaps the most memorable ever, but this is a theme of innocent young hearts, not sweeping romance and more in keeping with the Gelfling's primitive outlook. The latter is perfectly captured in the wordless vocals of the Gelfling Song, the vocalist backed only by a mixture of animal chirrups - it sounds like it should be awful, but is surprisingly effective.

The second disc presents the complete film score which, unfortunately, highlights the score's weaknesses more than it strengths. There are some fine moments of course, the exciting Observatory Destroyed, even if the use of percussion puts to mind melodramatic 60's TV scoring at times, and the extended music for the dramatic closing scenes. However, there are quite a number of tracks that fill in the gaps, many of them rather short, which disrupt the flow, rather than adding much of genuine interest. For example, after the portentous Opening Titles, Jen Plays His Pipes is sweet, but feels somewhat incidental. There is also a greater proportion of eerie moments which are alluded to in the album format, but become a little tiresome when drawn out, especially since the strings sound harsh and a touch tinny, presumably due to tape damage. At the other extreme, the rather over comedic Skeksis Feast spoils Jones' carefully constructed mystical mood.

Perhaps the biggest disappointment of the full score disc is that the sound is just a touch muffled throughout, often with noticeable hiss. There are also quite a few tracks which fade out abruptly; nothing that's enough to totally ruin the experience, just disappointing that it isn't perfect, especially since the film is relatively recent. However, with two discs and two versions of the same score to enjoy, there is still plenty to enjoy and for fans of the score, having both versions in the same set makes it essential. There is a brief synopsis of the film and details about Jones, plus a brief excerpt from an interview with the composer regarding the score, offering a little insight to the origins of the music and Jones' involvement. Unfortunate that it's not the perfect presentation of the score that was hoped for, but still a fantasy film score cult classic.

For those who are content with the original album release, La-La Land have released the single disc 25th Anniversary edition which should satisfy those who were unable to obtain the two disc set as. For most people's money, the original presentation contains all of the best tracks in superior sound and without the disjointed feel of the expanded version.