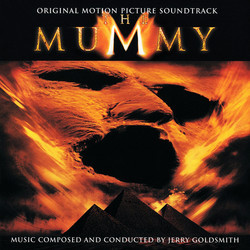 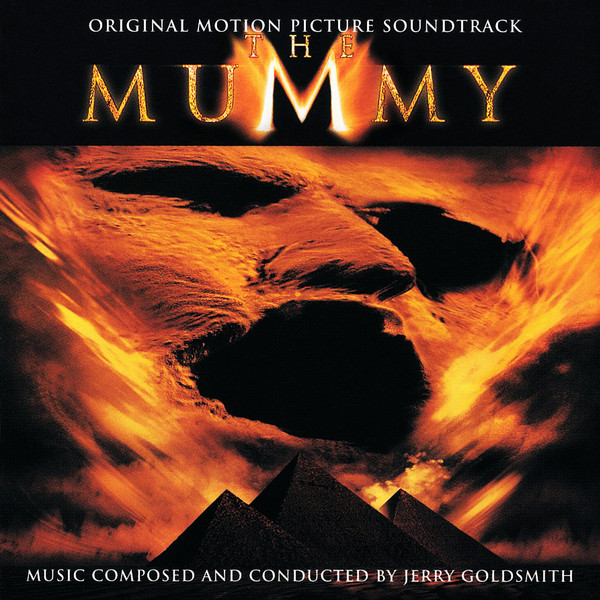 Show reviews in other languages
The Mummy - 08/10 - Review of Edmund Meinerts, submitted at 2010-03-13 21:48:30
Hey, want to watch a movie that's kinda-sorta Indiana Jones, but not quite? Well, you can, thanks to Stephen Sommers, because it’s not just the director's name that mirrors that franchise with the bullwhip. The Mummy is a 1999 action-adventure flick starring a likeable - not Harrison Ford likeable, but decent enough in his own way - Brendan Fraser, the extremely watchable Rachel Weisz and a host of sideshow characters ranging from amusing to annoying. The Mummy is a film that's hard not to enjoy. Unlike so many poorer adventure films, it knows it’s stupid and doesn't ever try to take itself seriously, almost stepping over into the realm of parody at times. As such, it is simply an over-the-top, SFX-laden adventurous blast. This kind of movie tends to provide the canvas for the sort of score I just lap up - huge, bloated, tongue-in-cheek, pure fun. And the guy to deliver this time round is the collaborator for Sommers’ previous and inferior Deep Rising, none other than the legendary Jerry Goldsmith.

Some claim that The Mummy was Goldsmith's last great score before his death five years later, in 2004. I disagree, as that honor goes to The 13th Warrior later the same year, but there's truth to that statement, especially the bit pertaining to a “great score”. Certainly, it's one of Goldsmith's most well-known efforts, thanks in part to the movie's rather unexpected popularity and the score's very obvious placement within it. And seeing as how Goldsmith is one of the most underappreciated artists in an already underappreciated genre, this is certainly a good thing.

I’ve mentioned the music’s prominent placement in the film; this score really does makes an instant impression from the very beginning, as some eerie choral work accompanies the Universal logo before the camera pans down over the pyramids towards a big ancient Egyptian city. The music explodes into a massive, menacing statement of one of the score's three major themes (heard in "Imhotep" on the generous hour-long score-only album). This is the theme for the film’s undead and hairless villain Imhotep, a memorable and growling one performed on low brass, usually over either pounding percussion (as here) or swirling strings (in several of the action set pieces such as “Tauger Attack”). It’s fun popcorn villain music at its best.

Themewise, though, it’s the other two that will make the biggest impression. First there’s the adventure theme for Rick O’Connell, a fun, cocky march – more in the style of Small Soldiers than Raiders of the Lost Ark, thankfully. The theme is given its best presentation in the middle of what is probably the album’s standout cue, the final one, “Sand Volcano”. It’s got an insanely catchy rhythm that swaggers along beneath the rising and falling brass figures of the theme proper, a presentation that is in equal parts heroic and humorous, ultimately very fitting of this main character. While not quite as energetic as Alan Silvestri’s hero theme would be for the sequel, The Mummy Returns, the idea still works well in the action setting, which is where it’s most called for (“Night Boarders”, an immensely fun cue featuring an absolutely rattling xylophone part, is the best example).

But what really brings people, myself included, back to this score is the love theme, a truly beautiful composition that, I must admit – despite my liking of this movie – rises far, far above the romance it represents. Though it begins rather unassumingly with a few stereotypical, ethnic-sounding progressions (which foreshadow the extremely similar material in The 13th Warrior), it is sometimes allowed to swell in full to its gloriously sweeping heights. Two performances of this theme are to be raised above the rest – firstly in an action setting, the absolutely stunning “Camel Race”, which is full of really vibrant, brilliantly pulsating brass writing underplaying the main melody on strings. It’s soaring music of the best kind, exactly what you would wish for in an adventure flick.

Secondly, there’s the theme’s most lengthy and full statement, during the second half of the excellent and aforementioned “The Sand Volcano.” This is one of the moments where the score outclasses the film. The theme’s crescendo is wonderfully augmented in its climax by the choir for a really ecstatic sendoff to the album.

Most of said album, it must be said, is action music. For folks who don’t like being unsubtly clubbed over the head for the majority of a score’s running length, The Mummy might pose a few headaches. Myself, I can’t get enough of action music, especially when it’s as well-composed as this (isn’t the absolutely relentless Van Helsing one of my favorite scores, after all?). And the action music here is really top-notch, fully orchestral stuff that never becomes anonymous due to the fact that each separate cue has a personality of its own and never devolves to simply being aural wallpaper. It’s noisy, true, but never unlistenably or unharmonically so, and there’s almost always any of the three themes present to sustain the listener’s interest.

Of course, The Mummy isn’t all flashy special effects and gorgeous vistas of the sort that offer the chance for big, thematic scoring. There’s a good share of tense, underground horror as well, and this is where the album becomes a bit less enjoyable. Cues like “The Sarcophagus”, “The Crypt” and “Discoveries”, while highly effective and certainly not as unlistenable as some of the straight horror music these days, don’t sound quite as good when orphaned from the film. Goldsmith employs a few of his instantly recognizable trademarks here: plinky, drip-drip electronics and pitch-bending brass that sounds a bit like a propellor airplane flying by – all techniques used in other late-90s Goldsmith scores such as The Edge.

For true film music aficionados, it must be noted that this score will not stand against older Goldsmith classics such as Planet of the Apes, Patton, Chinatown, Star Trek: The Motion Picture. But to be fair, for a film such as The Mummy, I would have been quite frankly astounded if it had. As an additional antidote on that note, it’s curious the negative way in which Goldsmith reacted towards the film, especially considering how impressive his score is. He issued some well-publicized remarks about how he was disappointed at the way films of the caliber of The Mummy were polluting his resumé. It is true that Goldsmith has often provided excellent music for terrible films in the past, but The Mummy is far from the worst on his lengthy discography (Rambo, anybody?). This disagreement eventually led to Goldsmith’s shoes being filled – masterfully, might I add – by Alan Silvestri for the sequel, The Mummy Returns.

Sour backstory aside, The Mummy stands among other newer 90s scores such as First Knight, The Ghost and the Darkness, Mulan and The 13th Warrior as a late highlight in Jerry Goldsmith’s impressive oeuvre. It’s not particularly demanding or thematically focused – in both respects, Silvestri’s sequel music is superior, in my opinion – but you will find yourself listening to it over and over nonetheless, such is its addictive personality and sense of fun. For that alone, this score comes recommended.
The Mummy - 10/10 - Review of Andreas Lindahl, submitted at 2008-01-20 21:25:40
Goldsmith fans are not exactly spoiled with long CD releases of their favorite composers' music. With the release of The Mummy Decca breaks this trend, as the album clocks in at just under 60 minutes, something that should satisfy the majority of the film music fans out there.

The Mummy is a remake of the 1932 classic about an expedition stumbling over a mumified high priest in an ancient tomb, who in his life time was sentenced to eternity as a living dead. The expedition sets the mummy loose, and he is, well, not a nice person to deal with. So there's a lot of action going on on screen, and this is of course reflected in Goldsmith's score. Big time. The Mummy is non stop adrenaline pumping action, which will make you go "Yeah!", if that's the type of music you really like. The score, to use a well known expert term, simply rocks.

Like many other action scores by Goldsmith, The Mummy has a very distinct brass and percussive sound. The main theme being a perfect example. This is an Egyptian inspired theme dominated by dramatic and powerful brass and heavy timpani and more exotic percussion. It's a wonderful theme, which really sets the tone of the entire score, and it's really too bad that Goldsmith doesn't make greater use of it in the score. Instead the score revolves around a couple of other minor themes. They are all very good, so one shouldn't complain, but it would have been nice with one dominant theme. The love theme - of course there's a love theme - is a rather fragile - and I don't mean that in a negative way - little piece, played by subtle strings and flute, and some kind of plucked, probably Oriental, instrument. It's a classic Goldsmith love theme, and serves as a perfect contrast to the exciting action music.

Goldsmith also makes splendid use of the choir. He uses it quite sparse, so the effect is even greater the times its dramatic sound is heard. This along with the huge brass sound, heavy percussion and the, often, racing strings, gives the score a very powerful and dark sound, which is one of the things which makes it so good, and perfect for the film - this is after all a film about an angry mummy running around, making life hard for the people involved.

But the score also has some negative sides. One being that there can sometimes be a little too much of the heavy action and big orchestral sound. It can actually be quite disturbing to have a timpani go BOOM, BOOM, BOOM constantly in the background. Very effective, yes, but also very enervating. But, at the same time, if you're in the mood for some great, and loud, action music, this should only make you even more excited...

The final cue on the soundtrack is a superb highlight. "The Sand Volcano" is one of the best action cues I have heard in a long time, and builds towards a wonderful final, where the different main themes all get wonderful renditions, performed by the whole orchestra. A perfect ending to a really good action score.
This soundtrack trailer contains music of: