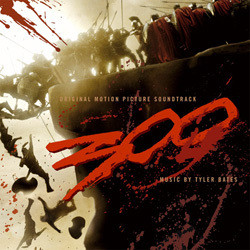 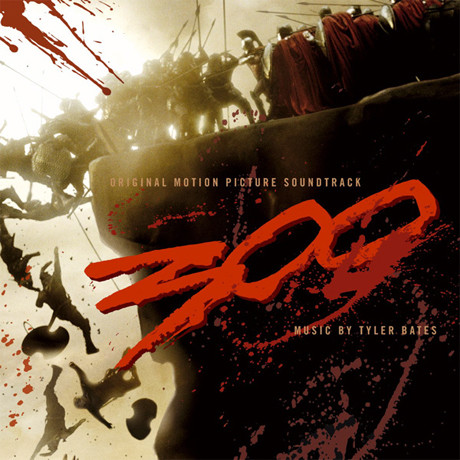 Show reviews in other languages
300 - 02/10 - Review of Edmund Meinerts, submitted at 2009-10-03 10:49:30 en
300 is easily one of the most controversial and most hated scores of our generation. An uninitiated film score listener might be baffled by this - he (or she) may listen to the score and find it a not always pleasant, but certainly serviceable accompaniment to its film. And he or she would be right - could one ignore the existence of a certain avant-garde composer and his score to a certain Shakespearian film, 300 could be considered a serviceable, five-to-six-star score.

But Elliot Goldenthal does exist, as does his genre-bending score for Titus and the track 'Victorious Titus', which is shamefully copied note for note and word for word into 300's 'Returns a King' cue, down to the slapping metallic percussive march that emerges from the massive choral chanting. This is not a gentle homage or a tip of the hat to the temp track - this IS the temp track. Only it's labeled as 'Music by Tyler Bates' on the album cover. The word for this - no other words for it - heinous crime, is plagiarism. Add the fact that 'Remember Us', 300's last track, also references Titus heavily, and one can understand the disdain piled upon Bates by the film score community.

That said, even without the fact that this score breaks the law, it certainly isn't a fine musical work. When it isn't stealing from Elliot Goldenthal, it's ripping off a variety of historical-epic score clichés, most notably the 'wailing woman' idea pioneered by Hans Zimmer in Gladiator, and utilized in both James Horner and Gabriel Yared's versions of Troy. This has never been a particularly pleasant device, and its laughably overused status doesn't make a track like 'Goodbye My Love' any easier to stomach.

But the wailing woman is among the classier instrumental touches used by Bates. Worse by far is the putrid heavy-metal and rock influence. It's relatively harmless in the better action cues, merely adding another layer of volume to tracks like 'To Victory', but when the electronic sound design, samples and drum loops take over in cues like 'The Wolf', 'The Agoge' or the absolutely intolerable 'Fever Dream', you'll be reaching for the off button with your right hand while you grope for a barf bag with your left. At best, it's like an entirely classless version of Hans Zimmer's Black Hawk Down, and even that was fairly unlistenable. And, of course, Black Hawk Down is a modern war film, while 300 is a historical epic. It makes the action scenes look like rubbishy music videos (then again, the action scenes are directed like rubbishy music videos, so perhaps the fault is with the director rather than Bates).

At best, some of the tracks contain harmlessly pleasant, new-agey chord progressions ('Message for the Queen' is probably the best non-plagiarized track). But the fact that the two Goldenthal-based tracks far, far outstrip anything else the album has to offer says something about Tyler Bates' skill as a composer. It's ironic, but the Titus plagiarism actually makes this album better. One can't ignore the fact, though, that somebody - whether Bates or the director - should have been prosecuted for this, and reading amazon.com reviews comparing this garbage to Howard Shore's Lord of the Rings scores is a depressing reflection of mainstream demand in film scores. A blemish.
300 - 05/10 - Review of Tom Daish, submitted at 2010-09-10 18:41:45 en
300 is every gay historical epic lover's wet dream; men with improbably pert pecs, six packs and little leather skirts, leaping about athletically and stabbing each other in heroic combat, with orating in the breaks to forward the plot. There are some equally busty women, but 300 is really all about the men. Mind you, the Spartan ideology of freedom seems to come at the immense cost of ethnic cleansing its own people (throwing out the babies that are less attractive than the placenta) and sending teenagers to fight scarily thin, but terrifying looking wolves. Still, as long as the Spartans are free, then that's all peachy. As Matt and Trey say in the song, Freedom Isn't Free. Still, the comic book come to life style of the movie is terrific entertainment with the kind of old fashioned acting which is all charisma and screen presence, not character building or depth; Gerard Butler almost making up for his abominable turn in the utterly dreadful movie version of ALW's Phantom of the Opera.
Curiously, I had it in my mind that Brian Tyler had written the music for 300, indeed he seems an ideal choice, but it is in fact Tyler Bates who, disappointingly, doesn't have a brother called Master. My only previous 'experience' of Bates' work is the worthless garbage he foisted upon the world for Devil's Rejects, a score so bad I only listened to half of it. Fortunately, 300 presents a wider canvas, but then so did Titus for Elliot Goldenthal, on which portions of 300 lean heavily. As Mr Southall pointed out, 300 is likely to sell in far vaster numbers with most listeners not having a clue that some of the best parts - Returns a King and Remember Us, plus hints in Come and Get Them - are almost pure Goldenthal. Mind you, 300 doesn't have quite the manic tonal shifts of Goldenthal's masterpiece (don't read my review, it's old and my view on it has improved immensely since then), but it does have spades of Zimmer-ish percussion and ethnic wailing, not to mention a dose of Horner's Troy, but then all such historical epics are just starting to sound the same these days anyway (which is probably why Yared's Troy was rejected as it doesn't and all the better for it).

As a piece of entertainment, 300 is a decent enough effort. It doesn't have some of the longeurs of Horner's Troy, but it lacks the distinctive themes of Gladiator, after which parts of the film are clearly modelled (although most historical epics these days owe more than a little to Ridley Scott's original which still remains the benchmark for the recent swathe of such movies). Having said that, Bates' work is hugely derivative and shows little personality of its own and the best parts are too similar to other, better works by significantly more talented composers. I can't find myself judging it as harshly as Mr Southall as it's not exactly a dull listen, but as a disposable piece of overblown derivative nonsense, it fits the bill nicely. Like the movie. For those who are interested, the Amazon page has an interview with Bates and director Zack Snyder where they discuss the score. Goldenthal, Zimmer and Horner don't get a mention. Quelle surprise!
The music of this soundtrack was used in: