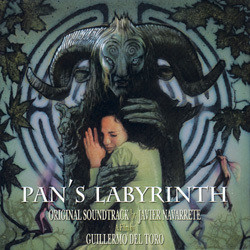 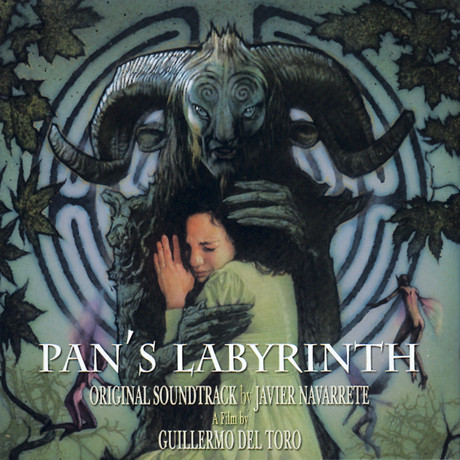 Show reviews in other languages
Pan's Labyrinth - 08/10 - Review of Andreas Lindahl, submitted at 2008-01-20 21:25:40
It's always wonderful to be positively surprised by composers you know absolutely nothing about. Spanish composer Javier Navarrete, for example, who has composed on of the best scores of 2006 for Guillermo del Toro's excellent Pan's Labyrinth (El Laberinto del Fauno). Navarrete seems to be del Toro's composer of choice when it comes to the scoring of his non-English movies, since the composer also scored the director's El Espinazo del diablo (The Devil's Backbone) back in 2001, while Marco Beltrami usually takes care of the scoring duties for del Toro's American movies, such as Hellboy and Mimic.

Pan's Labyrinth is a violent and dark story, with elements of fantasy, and this is of course reflected in the score. The music is often dark and filled with tension and dread. But it's also a very elegant and fragile score, with orchestrations dominated by strings, woodwinds and piano, with some use of choir, harp and brass. A simple, but quite beautiful, lullaby acts as the score's main theme. Hummed by a lonely female voice in "Long, Long Time Ago", this theme both opens and closes the score and soundtrack album. Its appearance in tracks like "A Tale" (where it gets a more robust and dramatic treatment, over a steady cello, bass and brass rhythm), "Mercedes' Lullaby", "A Princess" and "Pans Labyrinth Lullaby" all belong to the highlights of the score. This melody is also used as diegetic music in the film, performed on screen by some of the characters, and this close bond between film and score makes the music even more effective and memorable.

Another reason the score works as well as it does is because Navarrete never allows the music to become too intrusive and obvious. For a film with so many fantastical, fairytale elements, it's tempting to overstate the music - to make it too magical, or too grand. But Navarrete skillfully walks the tightrope and never slips and falls. The score heightens the drama and actions on screen, but never fully takes over, which makes the start of the end credits ("Pan's Labyrinth Lullaby"), with it's final statement of the lullaby theme performed by a lonely violin, incredibly effective and devastating, It's hard not being moved and touched by such delicate scoring. The piano also lends the music a very fragile character, as it is usually given the task to support the orchestra by playing broken chords in the higher registers. But it's also given a solo role in some cues, such as the already mentioned "A Tale" and "The Funeral".

But the score is far from delicate and tender all the time. As the movie progresses the score gets darker and darker, with more and more dissonance and tension. "Not Human" and "Deep Forest" both features some really violent music, with a lot of dissonance and atonal writing. As does "Mercedes" with its dramatic tremolo strings. This is where the horror portion of the score is allowed to stretch its legs. But the tenderness returns again towards the end of the album, and the choral sotto voce performance of the lullaby in "A Princess", where the humming voice also returns, is heart-achingly beautiful.

All in all, Navarrete has composed an excellent score, which unfortunately is a tad too long on album, and therefore - because of its nature - also somewhat exhausting to listen to from start to finish. But that's a minor complaint, really.
Oscars: Best Original Score (Nominee)