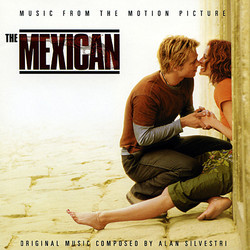 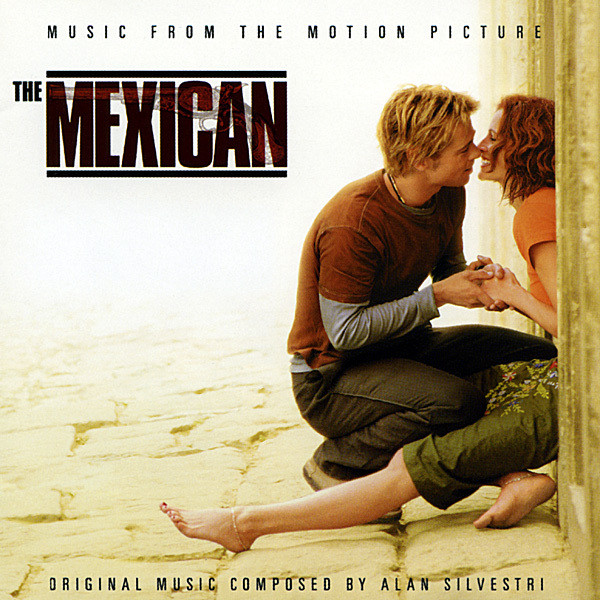 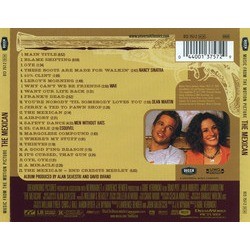 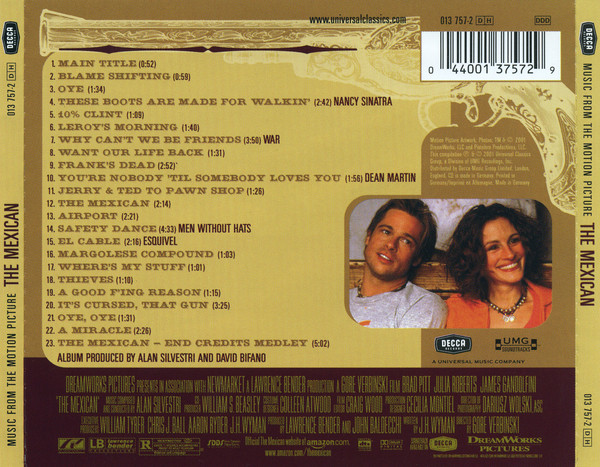 The Mexican - 06/10 - Review of Tom Daish, submitted at 2010-10-09 12:33:02
Alan Silvestri, while hardly renowned for writing western scores has actually written two fairly entertaining pastiche efforts in the form of the Morricone inspired The Quick and the Dead and the more Bernstein-like music he added into the mix for his third Back to the Future effort. With The Mexican, the musical spoofing seems to be even more pointed with most aspects of Morricone's western style put through the mill. In fact a couple of moments could quite easily come from a Morricone score.

The Main Title is a rhythmic strings and choral backing to a bracing trumpet solo, similar to the main theme from The Quick and the Dead and while short, starts the album off in an extremely promising way. Blame Shifting is a twanging guitar with alternate harmonica and whistled melody. Certainly it wouldn't have sounded out of place in some of the less serious western scores Morricone has penned. The full Mexican flavour can be found in Oye, which comes across as a kind of spoof Mexican festival song which is great fun. These ideas appear several times throughout the score, although in rather short segments. Therein lies the album's biggest problem. The tracks are simply often too short to go anywhere and the experience becomes a little disjointed after a while.

In amongst the short and fairly incidental tracks, there are still plenty of little gems. Jerry & Ted to Pawn Shop bounces along into The Mexican which features the trumpet with strings and choir theme in full rendition. Admittedly it's only a slightly longer version of the opening presentation, but its heroic audacity is certainly very welcome. The western elements are seemingly jettisoned for a more gentle, romantic theme which is unfortunately usually presented rather quietly and it doesn't always hold its own next to the overbearing Morricone moments. It does, however, soar during Airport as Silvestri allows it to swell quite melodramatically, even if the ensuing song performed by Men Without Hats (a band about which I know zero) rather ruins the mood.

Most of the others songs thrown in by the likes of Dean Martin and Nancy Sinatra actually fit quite nicely within Silvestri's underscore, although I'm sure many people will program them out. Nancy Sinatra's These Boots Are Made for Walkin' being especially suitable given the way it's arranged. Despite the slightly choppy feel in places, there are plenty of great moments and some striking material that makes it well worth a listen, even if it doesn't quite come together as well as it might. Had this been a proper western spoof (in other words The Quicker and the Still Dead or something) it might have allowed for slightly longer cues which would undoubtedly have enabled Silvestri to expand things more successfully. I should imagine The End Credits are likely to find their way onto a few Western compilations in the future.
Trailer:

I Do, J. Geils Band (song(s))
These Boots Are Made For Walking, Nancy Sinatra (Movie)