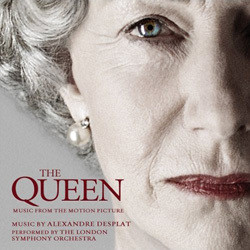 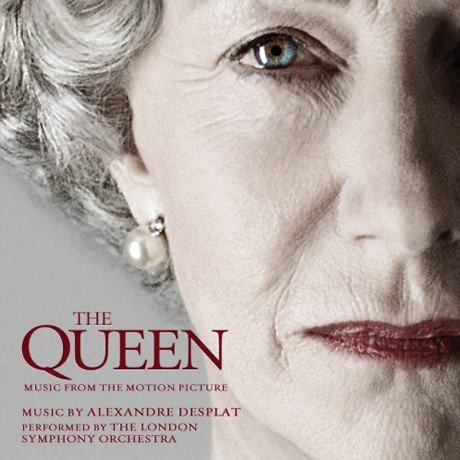 Show reviews in other languages
The Queen - 06/10 - Review of Andreas Lindahl, submitted at 2008-01-20 21:25:40 en
French composer Alexandre Desplat, who seems to be on a roll at the moment, was only given a couple of weeks to compose and record a replacement score for Stephen Frear's praised The Queen, with Helen Mirren as Queen Elisabeth II, after the original score by another composer was rejected. The film focuses on the time immediately after the death of Princess Diana in 1997, and the British Court's inability to, well, behave as normal human beings. Interestingly, at the start of the film Mirren's excellent portrayal of the Queen is far from flattering, but towards the end one cannot help but feel a lot of sympathy for the British monarch. Not so much for James Cromwell's Prince Philip, however, who appears to be totally clueless throughout the film, and rather talks about stalking deer than doing anything else, really. It's a great performance, none the less, as is Michael Sheen's Tony Blair.

Anyway, back to the score. Desplat's music for the film is light, upbeat and a little whimsical most of the time. It has a certain elegant touch, with occasional stately flavors - French horns, for example. Strings and woodwinds dominate the orchestral palette, with appearances of brass, percussion and harpsichord from time to time, as well as some electronics. However, it's also quite restrained, with a lot of tracks dominated by pure rhythm, such as "A New Prime Minister", where soft timpani keeps a steady beat under subtle harp and strings, giving the music an urgent but also a somewhat tongue-in-cheek sound. The theme for the Queen is a heartfelt, slightly sad, theme which appears throughout the score, in cues such as "The Stag", and the whimsical main theme is charming and cute in its simplicity.

However, even though Desplat's score works great when its heard in the actual film, on CD it becomes a little dull from time to time, with pure underscore dominated by light, fluttering woodwinds and lots of rhythmic ideas. On CD, the score gets more interesting when the more emotional material is allowed some breathing space, such as in the soft "Mourning", with its sad and almost crying strings, or the similar "River of Sorrow". The lighthearted waltz in "Elizabeth & Tony", with its high strings, harp and harpsichord is also quite charming and the closing "Queen of Hearts", adds some much needed serious drama to the entire score. All in all, Desplat's The Queen is a little too understated to be fully enjoyable on CD. It's effect on the film is great, however, so it's not hard to understand why the score got nominated for an Academy Award.
The Queen - 08/10 - Review of Tom Daish, submitted at 2010-09-08 22:39:51 en
Recently Alexandre Desplat has been widening his genre experience with some very fine thriller/action scores, notably Firewall and Hostage, but Desplat's most accomplished work is with more serious, dare I say, worthy films. The Queen is set in the days following the death of Princess Diana and the Royal Family's rather staid and cold reaction to what felt like a national tragedy, indeed, there seemed to be outpourings of grief far in excess of her achievement and unusually public for the British. However, Diana's death is merely the backdrop and, as such, the score is not just melancholy paean to a dead Princess, indeed, one is occasionally surprised how sprightly it is, albeit with Desplat's typically deft touch.
Having said that, the titular opening cue introduces the rather low key and sober main theme; not one of Desplat's most indelible creations, but anything more would probably overplay the composer's hand. However, Desplat is not a composer to wallow and with Hills of Scotland the pace picks up a little, all the while reflecting the beautiful, rugged Highland landscape. Perhaps surprisingly, there are a number of rather jaunty cues; the two People's Princess tracks feature a skittish electronic bass line, chugging strings and the melody on harpsichord while A New Prime Minister almost feels more suitable for a light moment in a Jane Austen movie. Naturally, Mourning is actively sombre, but there is never any feeling that Desplat is about to launch into an Adagio for Strings style elegy, he keeps the string writing fluid, but resists the temptation to build to ever more melodramatic heights.

For better or worse, the score's only real outpouring of grief is the Libera Me from Verdi's Requiem, performed at Diana's funeral. It is, of course, a splendid musical epitaph, but in the context of the album seems a little ill at ease with Desplat's own music in both style and content. However, being at the end, it is easily omitted. The Queen is not Desplat at his most thematically striking, but the melodies do ultimately reveal themselves and are presented with the composer's always fine and delicate orchestration. Naturally, the London Symphony Orchestra play with distinction, not that this is the kind of music to tax a great orchestra, but just adds that final veneer of quality on another splendid offering.
Oscars: Best Original Score (Nominee)
World Soundtrack Awards: Soundtrack Composer of the Year (Winner)